A Look At Stockholm's Well-Known Relationship With Eurovision 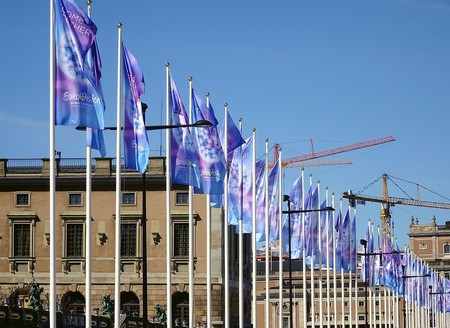 Eurovision and Sweden—the second most successful nation in its history—is a love story almost as old as the competition itself. The contest helped to launch the careers of ABBA, one of Sweden’s most famous exports, and the TV broadcast of Melodifestivalen, where the public pick who will be Sweden’s entrant is one of the country’s most watched TV programs. Over 13 million votes were cast in the 2017 final as Robin Bengtsson was selected as Sweden’s entrant for Kiev.

Stockholm is the epicenter of Sweden’s romance with Eurovision and the competition has been hosted in Sweden’s capital three times. Melodifestivalen sells out Stockholm’s biggest stadium, Friends Arena, every summer. To celebrate this warm and special relationship, an exciting exhibition about Eurovision called “Good evening Europe” is on at the ABBA museum in Stockholm. The exhibition features costumes from a number of superstars, including Celine Dion’s from Eurovision 1988, as well as other exciting memorabilia.

With that in mind we thought it would be fun to take a trip down memory lane and explore the history of Eurovision in Stockholm. 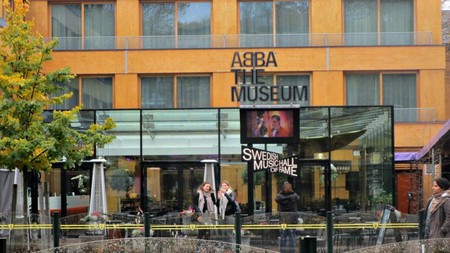 The exhibition is here, at the ABBA Museum | © Graham C99 / Flickr

Despite Sweden’s ardor for Eurovision running deep, it took them a while to win their first competition. They debuted in 1958, (the third ever Eurovision) but it wasn’t until 1974 when they finally took the crown. They had come close in 1966 when they finished as runner-ups, but it took an extra special song for them to become champions.

ABBA were already fairly famous in Sweden when they stepped up to represent them in Brighton in 1974. They had failed to win Melodifestivalen in 1973 but decided to take another crack at it in February of 1974, settling on Waterloo as their entry and this now iconic anthem took Sweden by storm. They came to the contest full of experience and know-how after learning from the mistakes that saw them fail at Melodifestivalen in 1973. Europe adored Waterloo as much as Sweden had, and ABBA won the right to bring Eurovision to Stockholm for the very first time. The city of Stockholm was beyond excited to put on a show in 1975, which represented a special moment for Sweden, a country that was so enamored with the competition.

It was held at the then recently built Stockholm International Fairs and Congress center which, at that time, featured cutting-edge facilities and a futuristic design. SVT, the Swedish broadcaster, chose Karin Flack, a legendary broadcaster, to present it. Despite challenges, including the Portuguese contestant being keen to wear his army uniform and carry a gun onto the stage, the contest was a great success, with Stockholm putting on a real spectacle. Melodifestivalen selected Lasse Berghagen, who had been the runner-up to ABBA the year before, to defend Sweden’s crown. Unfortunately for the home crowd, Lasse finished eighth, some way behind the winner from the Netherlands, with their catchy “Ding a Dong.” But Stockholm’s first Eurovision had been a success. 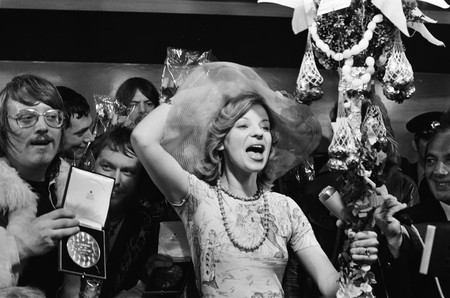 The competition returned to Sweden in 1985, following the victory of that Eurovision favorite “Diggi Loo, Diggi Ley” (performed by a group rather disparagingly dubbed “the dancing deodorants”). However, it was held in Gothenburg rather than Stockholm and in 1992 Malmo was the host city. The citizens of Sweden’s capital would have to wait until 2000, when the first Eurovision of the new millennium took place at the Globe Arena, the world’s largest hemispherical building. The song that had secured them this honor was “Take me to Your Heaven,” which took full advantage of the new rules that non-native languages could be used.

It was the first time Eurovision had been broadcast in the United States, Canada, Japan, and Australia. The presenters were Anders Lundin and Kattis Ahlstrom, who kept the show light and fun, ensuring that from a hosting point of view, it was a success.

However, in terms of the competition, Sweden performed only slightly better than the last time Eurovision was in Stockholm, with their entry, Roger Pontare, finishing 7th as Sweden’s Scandinavian rival, and fellow Eurovision lovers Denmark picked up the win. It was still a very special and memorable night for Stockholm and one filled with a great deal of hope and excitement about the new millennium. 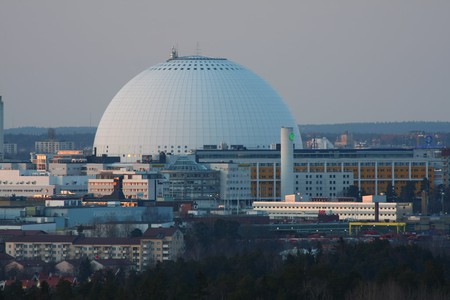 Sweden took home the crown again in 2012 with Loreen’s stunning anthem “Euphoria,” but decided that the Malmo arena would be the venue for its 2013 show. In 2015, artist Mats Zelmerlow romped to victory in Melodifestivalen, winning over 35% of the vote, before repeating the trick in Vienna. His song, “Heroes,” received the third highest points total in the history of Eurovision to hand an ecstatic Sweden the chance to welcome Europe again.

Stockholm grabbed this chance with both hands, deciding to turn their 2016 show into a real nostalgia fest with Zelmerlow co-hosting alongside Petra Mede, the witty and acclaimed presenter from Malmo in 2013. They showed a video clip that examined Sweden’s long and passionate love of the song contest and covered the city with posters. Even the buses were adorned with little Eurovision flags, and the fan village was full of quirky memorabilia, games, and events, including a chance to be photographed with a replica plastic trophy while being showered with confetti.

It was held at a packed out Globe Arena, with fans traveling from as far afield as Australia, and was the most watched Eurovision ever, with over 204 million people tuning in. It was won by Ukraine, with hometown hopes pinned on Frans Jeppson, who finished in a very respectable fifth place. That was Sweden’s second-best performance as defending champions, bettered only by Kikki Danielsson in 1985. 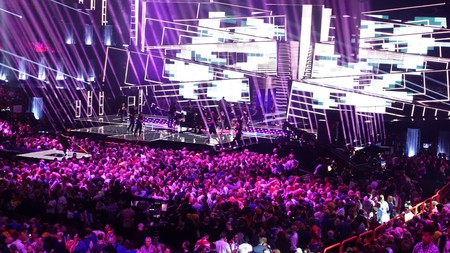 Stockholm was rewarded with the prestigious Rose d’Or entertainment award for best entertainment broadcast in recognition of how well hosted the show was with popular Eurovision news site “escYOUnited,” calling it, “one of the best ever.”

Stockholm adores Eurovision. It has launched one of its biggest stars, united the community, and given this beautiful city the chance to showcase itself to the world. The fact that Stockholm was selected to have an exhibition celebrating sixty years of the competition is no surprise and many Stockholmers will be hoping the city can put its unique mark on Eurovision again in the near future.