A Guide to Stockholm Archipelago

With more than 30,000 islands reaching far out into the Baltic Sea, the Stockholm archipelago offers everything from glittering nightlife to remote solitude. And the well-developed ferry system gives travellers the chance to explore to their heart’s content. Some islands are hopping with life, while others are completely uninhabited, except for the local wildlife. 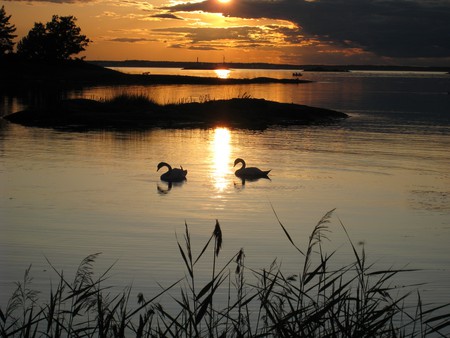 You’re free to explore all islands, although you must respect local property, even when enjoying Sweden’s famous ‘right to access’, which allows you to pitch your tent for one night in any spot, as long as you are about 150 meters away from any houses or farmlands. If you want to stay longer, you can get permission from the land owner. Swedes are generally quite happy to let you stay, as long as you don’t inconvenience anyone. It’s a great way to save money as well as meet the locals. 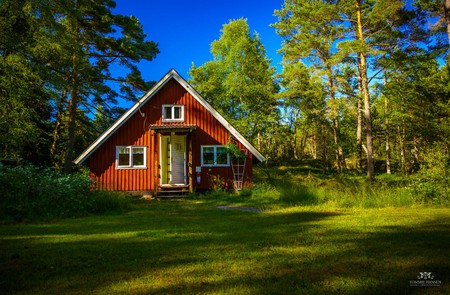 Camp in the archipelago | ©Tommie Hansen/Flickr

Sandhamn is arguably the most glamorous island in the archipelago. Technically speaking, Sandhamn is the name of the main town on the island, which is actually called Sandön (Sand Island), but everyone calls it Sandhamn and you can too. The ferry trip is just over two hours and there are several companies that serve the island, including Cinderella and Waxholmsbolaget. Once there, you can rent bikes, kayak, or swim, and it’s also the home of the Royal Swedish Yacht Club so sailing is high on the list of things to do. Sandhamn Hotell & Konferens hails from the 17th century and is the centre of life on the island, with great food, a terrace offering killer views, and partying well into the night. While this is a great place to stay, there are plenty of small cottages to rent, as well as hostels, and there’s even the option of camping. Sandhamn is also the setting of one of Sweden’s favourite murder mystery series, the Sandhamn Murders. 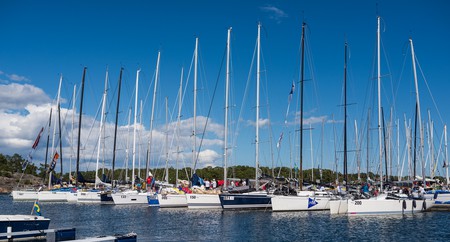 If you’re in the mood for something a bit more rustic, you won’t go wrong with Möja, which many consider the classic archipelago island. About three hours by ferry from Stockholm, glam is not the name of the game here — instead it’s all about getting back to basics and getting back to nature, which means berry picking, biking, hiking, sea kayaking, and all those other glorious outdoor activities. The local population is made up of fisherman, craftsmen, and those who run the local shops, places to eat, and B&Bs. Möja is home to one of Sweden’s most famous fish restaurants, Wikström’s Fisk, which enjoys a well-deserved reputation for serving up the freshest catches around. Midsummer celebrations here are legendary and you want to be sure to visit the historic old wooden church just by the ferry landing — the history is fascinating and the local guide full of stories. 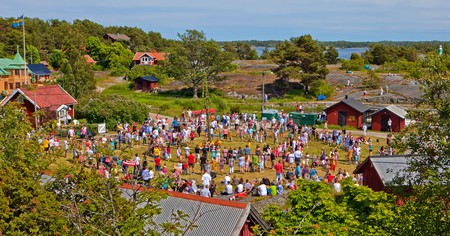 Just one hour by ferry from central Stockholm, Grinda has been inhabited since the Middle Ages and is most famous for Grinda Wärdshus, the gorgeous Art Nouveau mansion built by Henry Santesson who was the first director of the Nobel Foundation, in 1906. Today, the building is an inn and well worth stopping by for a meal in their famous restaurant or to stay the night. Parts of the island are a nature reserve, and swimming is one of the main activities here. Bring a tent with you if camping is your thing. No reservations are needed and you’ll be sleeping blissfully by the sea — where the far away calls of early morning sailors will gently wake you.

Another island to put on your list is Utö, which is the southernmost island in the archipelago. You can grab the ferry from Strömkajan and after three hours of stunning scenery on the boat you’ll be deposited in to the midst of some serious charm. Check out the old mill (Utö kvarn), built in 1791, the small mining village Gruvbryggan, and the beaches on the southern side of the island, where volleyball is dominant. 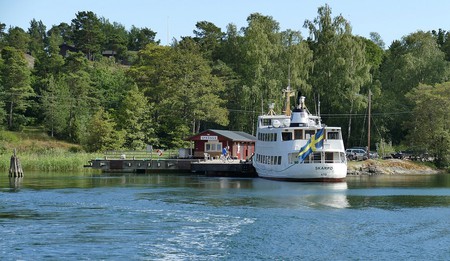 For a quick day trip, head to charming Vaxholm or Fjäderholmarna. This is where the archipelago begins and while you can reach both by bus or car in under an hour it’s worth taking the ferry for the sheer beauty. Vaxholm fortress, on an island just a three-minute boat ride from the main town, is alone worth the trip. You could spend all day exploring this massive structure, which is essentially a giant museum. For food try Waxholm Hotel — and if you can’t quite bear to leave, book a room for the night. Fjäderholmarna, just 20 minutes by boat from Stockholm, is actually four islands, with a thriving artistic community and two very popular restaurants, Fjäderholmarnas Krog and Rökeriet, which enjoy a prime location at the harbour. 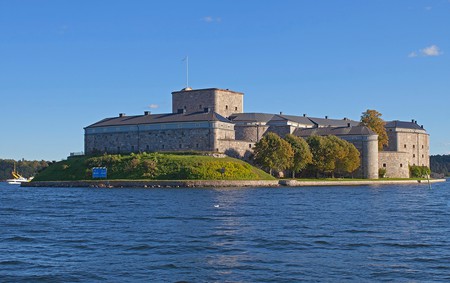 Essentially, the Stockholm archipelago is there for the taking. The best advice is to hop on a ferry and start exploring. You can go near or far, day trip or spend nights across the chain of islands, although note that the ferries don’t run as often in the winter. Once you’re out there, though, you won’t want to leave. 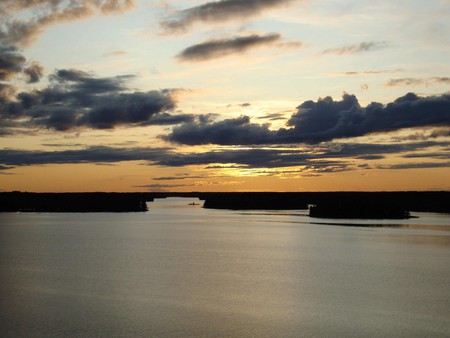 Serenity in the Stockholm Archipelago | ©lindiwe9/Flickr

Here is a map to guide you to the best of the Stockholm archipelago: