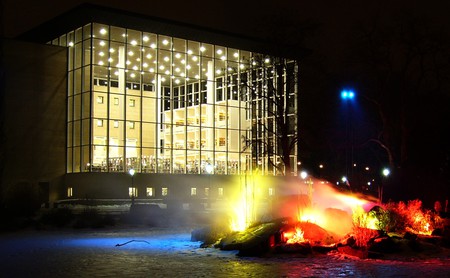 The Calendar of light is a lovely building | © Knuckles / WikiCommons

The city of Malmo has always been a little different from its larger cousins, Stockholm and Gothenburg. It is very close to Denmark, giving it a more cross-border feel. It is in the province of Skane, which was not part of Sweden until the 17th century, and it is a very diverse city with influences and people from across the world. It is also a city that has embraced bold and exciting architectural design decisions in several of its most recent buildings. If you are in the city, it is worth exploring all of these beautiful structures. Here are nine of the best of them.

Perhaps the greatest modern architectural triumph in the city of Malmo, the Turning Torso is Sweden’s tallest building and is truly spectacular. The way it has been designed looks as if the building itself is twisting around and it is as impressive from afar as it is up close. It is 190 meters high and features 54 floors. It is a residential building, meaning that it is only open to the public a few weeks a year but it is really the outside that is worth seeing anyway. It was opened in 2005 and was awarded the prestigious Emporis Skyscraper Award. 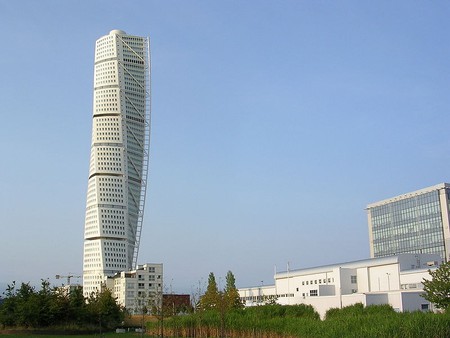 The turning torso is a Malmo Landmark | © Väsk / WikiCommons

Getting from Copenhagen in Denmark to Malmo in Sweden used to be a real chore, with traffic congestion causing issues and boats being unreliable and in thrall to the weather. The Oresund Bridge changed all that. Built between Sweden and Denmark, the bridge was a highly ambitious and bold project between the two countries, which created a stunning and useful structure that has made people’s daily lives easier. Both trains and cars cross the bridge and it is wonderful to look at, both if you are crossing it or looking from afar. 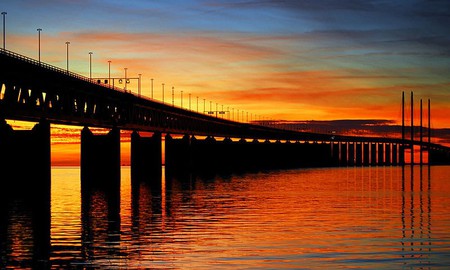 The bridge is both beautiful and functional | © Richard Dennis / Flickr

Often hotels play it very safe when they decide to build new places to stay in a city. It can be very easy for designers to make something unoriginal, rather than trying to add a new and exciting building to a city’s skyline. Luckily for Malmo, the people behind the Clarion hotel decided to do something bolder. It is made up of three white towers of differing sizes, with the largest one being 85m tall. It is striking and interesting, and contains a large conference as well as an events center that hosts some of Malmo’s most popular functions. 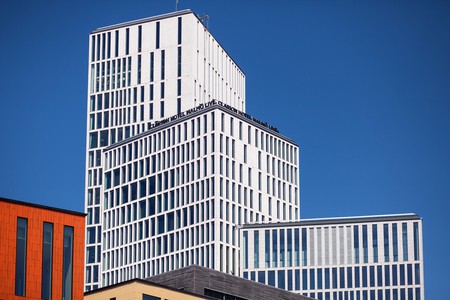 The Clarion is striking and fun | © Hakan Dahlstrom / Flickr

The World Trade Center in Malmo is a great example of modern design and sustainability coming together. It is built with a huge double-glass front, which lets a great deal of light in and helps to keep the building warm in winter. It’s near the Turning Torso, in Vastra Hamnen, meaning you can easily walk from one to another and see both. It is an office complex, so it’s not the most beautiful building inside, but outside it is lovely. 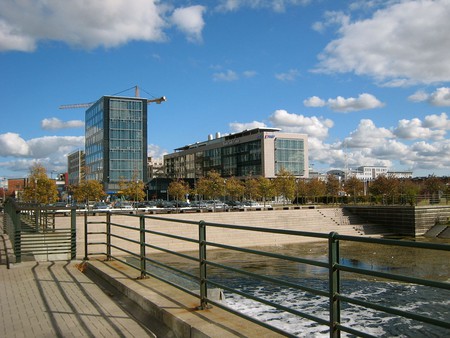 The old and new come together in Malmo Stadsbibliotek, which was first opened all the way back in 1905 and served as a home of learning and education in the city. It was moved to a new location in 1946 but by the 1990’s it was clear that there was a need for something new for the city’s growing population. Thus, a Danish architect was commissioned to build a new library building. Henning Larsen built what he called ‘The Calendar of Light’, a beautiful glass structure with huge, clear panels to let light in. It is a lovely place to just sit and read a book. 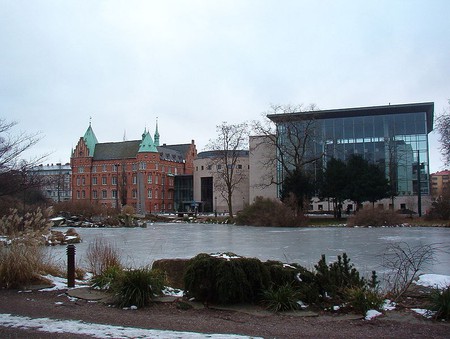 Shopping centers are areas of modern design that have shown a surprising amount of creativity and innovation in recent years. The striking Mall of Scandinavia in Stockholm and The Bullring in Birmingham are both great examples of that. As is Emporia, Malmo’s amazing shopping centre, which was dreamed up by architect Gert Wingårdh. It has amazing curves and angles that make it look more like a spaceship than a shopping center, and with an area of 93,000 square meters, there are over 200 shops to browse. 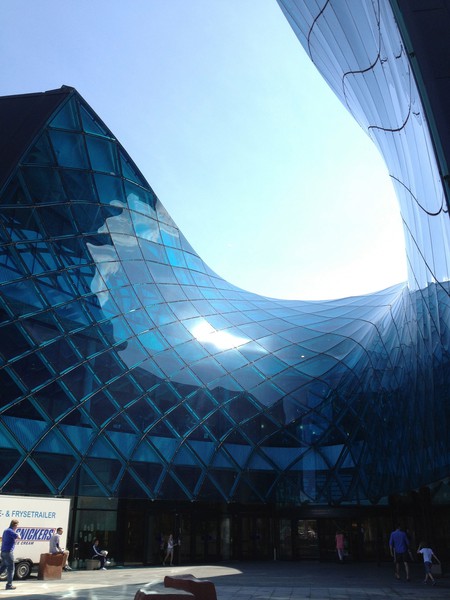 While Stockholm’s metro stations are famed for their stunning interior art, at Triangeln station, the real art is outside of it. Opened in 2010, the south entrance to the station looks like a futuristic silver whale with its sloping design and protruding flipper-like fins on its side. You can hop on a train that will take you to the Oresund bridge from there and it is also next to a large shopping centre, which has the same name. It is right by St John’s church, an old architectural landmark of the city. 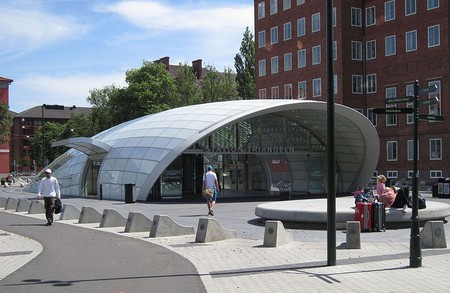 About as beautiful as a station can be | © FastilyClone / WikiCommons

Malmo FF are Sweden’s most successful domestic club, having won the Swedish title 20 times. They also reached the European Cup final in 1979. Therefore, when they decided they needed a new stadium, they wanted it to reach the same heights as they did on the field. Opened in 2009, it is a beautiful stadium with sloping sides, a large main stand and top-of-the-range facilities. Its capacity is 24,000, which means it is nearly always full and is a UEFA category four stadium. It even has a corner named after former England manager Roy Hodgson, who won five titles when managing the club.

Soon to be Malmo’s second highest building, The Point at Hyllie is a project that is currently in progress and will feature four different high-rise buildings, with the highest set to be 180 meters tall. It will be a residential and office complex, giving important new homes and offices to a growing city and spectacular views to those who live there. The area will have its own train station as well as quick access to Copenhagen. It is a sign of the growth and popularity of Malmo. 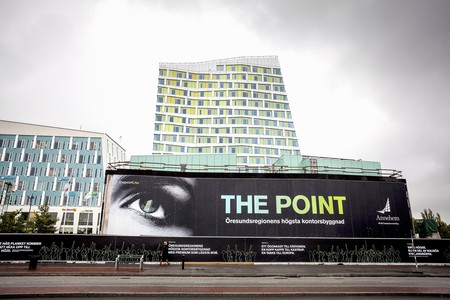