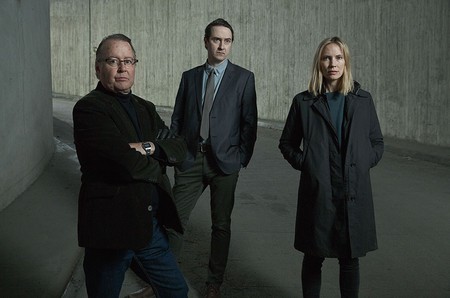 Nordic cinematography is known for dark and gritty crime dramas. Beck, Wallander, Borgen and The Killing are the most familiar names on the television, while The Hunt (2012), Northwest (2013) and Pioneer (2013) lead among the movies.

The genre is popular in the region and Nordic crime dramas are acclaimed all over the world. Here, we delve into the best of Swedish crime dramas in recent years, and pick out the very best to immediately put on your must-watch list.

While definitely classed as a crime drama, Jordskott is unique in that it weaves elements of mystery, crime and fantasy into its storyline through masterful use of dialogue, cinematography and music. The plot follows police detective Eva Thörnblad, wonderfully played by Moa Gammel, who returns to her hometown to investigate the disappearance of a young boy, seven years after her own daughter went missing. Rumblings of assent that this might be the greatest show ever are starting to appear outside of Sweden, so get on that bandwagon quick so you can be one of the ones who said “Didn’t I tell you it was awesome?”

Oskyldigt dömd was another successful crime drama series that aired in 24 episodes in 2008 and 2009. The series followed university professor Markus Haglund, who fought to overthrow convictions of those wrongly accused. After five years of research at Uppsala University, intertwined with years of alcohol abuse, Professor Haglund is asked to teach a criminal law course. Together with his four students, Haglund starts to help free those innocently convicted through his course. The role of controversial professor Haglund was played by Mikael Persbrandt.

Jägarna is one of the most successful classics of Swedish crime drama of the last two decades. Released in 1996, the movie follows a police officer who returns from Stockholm to his home town of Älvsbyn and starts investigating a case about reindeer poaching. It is a complicated story between family relationships, law and right and wrong. The film was one of the biggest Swedish box-office hits ever and received two Guldbagge Awards, awarded by the Swedish Film Institute, for Best Director and Best Supporting Actor. The film’s sequel, False Trail, was released in 2011.

The Hypnotist is a 2012 film, based on the novel of the same name by husband and wife crime writing team Alexander Ahndoril and Alexandra Coelho Ahndoril (pen-name Lars Kepler). A police investigator calls a hypnotist for help on a case after a brutal murder takes place in a family home, leaving none alive except the teenage son. As the mystery appears darker than first assumed, the hypnotist and his family get caught up in the drama. This engaging and gritty film was selected as the Swedish entry for the Best Foreign Language Oscar at the 85th Academy Awards and, despite not making the final cut, remains at the frontline of Swedish crime drama.

A joint Swedish, Danish and German co-production, The Bridge is probably the most internationally recognised drama on our list, and is currently entering its third season. The first series opens as a corpse is discovered in the middle of the Øresund Bridge, which connects Malmö and Copenhagen. Swedish and Danish police must join forces to discover the murderer. This gritty drama has captured the attention of international audiences, having been broadcast across the Nordic countries and in the United Kingdom. The series was awarded two Golden Nymph Awards in 2014: Best European Drama Series and Best Actor in Drama Series for Kim Bodnia.