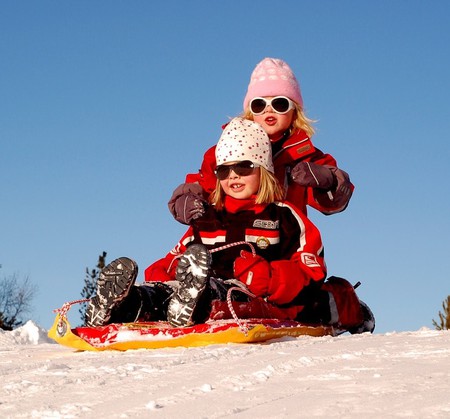 It’s no secret that Stockholm – and Sweden – is a winter wonderland in the colder months and one of the funnest, cheapest, and most laugh-filled things to do is to go sledding. The city is packed with great hills perfect for a slippery ride down, with some being more gentle than others. Here are the best ones to try out.

This vast park, just a ten-minute walk from Odenplan (you can also take a bus), is one of the perfect places to sled. The slopes are gentle enough for the kids while being steep enough to give the grownups a thrill. Even on the best days it’s rarely overcrowded due to its sheer size and number of options available. 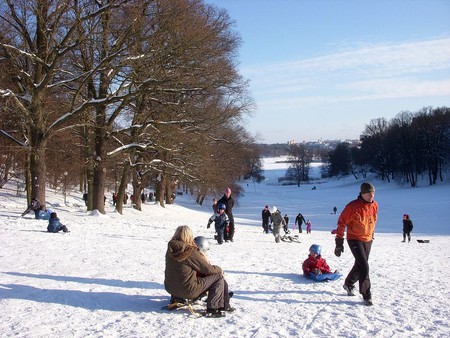 There are a couple of areas to sled in (and around) Observatorielunden, which is located close to Odenplan, off Drottninggatan. There is a gentle little kiddie slope and a crazy steep hill that only the bravest would slide down. Are you among the bravest?

Another one near Odenplan, Vasaparken is a true winter wonderland, with a full-sized outdoor ice skating rink that’s free for everyone to use, as well as what just might be the perfect hill in all of Stockholm. It’s pretty fast moving and be warned: local kids are known to build in invisible ‘jumps’ that might have you landing face first in the snow. Also, it can get icy, which only adds to the thrill for some. 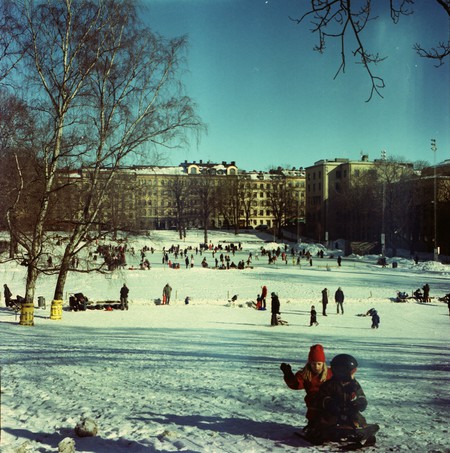 Located in Nacka just south of the city, this nature reserve is where people go to commune with nature. You can ski, swim (even in the winter!) and engage in plenty of other activities. The sledding here is perfect for the younger ones and the less brave, as the hills are fairly gentle. It’s a wonderful place to spend the day because anything outdoorsy that you’re into can be found here – and there’s a pretty awesome restaurant where you can warm up after the fun!

Located in the heart of the city, just on the edge of tony Östermalm, Humlegården has a fantastic playground and just by it are wonderful, gentle slopes for sledding (you can even borrow a sled from the playground as long as you’re sure to bring it back). There are quite a few trees to dodge, but don’t worry because you probably won’t pick up too much speed. 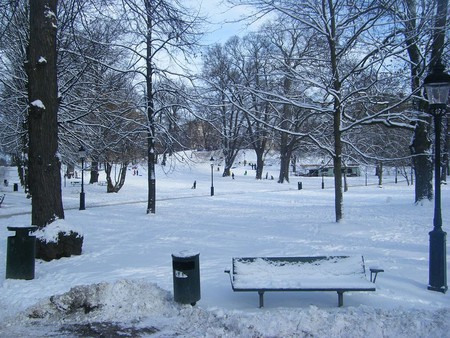 While not quite as centrally located as some of your other options, Nybohovsbacken is a star in the sledding circuit. Big hill, lots of speed, plenty of people about – it truly is one of the best places to sled. Also, since it’s in Liljeholmen, it’s just a quick tube ride away. If you’re unsure where to go just follow everyone else dragging a sled. Yes, it really is that popular.

Tanto has long been a favourite place for Stockholmers (just check out the picture from 1917!) and, if anything, its popularity has grown. Situated at the western end of trendy Södermalm, it attracts kids of all ages, including a healthy cross-section of hipsters who take to the hills ironically. 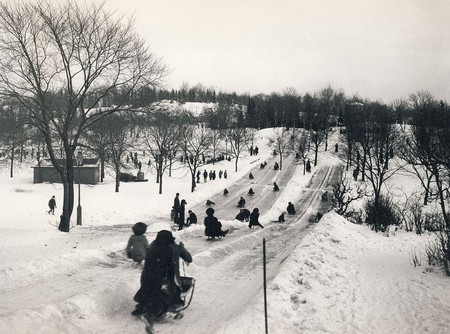 Stockholmers sledding at Tanto in 1917 | © WikiCommons

A bit of a hidden gem, Kronobergsparken is in the centre of Kungsholmen and offers a short, fast hill that is thankfully blocked at the end (or else you’d end up on the road). There’s also a playground (where you can borrow a sled if the kids haven’t already grabbed them all) and plenty of cafés close by for a warm, post-sledding drink.

The term lida means ‘slope’. This nature reserve in Botkyrka can be reached by commuter train (pendaltåg). In addition to a great hill, there are also 35 sprawling kilometres of nature including parkland, walking paths, running and biking tracks, and cross-country skiing options. The café is a great place to fika and you can also visit the gym and sauna. 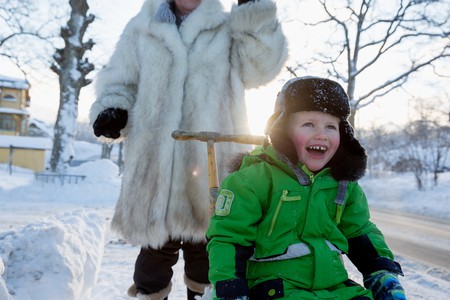 Sledding is fun for everyone | © Carolina Romare/imagebank.sweden.se

Södermalm may not be as blessed with sledding hills as the rest of the city, but what it lacks in numbers it makes up for in style. Vitabergsparken is one of Stockholm’s most beautiful parks, and here you’ll find not just kids but also plenty of SoFo locals keen to play in the snow. As it’s located in the heart of Södermalm you can hit some of the coolest bars and restaurants the city has on offer right after you’ve had some fun.

Wind-swept and oh-so-big, Gärdet is where you go after you’ve put on multiple layers of warm clothing. If you do that, you’re in for a treat as the hills go on and on and on. However, although they look like gentle slopes, don’t be deceived because you will probably pick up considerable speed. 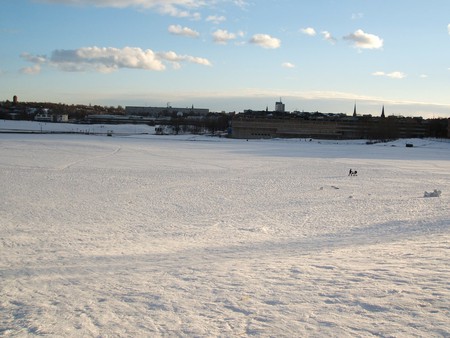 Use this handy map to find the best places to go sledding in Stockholm: