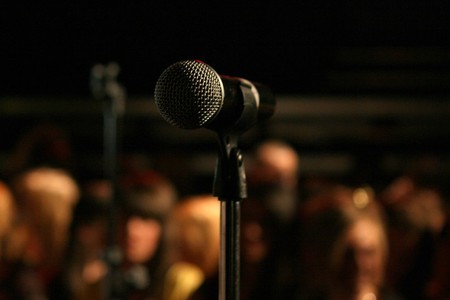 Swedes are not always known for their humour. To the outside world Swedes are often seen as relatively cold, rational and perhaps a little serious. While it is true you probably will not see Swedes walk arm in arm down the street squealing with laughter, in the right environment Swedes love to laugh. Stockholmers enjoy the opportunity to go to comedy clubs and to laugh the night away. A number of them have shows in English, with great stand-up shows, comedic theatre, and comedy festivals in Stockholm that cater for people whose Swedish is either rusty or non-existent. Here are 11 of the best places to check out for comedy lovers in Stockholm.

This is one of the biggest names on the Stockholm comedy scene. In fact, it’s website declares it as Stockholm’s most known stand-up venue. It is a classic first stop on any tour of Stockholm’s stand up offerings, with shows several nights a week and with both regular and special guests. They have shown both in Swedish and English, and while their program does tend to feature more Swedes than non-Swedish comedians, there is more than enough comedy in English to enjoy. You can either check out their website or give them a call to ask when the next English performer will be on. Located in the north of the city, it is easy to reach by bus or by t-bana—with Odenplan being the nearest subway stop.

They “make Sweden funnier”—or at least that is what they claim as soon as you log onto their website. Not only do they have regular nights with English speaking comedians, they have a whole page on their website devoted to helping English speaking comedy lovers find shows they can attend. Some shows are in both languages with a mixture of Swedish and English speakers. They have at least five shows there a week, so you are sure to be able to find something that will make you smile and roll around laughing. Greg Pohler, brother of superstar Amy, will perform there on January 18 as part of their English Comedy Monday’s. 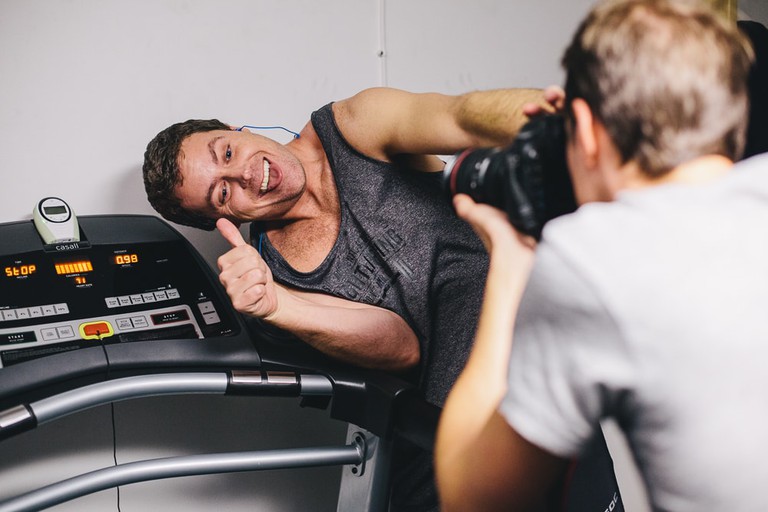 Greg Poehler will be appearing on January 18| © mynewsdesk/Wikicommons

As the name suggests, this is a festival rather than a club—however, it has a huge range of acts performing across the city in early September every year. There is stand-up comedy, comedic theatre and improv, so there is something for everyone. This year’s events included “Wisdomless,” which featured stand-up comedian Maria Shehata, Sameena Zehra with her hilarious show “Tea with Terrorists,” and Eleanor Conway’s brilliant performance “Walk with Shame”—all of which were in English. If you are in Stockholm in early September this festival is the best place to see comedy.

This is less stand up and as the name suggests, more of an improv style comedy show. Thursday Night Improv is hosted by the International Theatre in Stockholm, meaning that their shows are nearly always in English. Their nights usually have three different comedy groups putting on shows for the audience, as well as two new acts hoping to refine their work. These newer groups face off against each other, and the audience is given the opportunity to vote for their favorite. The International Theatre has different locations for different shows, but this show is held at Cafe String in hipster Sodermalm. 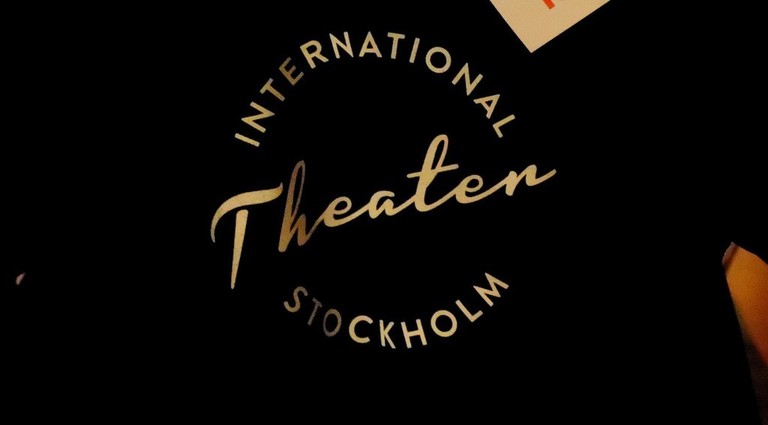 This is another of Stockholm’s comedy clubs that aims to promote itself as the best in Stockholm, calling itself Sweden’s biggest comedy club—it certainly does have an extensive line-up. Many of its shows combine English- and Swedish-speaking comedians so you can get at least a taste for Swedish humor while also enjoying something you can understand a little better. Their website lists which comedians are playing each show—and if their biographies are written in English then they will perform in English. It is very easy to find, as it is in the Hilton, right next to Slussen metro station. 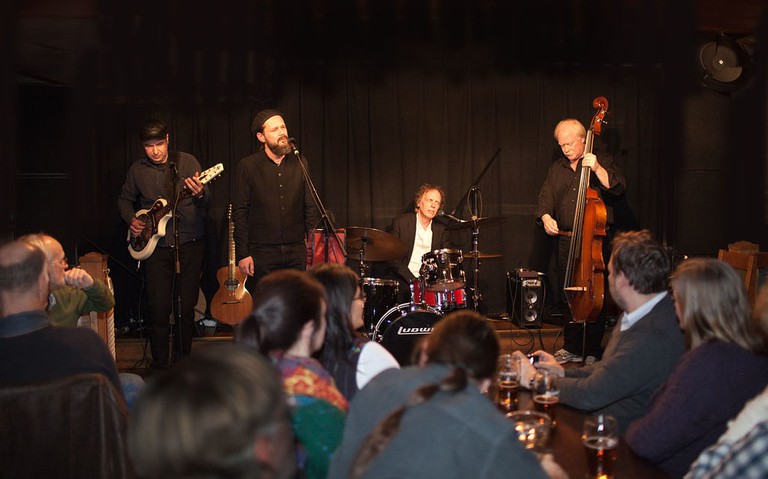 The Big Ben stage plays host to music as well as comedy | © Bengt Nyman/Wikicommons
Not only does the Big Ben Pub host a great comedy night, they run one to three times a week and it is free to go to. As it is a British pub, many of the acts are English speaking (although they do still have Swedish comedians, so make sure to double check online who is playing before you go). It is less than a five-minutes walk from Medborgarplatsen metro stop, and is a great pub to check out, even if there is no comedy on, as they also have live music on their stage. They feature the occasional improv night as well as stand-up comedy.

King Comedy are fairly new to the Stockholm scene and emphasize the fact they are fresh, calling themselves Stockholm’s best underground scene. A night at a Kings Comedy event ensures you will be seeing the newest comedians. They only occasionally have acts in English; however, it is free entry and many of the events include an after party, making them well worth attending. Their events are hosted at King’s Table restaurant, which serves modern British cuisine. It is on Sveavagen, one of the largest and most exciting streets in Stockholm, and the restaurant is just down the road from Radmansgatan t-bana stop.

And now we have Sweden’s self-proclaimed funniest stand-up club. The confidence levels regarding their respective offerings are clearly very high among comedy clubs in Stockholm. At Maffia comedy, they are confident, as they always put on shows of the highest quality. The venue has been around for over a decade, making it one of Stockholm’s oldest clubs, and there is a good reason it has stood the test of time. Once again, the club has a mixture of languages, but if you check their listings on Ticketmaster you can see which shows are in English. It is located in the Scandic hotel, but it is steps away from Medborgarplatsen t-bana. 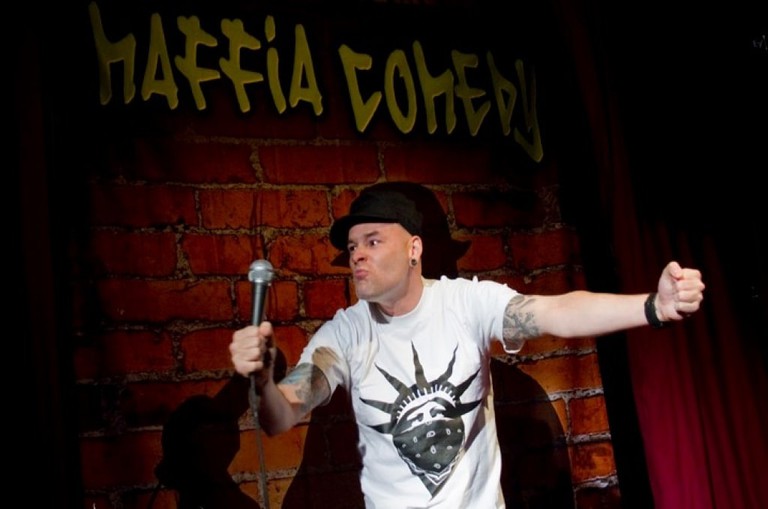 Another Stockholm stand-up club that doesn’t charge entry, Cash is a great venue if you want to see the freshest names on their way to stardom. Unfortunately, they do not list which comedians will be performing before each show on their Facebook page, but why not take a chance—it is free and in a great venue, so it is always worth checking out in case there are English speaking comedians on the bill. They host their nights in Sodermalm, at Green Bar on Hornsgatan, one of the area’s most happening streets.

Another event hosted at the International Theatre, Lost in Translation is all about what it is like to live as a non-Swede in Sweden and is driven by audience suggestions. The theatre has been putting on this show for five consecutive years, due to its popularity. It is usually performed in October and November, with at least eight shows per year. If you are in Stockholm around that time and looking for something hilarious, then it is the perfect show for you. It is held at Boulevardteatern on the lovely island of Kungsholmen. 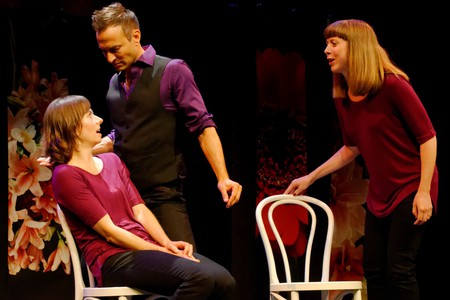 C.B. Comedy hosts a night every Wednesday and is on the same street as both Maffia Comedy and the Big Ben pub—so you could have a comedy club crawl if you wanted to! It has a very local and relaxed atmosphere, and is a small club mostly frequented by new or improving comedians. Some nights have as many as ten comedians, so there is always something for everyone. Again, make sure to check their Facebook page to see who is playing before.