Zaragoza's Most Beautiful Buildings and Where to Find Them

The city of Zaragoza lies in the north eastern part of Spain and is the capital of the region of Aragon. It’s filled with amazing buildings, many of which were designed in the Mujédar or Islamic style. Here are some of our favourites and where to find them. 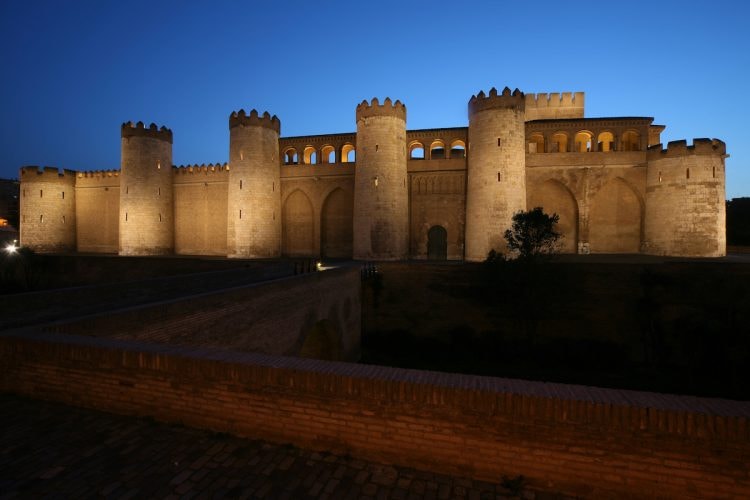 One of the top sights in Zaragoza is of course the Aljafería Palace. Built in the 11th century, this fortified Islamic palace is one of the best examples of Hispano-Muslim art in Spain. Decorated with elegant Arabic arches and intricate carvings, it was also later used as the palace of the Catholic Kings, and then a military barracks. Today it’s the headquarters for the parliament of the autonomous region of Aragon and can be visited on a guided tour. 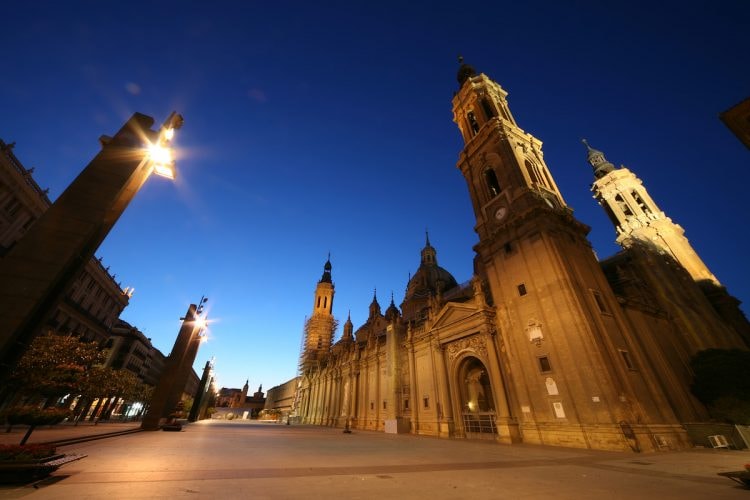 A dramatic Baroque cathedral, the Basílica de Nuestra Señora del Pilar was built on the spot where it is said that Santiago, one of Jesus’ disciples, saw the Virgin Mary ascend a marble pillar. Head inside to look around at its magnificent interior, then take the elevator to the top to enjoy some of the most spectacular views of the city.

Casa Solans is a villa built by the industrial flour magnate Juan Solans between 1918 and 1921. It was built next to his factory – La Nueva Harinera.  Decorated in polychrome tiles, it features the signs of the zodiac, and was nicknamed ‘House of the Azulejos’. 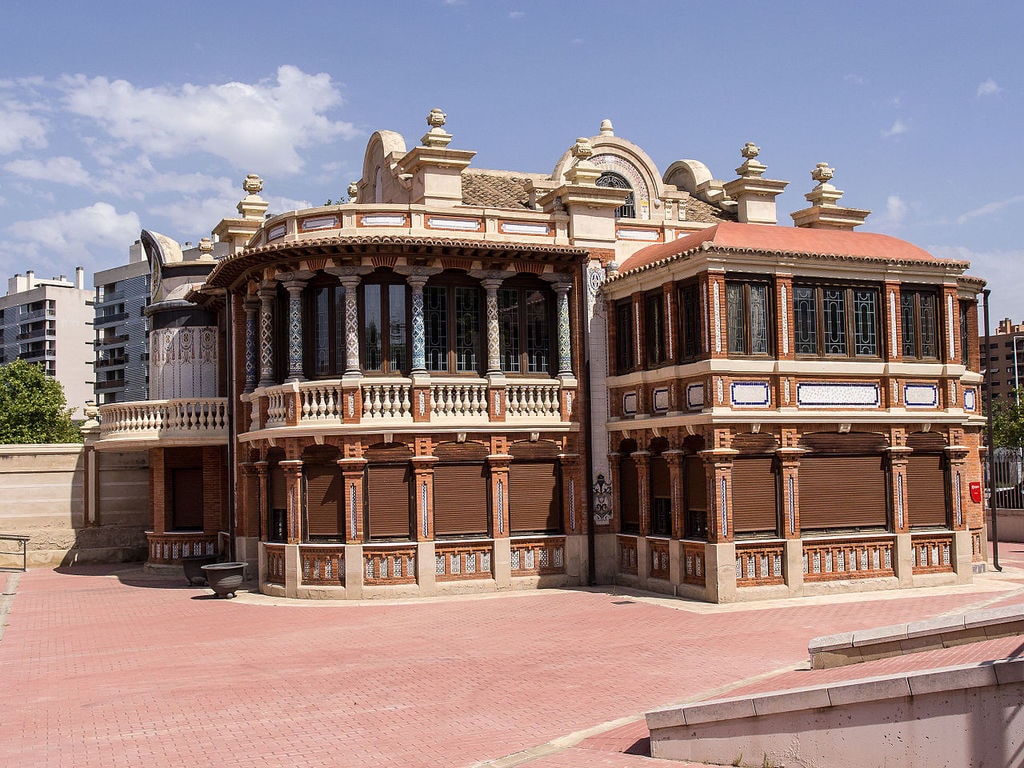 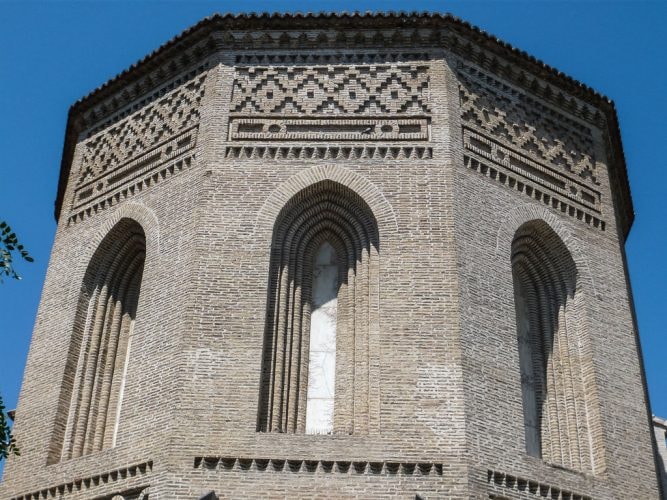 The church of Santa María Magdalena is a unique Mujédar-style church built in the 14th century. It’s heptagonal-shaped tower is studded with Islamic-style motifs, patterns and glazed ceramic tiles.

Zaragoza’s elegant bullring is the second oldest in Spain. Built in 1976, it was created in the Neomudéjar architectural style with Arabic arches and unique decor. It has capacity for 10,000 people and is still used for bull fights today. 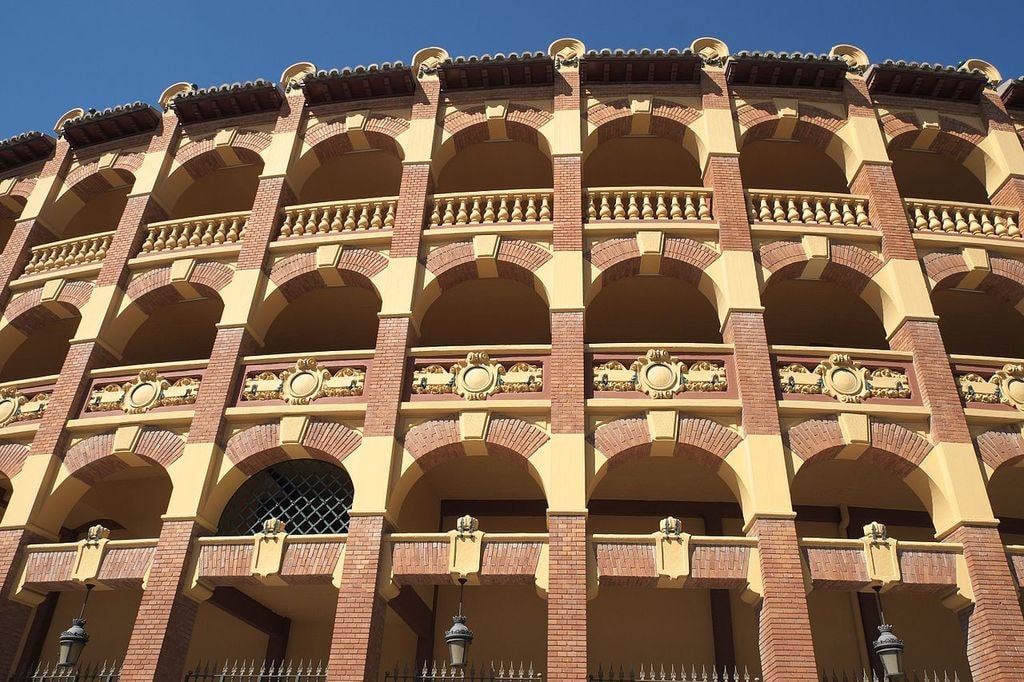 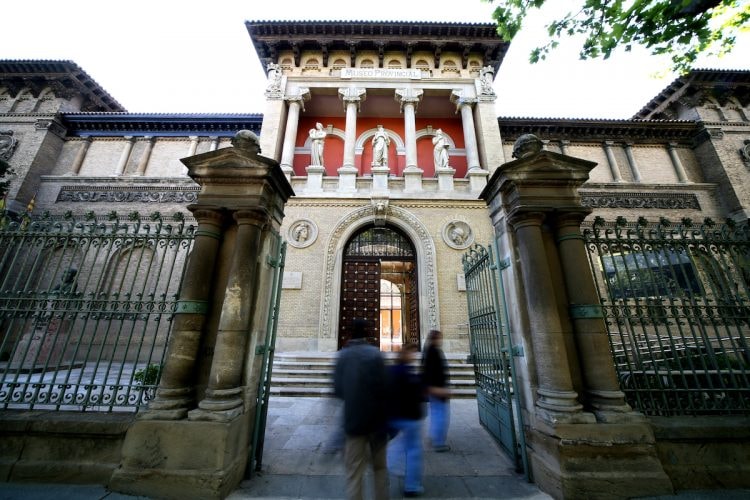 The Zaragoza city museum is housed in a grand neo-Renaissance building built for the Hispano-French Exposition of 1908. It is one of the oldest museums in Aragon and features collections on archeology, fine arts, ethnology and ceramics. The museum itself has been open since 1848, but has been housed in several different venues. 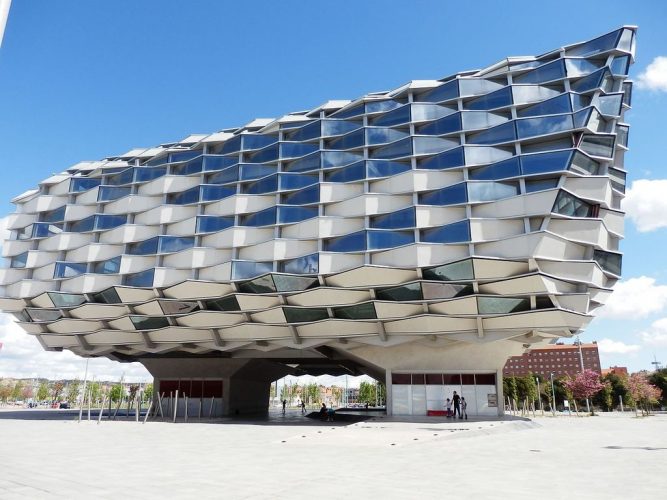 The Pabellón de Aragón was built for the Expo of Zaragoza in 2008 and was designed by Daniel Olano to look like a wicker basket, as well as mirroring the undulating landscapes of the region of Aragón. Today it is not used for any particular purpose, but children and teens use the area underneath as a skate park.