The Revival Of Barcelona's Public Markets: Community And Culture 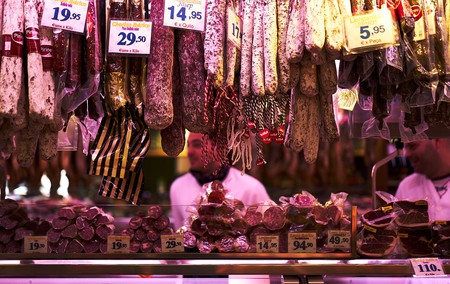 Barcelona, Spain is a haven for food lovers, representing the very best that the Mediterranean has to offer. Yet the markets of Barcelona, and elsewhere, have more to offer than is immediately apparent, providing their residents not only with abundant, high-quality fresh produce, but also an invaluable civic experience. 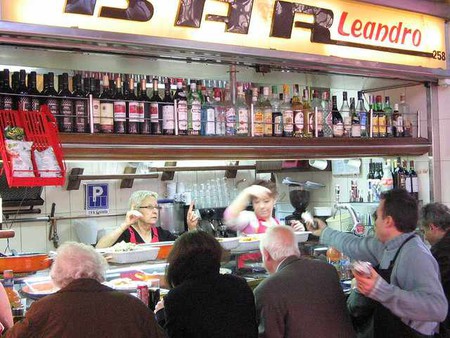 There’s much that’s been written on the importance of public space – whether it’s the public park, plaza or community center, the social function that they represent is hard to deny. They offer the resident a place of social interaction and inclusion, the buzz of activity that we socially-dependent creatures need so much. From the humble plaza with its plentiful open space and café culture, to the annual neighborhood street parties where neighbors eat, drink and dance together – civic pride is alive and well in Barcelona.

The social value of the humble municipal market is perhaps not as well understood as that of other public amenities. However, as points of community integration they are invaluable, something attested to by Barcelona residents who rank their markets as their second most valuable public service after libraries. 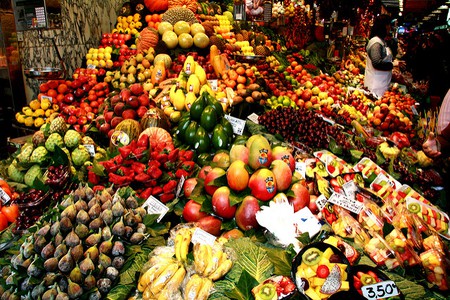 The markets represent a common ground where people of different ages and backgrounds can mix together at a slower pace, enjoying interaction with stall owners and acquaintances alike. They offer a unique shopping experience; a stark contrast to the sterile, rushed and impersonal nature of the supermarket franchise. In an economic sense the markets offer more affordable opportunities for thrifty shoppers, while in terms of community they act as a kind of social glue, helping to hold communities together by fostering the kind of trust and support that has positive effects on other aspects of society. 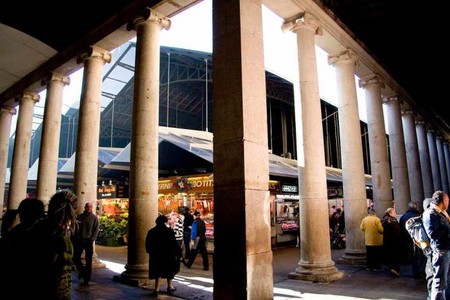 However, the rise of the supermarket behemoth in 21st century society has threatened this time-honored tradition. One only has to look to other shores to see how, as a breed, they are at an increasing risk of extinction as shoppers instead opt for the convenience and availability of ready-made foods. You’d be forgiven for thinking that the public market model was past its sell by date.

Well, not so in Barcelona, a city that has arguably one of the greatest urban networks of fresh produce markets in Europe, if not globally. Its markets are thriving due to investment from the city council into the restoration of many of the existing structures. From 2011 to 2015, Barcelona invested €133 million towards the renovation of 25 of the city’s 43 existing markets. There’s no denying that their social capital, especially in the face of a harsh economic crisis, is priceless, serving to tie communities together, encourage economic opportunity and in turn boost the upward mobility of the average citizen. 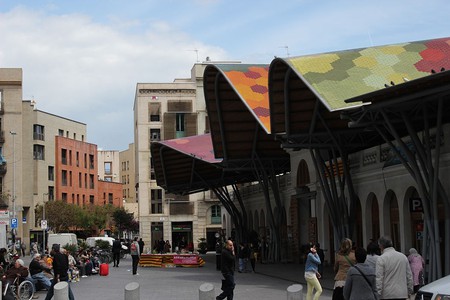 As a visitor to the city they’re perfect vantage points to observe the city in motion, while also marveling at their architectural mastery. After six years of refurbishment work, Mercat del Ninot, located in the Eixample neighborhood, re-opened its doors in May 2015 boasting newly installed Wi-Fi access, designated spaces for cooking workshops and a range of environmentally sustainable adjustments to the building’s original structure. Taking note of our changing habits, customers can sample produce at tasting bars much as they did at the humble market bar – which any good market was never without. Architecturally, the soaring metal arches and vaulted ceilings of the original structure have been preserved, while a new, vast glass panel maintains the interior at optimum temperature. 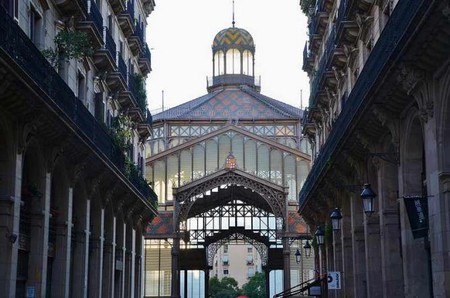 In 2005, after extensive restoration work, the Mercat de Santa Catarina was finally inaugurated to rapt praise. The architects, Enric Miralles and Benedetta Tagliabue of EMBT, nod to the city’s extravagant architectural legacy with a sweeping, multi-colored, ceramic roof that Gaudi would have been proud of.

Progress on the market was slow thanks to the discovery of the foundations of a Dominican monastery dating back from the 13th century found underneath the market. This is an occurrence that seems to beset frequent construction projects in Barcelona. Likewise, excavation work on the Mercat del Born that had laid dormant for years unearthed an extensive network of medieval ruins that proved too precious to be ignored. Plans for the building to house the Barcelona Provincial Library were cast aside and instead, the original market building was converted into a cultural center hosting exhibitions and events, with the ruins as its centerpiece.

In the last four years the city has completed work and re-opened five other neighborhood markets including La Guineueta, Provencals, Sant Marti, Sants and Guinardo. Meanwhile, the world-renowned La Boqueria, located on the tourist-laden artery Las Ramblas, continues its ongoing rehabilitation works to help it fully embody its role as the emblem of Barcelona’s markets. All that just leaves the Sant Antoni market located close to the borders of Raval, its mammoth-like structure still awaiting the completion of vast restoration works that have been delayed by, you guessed it, the discovery of medieval remains. It seems that in Barcelona, you’re never far away from discovering a piece of the city’s incredible social fabric.