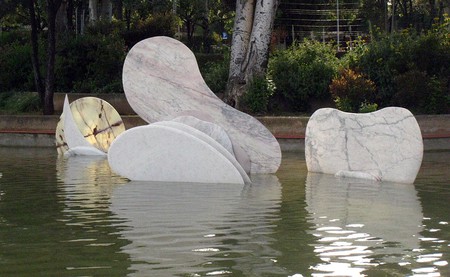 Born in Barcelona in 1935, Xavier Corberó’s career spans over 50 years, during which time his work has been exhibited across the world, from NYC to Japan. Considered by some to be the most significant Catalan artist of the past 50 years, his most remarkable piece of work, and undoubtedly his most personal, is his home which he has been designing and curating for the past 40 years.

Although Barcelona has been where Xavier Corberó calls home for nearly all his lifetime, he spent a brief stint in London studying at the Central School of Arts and Crafts before moving to the French town of Lausanne where he spent his formative years. In his mid-twenties, he participated in the third edition of the Hispano-American Biennale organized in Barcelona to display the work of the most recent art from Spain and South America. That same year, he was invited to participate in the ‘Salón de Mayo’ organized by the Association of Current Artists, a group of contemporary artists whose ambition was to support the modern art scene in Barcelona. The salons, organized between 1956 and 1969 are considered by some a precursor to the foundation of Barcelona’s contemporary art museum, MACBA. 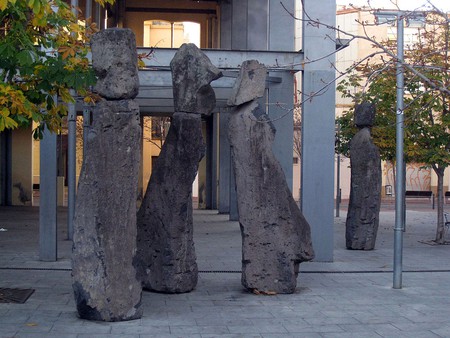 By the 1960s, Corberó’s work was being exhibited across the globe, his first solo exhibition being held in Munich in 1963. In the early 1990s, ahead of the preparations for the 1992 Barcelona Olympics, Corberó was put in charge of selecting sculptures by contemporary artists to be placed in public spaces around the city. He also influenced the decision to give Gold Medalists medals made out of gold instead of silver gilt as had become customary – having worked so hard to make their achievement, he thought it only fair that their medal be made of actual gold. In 1992 he was awarded the ‘Saint George’s Cross’ by the local council of Catalonia in recognition of his contribution to the arts and culture of the Catalan society. 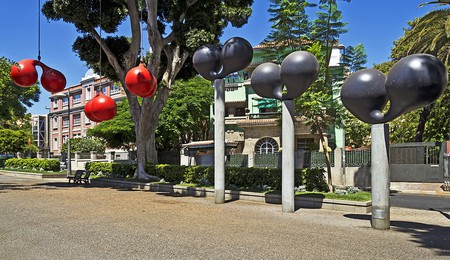 Of all Corberó’s masterpieces, perhaps his most remarkable is his home, located on the outskirts of Barcelona, in Esplugues de Llobregat. In 1969 the artist purchased a plot land which contained some derelict old houses known as masias which he mostly demolished, keeping just a few of the main features. In the following years, he steadily pursued his project to build a house in his own image, a home for him but also for his artwork – many of his own pieces are on show, exhibited in large booths as though in a famous museum. The home also serves as a residence for fellow artists staying in Barcelona – there are a total of 10 beds and bathrooms to welcome guests in, as well as a number of studios and workshops, including one beneath the ground.

During the few interviews Corberó has given in his residence, the image has emerged of a home laden with curiosities, inspired by the artist’s poetic vision of the world. And yet the house performs a binary role: home and work, rest and play, create and conserve – here, the creations of the past linger to inspire the future. The artist has created a space where creation is immortalized, both as process and as an end.