Wild and Wonderful Outdoor Adventures You Can Have in Spain 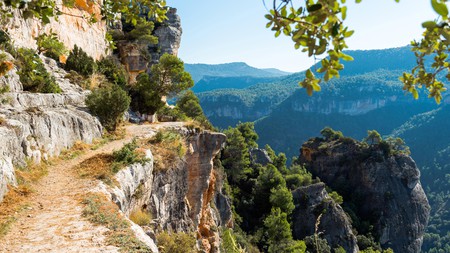 Beyond the incredible architecture, alluring coastlines and colourful cities of Spain, there’s a lot of room for adventure in its diverse landscapes and surrounding waters. Green Spain, in the north, has incredible vineyards to cycle through, while Mediterranean Spain has heights to climb and sights to see. Whether planned as an entire trip or interwoven with city breaks, Spain is an all-round destination that should be at the top of any Canadian traveller’s bucket list. 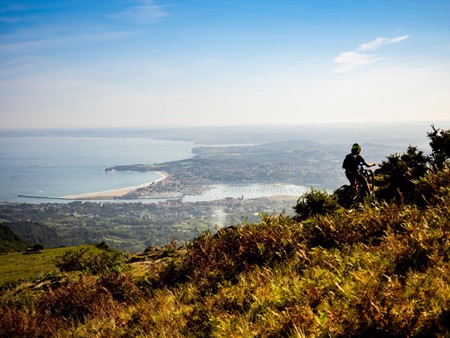 Montserrat, in Catalunya, is considered to be one of the premier rock-climbing destinations in Europe. The multi-peak mountain range, an hour’s drive from Barcelona, has challenging climbs, steel ladders and natural bridges along its via ferrata routes. Views roll out over the wine country and Pyrenees with multiple companies offering routes depending on your ability. The mountain range is open year-round, but the best conditions to climb are in May and June. Visit the Montserrat Benedictine monastery here, too, founded almost 1,000 years ago as a mountain retreat and community for around 80 monks. 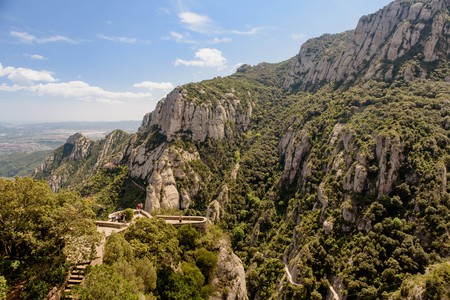 Montserrat, in Catalunya, is only an hour from Barcelona | © Alexander Spatari / Getty Images

After the eruption in Tenerife 27,000 years ago of Pico Viejo, a network of lava tubes formed underground that you can explore. Meanwhile, another volcano, Trevejo, erupted in the early 1700s, creating El Tubo de Garachico, off the north coast, where you can dive and swim through a 150m (500ft) lava tunnel. Basalt columns form the entrance for this dive, with stingrays, octopus, shrimp and other marine animals frequently visiting the tunnel. Back on land, on the east coast of the island, Piramides de Guimar are six mysterious lava pyramids whose origins are still unknown. There are three walking routes that you can take to explore them and the surrounding park. 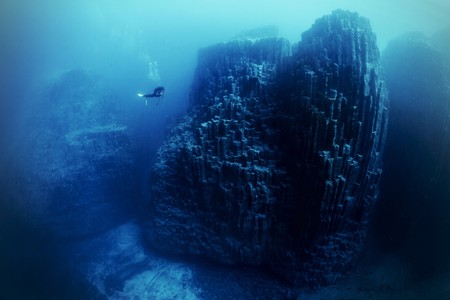 Below sea level you can dive down to see impressive lava formations are a result of the Trevejo volcano eruption in the 1700s | © SPET Turismo de Tenerife S.A.

Guadalquivir, the second longest river in Spain, has a navigable stretch running from Seville, the capital of Andalucia, to the coastal city of Cádiz. Tour boats ferry across the river in Seville, but there’s also the option to paddle down the calm waterway on a kayaking or canoeing tour — a more ecofriendly and arguably more enjoyable way to explore the river. While in Seville, do stop to visit the cathedral, a large gothic building adorned with a Moorish belltower that’s a Unesco World Heritage Site. 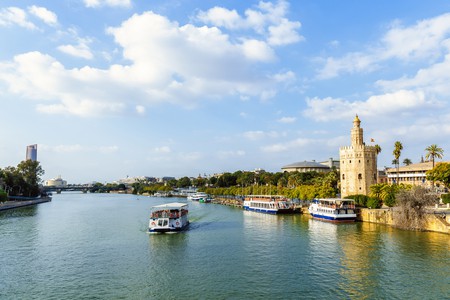 You can take a ferry, or enjoy a kayak or canoe tour, on the Guadalquivir River in Seville | © F.J. Jimenez / Getty Images

The medieval mountain village of Siurana, 730m (2,395ft) high, overlooking the Siurana River, is surrounded by wild landscapes of limestone cliffs and rolling green valleys. Routes here are renowned among the global climbing community – and there are plenty of hiking routes for non-climbers, too. Wineries in the area offer tasting opportunities while, on water, you can kayak from the river to a swamp, visiting a small waterfall and freshwater pool along the way. In Siurana, the Romanesque Santa Maria de Siurana church is fully preserved, with an entry framed by rounded arches and views over the reservoir and Priorat region. 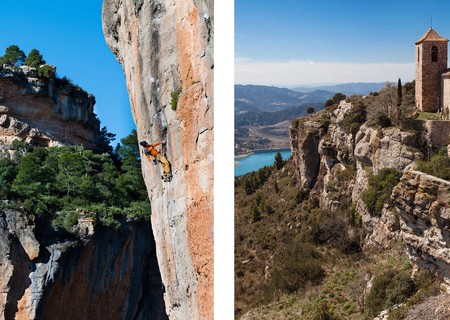 Cuevas del Drach – or Dragon Caves – is an underground expanse consisting of four caves that reach depths of 25m (82ft). The caves are made of sandstone, with stalactites, stalagmites and semiprecious agates. There’s an underground lake here, Lago Martel, considered to be one of the largest underground lakes in the world. It’s possible to visit the caves solo, however, there are plenty of organised half- or full-day trips. As part of the tours, live classical concerts are held within the caves, with an orchestra serenading visitors from a small boat. 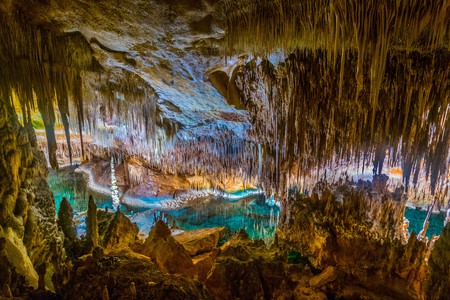 In the lush natural region of Green Spain in the north, Rías Baixas is one of the most country’s prestigious wine regions, and wine tourism is the main draw here, with over 50 wineries along a dedicated route, which borders the Cantabrian Sea in an area known for its seafood dishes. There are also interweaving hiking and cycling trails. Stop at the town of A Guarda, where settlers established a culture of hill forts – ruins of these ancient Celtic grounds have survived, appearing as stone circles scattered down the hill, overlooking the Atlantic Ocean. 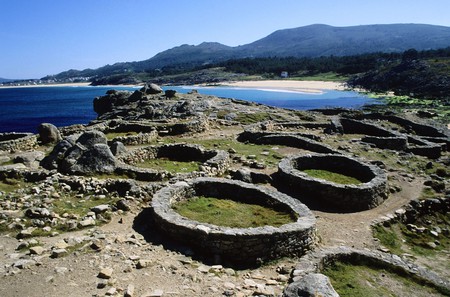 Geoparkea, wedged between the Basque Mountains and the Bay of Biscay, covers a 90sqkm (35sqmi) area designated with Unesco Global Geopark status. As well as rolling green pastures and forests, the geology in this park has an incredible history — layers of rock formation in the coastal cliffs show more than 60m years of history on earth, dating back to the extinction of dinosaurs. Walk along the cliffs or take a boat trip to get closer. In nearby Bilbao, the Guggenheim Museum is an incredible feat of modern architecture that is well worth a visit. 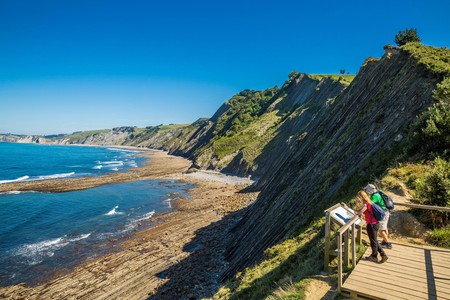 Close to the coastal city of Almeria lie the barren badlands of Tabernas. The only desert in Europe, stretching some 280sqkm (108sqmi), it makes a great year-round hiking spot. The Tabernas Desert Loop takes in famous movie locations, while another option is hiking to the peak of Cerro Alfaro, with a 744m (2,441ft) summit. Some of the routes aren’t marked and the summer months can become unbearably hot, so booking with a tour operator is recommended. Further down the coast in Malaga is the Alcazaba Castle — an important historical attraction, this palatial fortification comprises two walled enclosures on top of the only hill in the city centre. 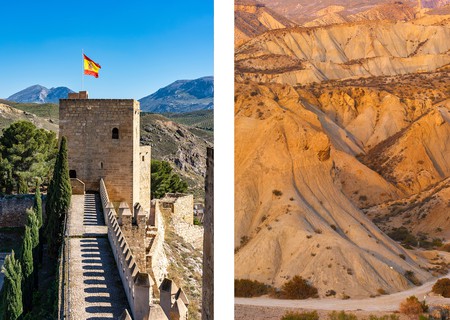 Left: the remarkable Alcazaba Castle, a palatial fortification built between 1057 and 1063. Right: the Tabernas Desert is the only desert in Europe and was a popular filming location for Sergio Leone who shot his spaghetti westerns here | Left: © Rudolf Ernst / Alamy Stock Photo | Right: © Bildagentur-online/Moreno / Alamy Stock Photo

This hilly region, made of chalk and limestone, sandwiched between the banks of the Ebro River and Cantabrian Mountains, supports family winemakers while also creating state-of-the-art technology for producing the famous tempranillo wines. The wine route here includes tasting wines aged in medieval caves, as well as vintages made using more modern techniques. Mountain hiking is popular in this part of the Basque Country thanks to the incredible scenery – the medieval town of Laguardia is set atop a hill in the middle of the valley — stop by for sweeping views of the surrounding vineyards. 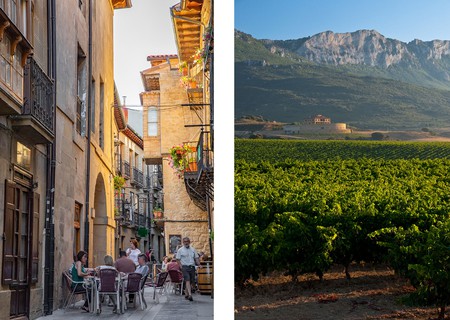 It’s time to start planning your dream trip to Spain. Find out more at Spain.info.