Why You Should Visit Madrid Instead of Barcelona 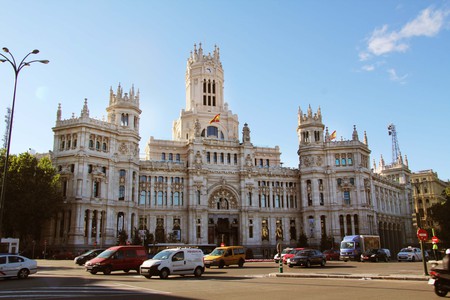 There’s no doubt Barcelona is a great holiday destination, with plenty of culture and stunning beaches, but Madrid is where you should head to if you want to see the real Spain.

Barcelona is a city of grandeur, filled with stunning Gaudí architecture and cosmopolitan food, drinks, shopping and nightlife. Its international vibe attracts visitors from around the world – but that’s just it: Barcelona is an international city, and Madrid is a Spanish city. Those looking for a holiday on the beach and a visit to an English pub or French restaurant will love Barcelona, but anyone looking for an authentic taste of Spain should head to Madrid.

In many ways, Madrid is somewhat lost in the past, for better or for worse. Small, family-owned shops still close at midday, and many locals don’t speak much English. While this is slowly changing, Madrid still manages to retain its traditional roots by offering visitors a sample of real Spanish culture. 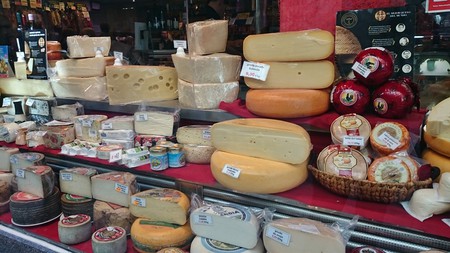 A selection of Spanish cheese in a Madrid shop | © Lori Zaino

What does this mean for a tourist in Madrid? For starters, they should plan to experience delicious Madrileno cuisine, like cocido (a stew made of sausage and chickpeas), savory Manchego cheese or tasty croquetas. Madrid locals take their ham very seriously, and you’ll find giant legs of this pork delicacy dangling from the walls and ceilings of many restaurants. You can even take a course on the art form of slicing Iberian ham.

History buffs and architecture lovers will instantly be charmed by Spain’s capital city. The Plaza Mayor dates back to the 1500s and was once the site of the Spanish Inquisition, now home to Christmas markets and street performers. Still, the 237 balconies facing out onto the cobblestone square bring forth visions of medieval men on horses and European royalty. 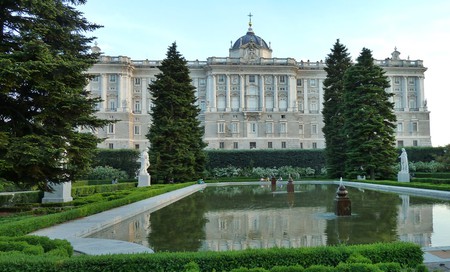 Whereas Gaudi didn’t leave his mark in Madrid, plenty of kings did, and the majestic Palacio Real (the Royal Palace) is a sight to see, its impressive entrance lined with 44 statues of various Spanish royals. A stroll through the delightful labyrinth of greenery in the Sabatini Gardens just to the side of the palace completes the experience.

Although Madrid does have its fair share of ethnic cuisine and trendy bars and boutiques, they still seem to hold fast to their Spanish roots. Many cool new restaurants are built into cave cellars, and you’ll be hard-pressed to find any wine from outside of Spain.

Speaking of which, the wine culture in Madrid is fascinating. With just a few main types named after the region they were cultivated in (Rioja, Ribera, Albariño and Rueda), you can get a glass for €2 just about anywhere. The Spanish are delightfully humble when it comes to their wine. Plan to laugh and chatter over several glasses – pretentious tastings aren’t a thing in Madrid. It’s also not unusual to see a burst of spontaneous flamenco song or dance from a local as the night lingers on.

Wine isn’t the only thing that’s cheap – everything in Madrid is more economical than in Barcelona, like hotels, dining and shopping. A beer is about €1, and a taxi anywhere in the city center shouldn’t be more than €10. You can stay in a hostel with a private bathroom for €50 or a trendy hotel for just over €100. A nice dinner out shouldn’t cost you more than €20-30 per person for three courses and drinks, while a night out with drinks and tapas may be as cheap as €10! 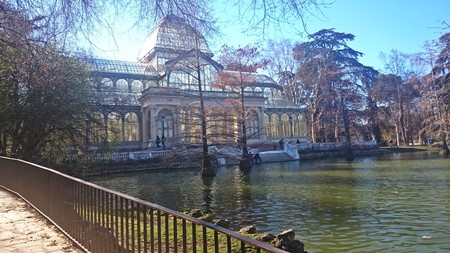 If you aren’t convinced yet, just remember that Madrid is Europe’s sunniest capital, with over 300 days of sunshine per year. There’s nothing better than Madrid in the sunshine, after all.