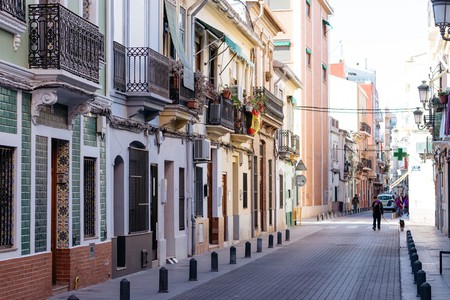 Many beachfront areas in Spain’s towns and cities have been cleaned up for tourists, the local housing replaced with dull, anonymous concrete buildings, smart hotels and streets devoid of character. But in Valencia that’s not the case – at least for now.

Every visitor to Valencia knows about the famously wide, sandy city beach, Playa Las Arenas. But not everyone knows that directly behind the beach lies a curious neighbourhood with a colourful past and an uncertain future. This is El Cabanyal, the fisherman’s quarter, a distinctly different place from the rest of Valencia.

Famous for its unique architecture and charming atmosphere, El Cabanyal is a great place to get a taste of local life. This seaside district was once a completely separate town from Valencia, and despite being absorbed into the city years ago it retains an individual atmosphere, proudly continuing its traditions, such as the Maritime Easter Parade. Local residents still talk about ‘going to Valencia’ when visiting the city centre, two kilometres away.\ 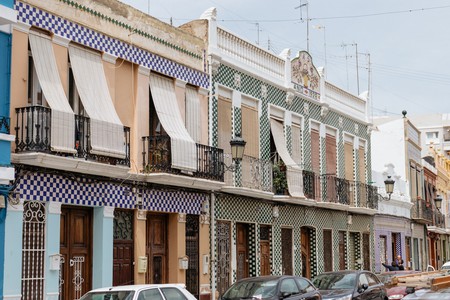 The city hall has big, controversial plans for redevelopment which would mean bulldozing many of the historic buildings here to make way for a grand, modern avenue reaching all the way from the city centre to the ocean. Despite the protests of residents, and even a ruling in their favour by the highest court in Spain, the authorities still say they intend to go ahead.

The area is famous for its architecture, and even the name ‘cabanyal’ comes from the thatched-roof fishermen’s cabins that once lined the beachfront. Today the remains of some can still be seen, though the roofs are no longer thatched. Now, the buildings here are known for their stunning colourfully-tiled facades and art nouveau architecture. 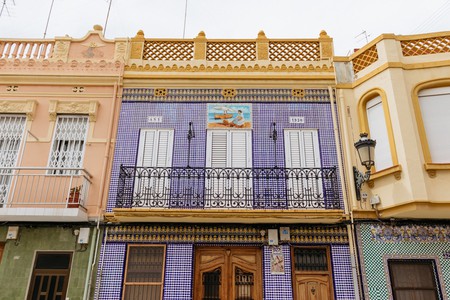 Sadly though, you’ll notice that a lot of the buildings around here are in disrepair. According to locals, this is because city hall has long made renovations in the area impossible as they push for total redevelopment.

After many years of official neglect, the area has also become a haven for drug dealers and petty criminals. You’re almost certainly safe, but it’s good to be aware. This is very much a living, breathing place where you can get an authentic taste of life in a lively barrio by the sea, with all its good and bad points.

To explore the area, start at the southern end of the area near the port and walk along the main artery, Carrer de la Reina. You’ll eventually come to a crossing with Avinguda Mediterrània, which runs from the sea to the market. This is where El Cabanyal really begins. Here you’ll find the most enchanting houses, and the most delicious tapas. Sadly, this is the area most affected by the redevelopment plans.

Look out for the colourful combinations of tiles adorning the underside of balconies and covering the entire facades of art nouveau-style houses. You’ll spot plenty of curious buildings along the Calle de la Reina, walking as far down as Calle Rosario. 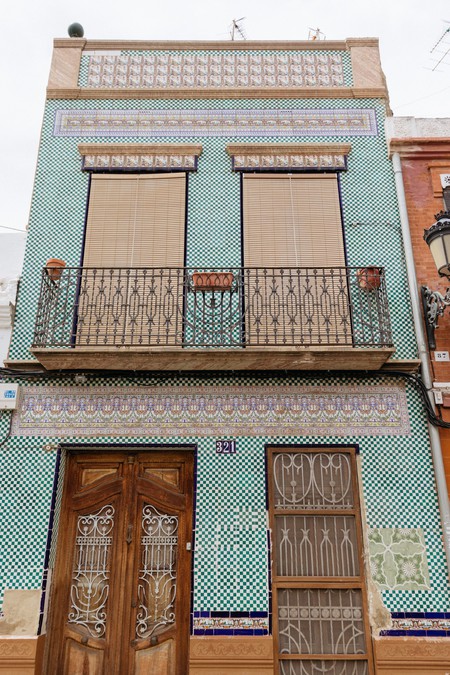 While the popular Casa Montaña is one of the most famous tapas bars in Valencia (and for very good reason), you could pop into the gritty local Bodega La Pascuala for a more local experience. Grab a beer and an enormous filled baguette, sitting elbow to elbow with the locals.

On Thursdays, you’ll find many streets lined market stalls selling homeware, clothing and everything else imaginable. For a really unique experience, you can even buy your own seafood straight from the hands of the fishermen at the fish market (La Lonja del Pescado) at the area’s small port. Just follow your nose as you walk along the harbour. At around 4-5pm each day you can grab a bag of fish straight out of the Mediterranean for just a couple of euros.

And of course there’s the beach, the focus of local life during the summer months. As well as swimming and sunbathing, you’ll see locals chatting over coffee or beer outside the beachfront cafes, and wandering bands of Gypsy musicians providing impromptu entertainment.

Whatever you come across on your stroll through El Cabanyal, you’ll clearly see why it’s such a special place. It’s sure to undergo big changes in the next few years, whether the bulldozers move in or gentrification takes hold. Either way, visit this unique local barrio while you still can. 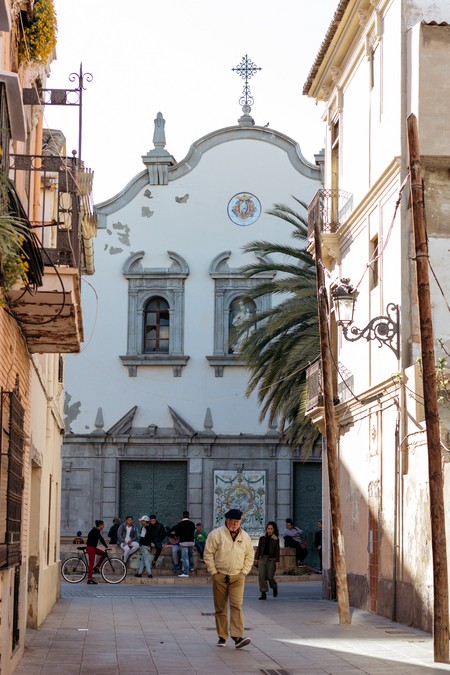