Why October is the Best Time to Visit Barcelona 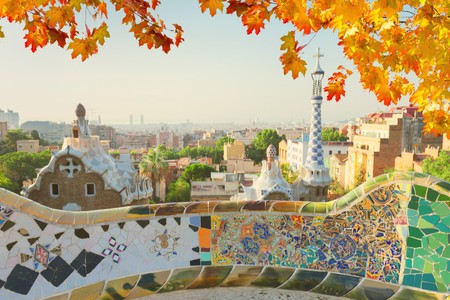 While it’s true that there are plenty of things to do when visiting Barcelona any time of the year, certain months are particularly delightful. Whether you’re looking to spend hours wandering through the city’s many museums, or want to get a taste of the Barcelona gastronomic scene, October is a fantastic time to visit Barcelona and here’s why.

The calm after the storm

Truth be told, one of the main reasons October is such a pleasant month to visit the Catalan capital is because the constant flow of cruise ships, package holiday-goers and beer-chugging tourists has pretty much dried up. So much so that you might even dare venture down Las Ramblas on a sunny Monday afternoon in the hope of getting a glimpse of what this boulevard was like back in the days of its former glory.

Cynicism aside, October is a time when locals feel like they have finally reclaimed their city after the busy summer months and, refreshed and revived from their August break, are full of energy and enthusiasm. It’s a time when you can see Barcelona’s residents at their best, busying themselves in the food, the markets, catching up with friends in the restaurants, proudly strolling with their families. The city comes to life again but with a very different atmosphere to that of the summer frenzy. 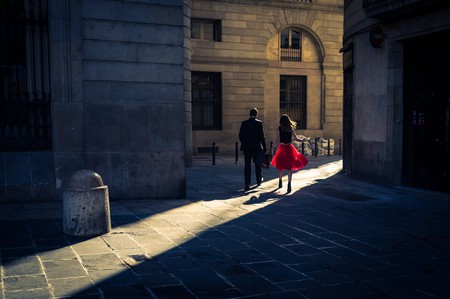 A little calm returns to the city | © Enric Fradera

Revel in the beauty of Autumn

If October marks the end of the summer it also means the arrival of autumn and embodies the beauty and charm of the season better than any other month. The weather varies from one year to the next, on occasion still permitting some glorious beach days while other years requiring the dusting off of mid-season jackets. This time of year is also notable for its impressive storms which bring torrential downpours of rain of the kind that can dry up in half an hour to reveal sunny blue skies.

Regardless, the plants and trees are invariably always donning their seasonal hues of orange and brown as they prepare for the winter to come. This makes October a particularly enjoyable month to explore Barcelona’s many parks and gardens – venture further than the Park Ciutadella and why not discover the Pedralbes Monastery or the Laribal and Grec gardens of Montjuïc. There’s something endlessly romantic about the sight of trees as the wind slowly blows their leaves off in the gentle autumnal sun. 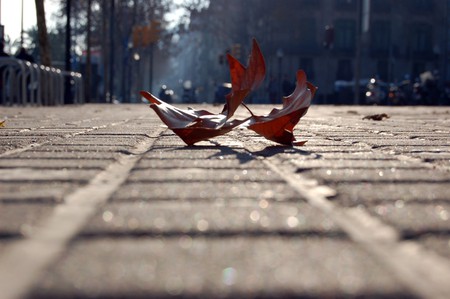 Fell autumn all around you | © Tania Cataldo

Food is an important part of Catalan culture and while each season brings its own delicacies, the Autumn is particularly appreciated as it marks the beginning of mushroom season. While these edible fungi appear all across Spain, it seems that Catalonia has a particularly close relationship with the arrival of bolets (the Catalan word for mushroom). The more adventurous take to the foothills of the Pyrenees for foraging excursions while the rest rely on local markets to supply them with rovellons, ceps or camagrocs – some of the most sought-after varieties.

Mushrooms aren’t the only seasonal treat of the autumn as October also marks the arrival of the chestnut season. Street stalls pop up across the city selling roast chestnuts wrapped in a bit of newspaper, as hands clutch these little packets of goodness for warmth as much as anything on the cooler days. There’s something quite satisfying about an evening stroll around Barcelona with a handful of warm chestnuts to peel along the way. 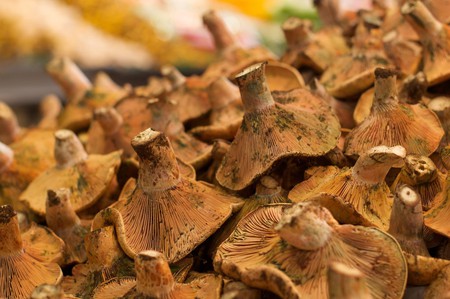 A Fine Time For Art

Finally, October is also an excellent time to explore Barcelona’s many galleries and museums, especially those with large temporary exhibitions. The summer often marks a lull in the programs of local galleries but the autumn brings fresh collections, openings and events. 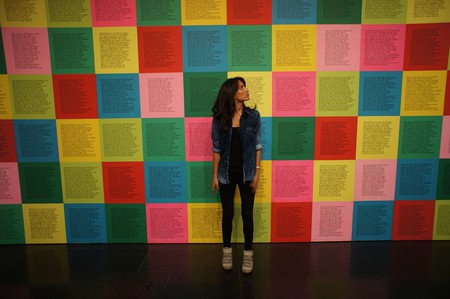 There are usually some great exhibitions on in October | © Davide Costanzo

Equally, the MACBA contemporary art museum and the CCCB Centre for Contemporary Culture generally introduce new exhibitions in September or October. If crowds are still thronging in September and during the opening days, by October the dust has settled a little and you’re likely to be able to enjoy a peaceful visit to the museum, especially if you can go mid-week.

All in all, whether it’s sight-seeing, museums or gastronomy you’re seeking, or even just a glimpse of Barcelona life at its finest – October is a wonderful month to explore the Catalan capital.