Why Madrid's Public Transport is the Best in Europe 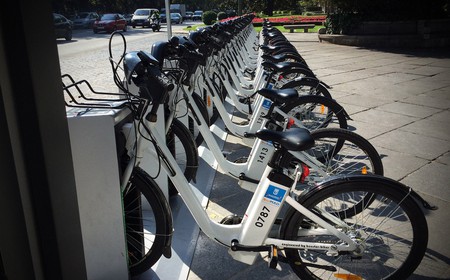 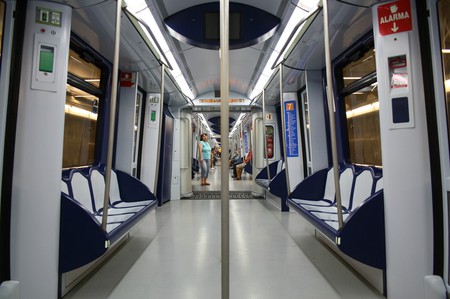 Whether you want to travel a couple of stops or head out to the Sierra de Guadarrama mountains north of the city, Madrid’s public transport system has you covered. Madrid’s metro is the second-longest in Europe and the sixth-longest in the world, and that’s before you even count the city’s commuter rail service, the Cercanías.

Madrid currently has 12 metro lines and three light rail lines, as well as the Cercanías commuter trains and bus network.

When you use Madrid’s metro system, you will notice that it seems more modern than many other European undergrounds. Despite its first line being inaugurated in 1919, the city’s metro has seen huge growth over the past 20 years and most trains have been replaced relatively recently. It has 1,698 escalators, the most of any metro in the world. 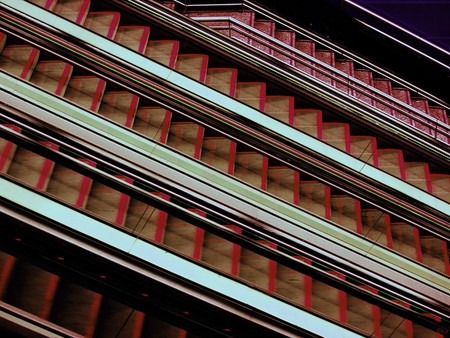 A single metro ticket is between €1.50 and €2, depending on the distance of the journey (journeys up to five stations are €1.50, journeys between six and nine stations are an extra 10 cents per station and journeys of ten stations or more are €2). A ten trip ticket costs €12.20.

Madrid Metro’s line eight takes passengers directly to Adolfo Suárez Madrid-Barajas Airport. Alternatively, the city’s Cercanías commuter trains also go to the airport, so you’re spoiled for choice when it comes to getting in and out of the city. 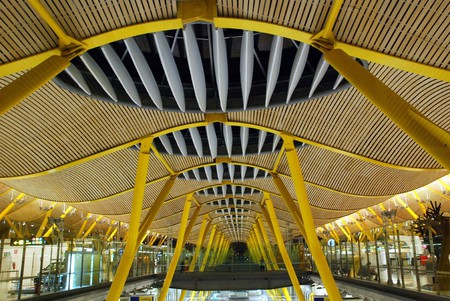 You might not realise quite how important this is until you are stuck in baking hot Madrid in July or August. During the summer, Madrid transforms into a furnace, its dry heat making even the shortest journey a struggle. Thanks to the city’s public transport, your journeys will be accompanied by a welcome blast of air con. If you’re accommodation is lacking in the air con department, you might even be tempted to ride the bus just to cool down.

Not many metro systems can claim to have an underground archeological museum within one of its stations, but Madrid’s can – check out some of the city’s hidden history in Ópera metro station. Newer stations have been designed with more attention to style – Paco de Lucía station, opened in 2015, is decorated with a 300 square metre street art mural of the legendary Spanish flamenco guitarist after whom the station is named. The walls of metro trains are peppered with poems for passengers to read on their busy commutes, while some stations even hold music concerts. 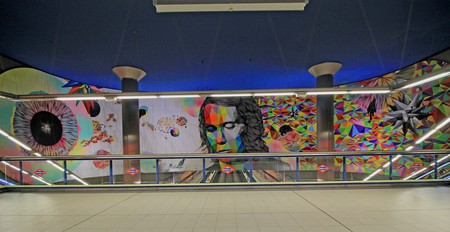 Madrid’s bike scheme, BiciMAD, has 1,560 electric bikes to rent, with 123 docking stations located around the city. You can sign up for yearly season ticket or as an occasional user for a one, three or five-day period. (You can sign up as an occasional user on the interactive screens at each docking station). Riders can opt whether or not to turn on the electricity, which provides a must-needed boost up some of Madrid’s steep hills.

Dogs are allowed to ride the metro, as long as they have a lead and muzzle. Dogs must travel in the last carriage of each train and are welcome at any time outside of the morning and evening rush hours.

It has its own library

Bibliometro is a free library service located in 12 of Madrid’s metro stations. The high-tech system allows users to check out books using a touch screen. They can check out up to three books over a 15-day period.

Madrid Metro has its own hidden ghost station, Chamberí, which was part of the original Line 1, opened in 1919. The station was closed in the 1960s when platforms were lengthened; there wasn’t enough room to extend its platform so it fell into disrepair once closed. In 2008, the station was reopened as a museum, showcasing original features and advertising from the 1910s, when it opened. 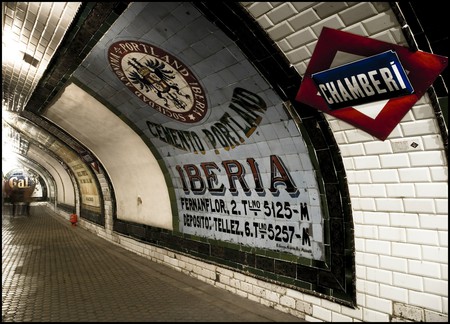