Why Does Barcelona Have So Many Pickpockets? 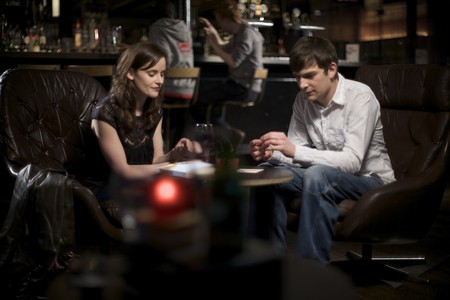 The ancient Gothic architecture, the masterpieces of Antoni Gaudí, the artwork of Picasso, Dalí and Miró…there are many reasons why Barcelona is one of the most popular tourist destinations in Europe. But in recent years travellers have been increasingly put off by one major factor which plagues the city: the extremely high rates of pickpocketing. Although exact numbers are hard to calculate, Barcelona is believed to be the worst city in Europe for the petty crime. Find out why and what you can do to avoid it happening to you.

The problem of pickpocketing in Barcelona reached a crucial point back in 2009 when the city received widespread media attention for claims from website TripAdvisor that it was one of the worst cities in the world for this kind of low-level theft. This prompted the authorities to finally make an official statement recognizing what many had known for a long time already: that the level of pickpocketing in Barcelona was ‘extremely high’.

Back then, there were a reported 115,055 pickpocketing incidents and bag snatches in the 12 months leading up to August 2009, which is an average of 325 a day. And these numbers only account for the thefts which were declared at the police station, many more go unreported – think of the 9,000 cruise ship travellers who arrive in the city on any given day during the high season and may not have time to visit the police station, or the cases where the value of the theft is deemed not worth reporting. 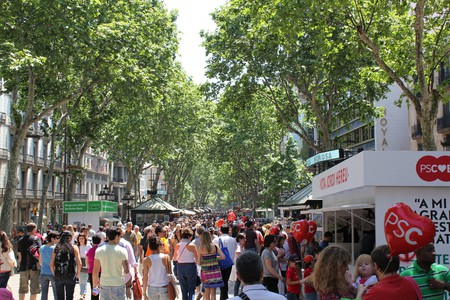 The tactics deployed by Barcelona’s pickpockets are many and varied, usually involving some form of decoy which distracts the victim‘s attention. One of the most common, known as ‘la mancha‘ or ‘stain’ involves the victim being marked with milk or another pale substance. The victim is then approached by a passer by who kindly brings the stain to their attention and offers to help, distracting and deceiving them while helping themselves to the inside of their bag. On the metro, a popular tactic involves a group of individuals creating an ‘incident’ at the doorway which causes a build-up of individuals bumping into each other – and the perfect opportunity for someone to slip their hand in your pocket unnoticed.

One question which many still struggle to understand is why the city has become so prone to pickpocketing. From the perspective of locals, tourism has a lot to answer for when it comes to understanding the causes: the large number of holiday-goers are the primary target for pickpockets. The sheer number of tourists who travel to the city each year is staggering – an expected 10 million, most of which arrive during the summer months. Those on holiday in the city tend to carry larger amounts of money on them, as well as valuable equipment such as cameras, but it’s not only the content of the tourists’ pocket which make them easy prey. Holiday-goers tend to be more distracted by the sights or the need to orientate themselves in the city, and may not always have the heightened prudence of someone used to the city. 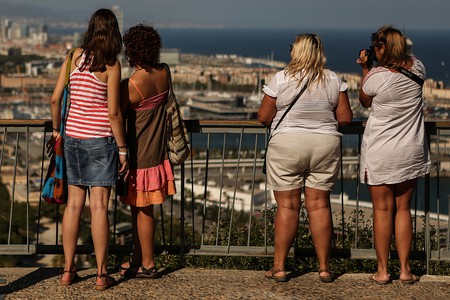 The tourism boom which exploded in the city since the 1992 Olympics is seen as one of the major factors in explaining the culture of petty crime which has grown in the city, but it’s not the only factor. Add to that the fact that the city of Barcelona is one of the most densely populated cities in Europe, with around 16,000 people per kilometers (compared to about 5,000 in London or roughly 4,000 in Berlin) – not accounting for the days the cruise ships come in. This crowd factor makes it easier for pickpockets to get up close and personal with their victims without seeming unusually friendly.

Past putting the blame on victims though, many see the relatively low sanctions for pickpocketing as one of the major factors in explaining the ongoing nature of the problem. For thefts less than $450 the pickpocket is issued with a fine, with no risk of a prison sentence. Some argue that that means pickpockets can simply edge their bets and secure themselves by factoring these costs into their calculations. According to those who have dealt first hand with pickpockets in the city, dealing with fines becomes a question of hedging your bets and always keeping enough for a ‘get out jail free card’ if needed. Many believe that until tougher sanctions are imposed, the deterrent will simply not be strong enough to dissuade those who make a lucrative business of pickpocketing. And with the cost of modern mobile phones and cameras, as well as designer bags and purses, thieves can easily make a few hundred dollars a day. 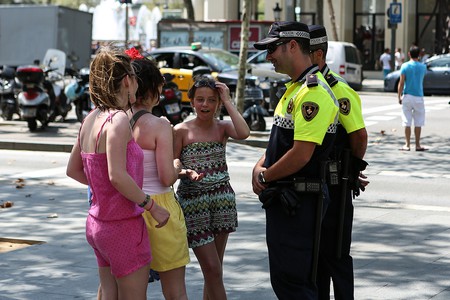 Despite increased awareness amongst visitors to the city as well as heightened controls and vigilance from the police forces, pickpocketing remains a big problem in the city. Fortunately, there are a few simple ways to guard yourself against falling prey to the most common tricks. Aside from the most obvious tricks, such as not taking all your money on you and not keeping it all in one place, a heightened sense of awareness and a little extra precaution when out in public places are the best way to avoid any incidents.

Without wanting to become paranoid, it’s usually best to err on the side of caution and always keep your belongings close and in sight. If you’re at a bar or restaurant, don’t leave your mobile phone or purse on the table, even if you’re sitting right there. Last but not least, as tourists are the number one target, try not to look like one! Wandering round looking a little lost or uncertain is bound to get you some extra attention. Act with confidence and head inside a bar or shop where you can gather your thoughts and continue your journey.