Which Is the Best Moors and Christians Festival in Spain?

The Moors ruled parts of Spain for around 700 years, and to celebrate the reconquest of the country by the Christians, many towns still hold Moros y Cristianos Festivals. Most are held in the Valencia region around Alicante, and comprise huge parades alongside elaborate mock battles. Here’s our pick of the best.

Widely considered to be the best Moros y Cristianos Festival in Spain, the event in Alcoy (also spelled Alcoi) features more than 5,000 participants per parade, and is truly spectacular. Recognised as being of International Touristic Interest, it takes place in the spring, around April time. It commemorates the battle between the Christians and the Arabs which took place in 1276. The events begin on day one with the huge parades of the Christians, followed by the parades of the Moors, all wearing elaborate costumes and holding mock weapons. The second day is dedicated to the patron saint of St George (San Jorge), who rides around the town on a white horse. The third day is the best day of the festival, when the re-enactment battles take place with antique-style guns. 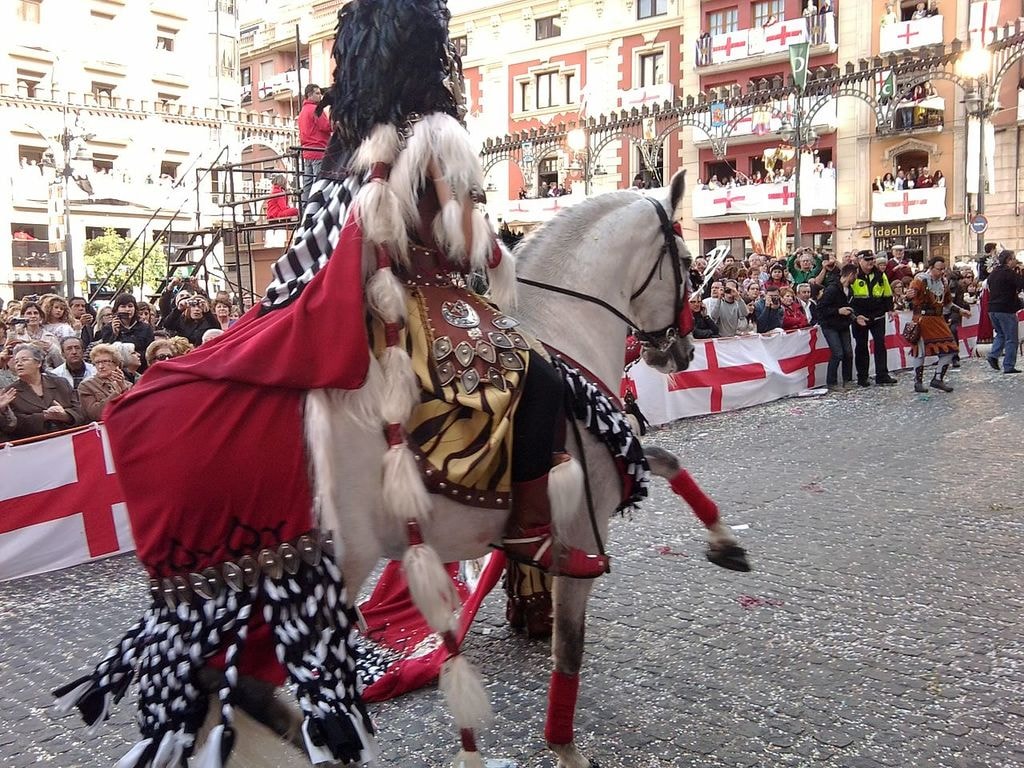 If the festival in Alcoy is the best, then the one in Villajoyosa is the second best. Also recognised as being of International Touristic Interest, it takes place at the end of July. The week-long festival begins the night before with the switching on of the festival lights and a parade of marching bands, before a firework display to mark the beginning of the events. The next night, the Christians arrive, parading through the town, and the day after it’s the turn of the Moors. The main highlights of the week are the mock battle on Playa Centro beach, followed by a naval battle, complete with fleets of ships, and the reconquest of the castle. The festival culminates on the last three days with masses to honour Santa Marta, paella competitions and a children’s parade. 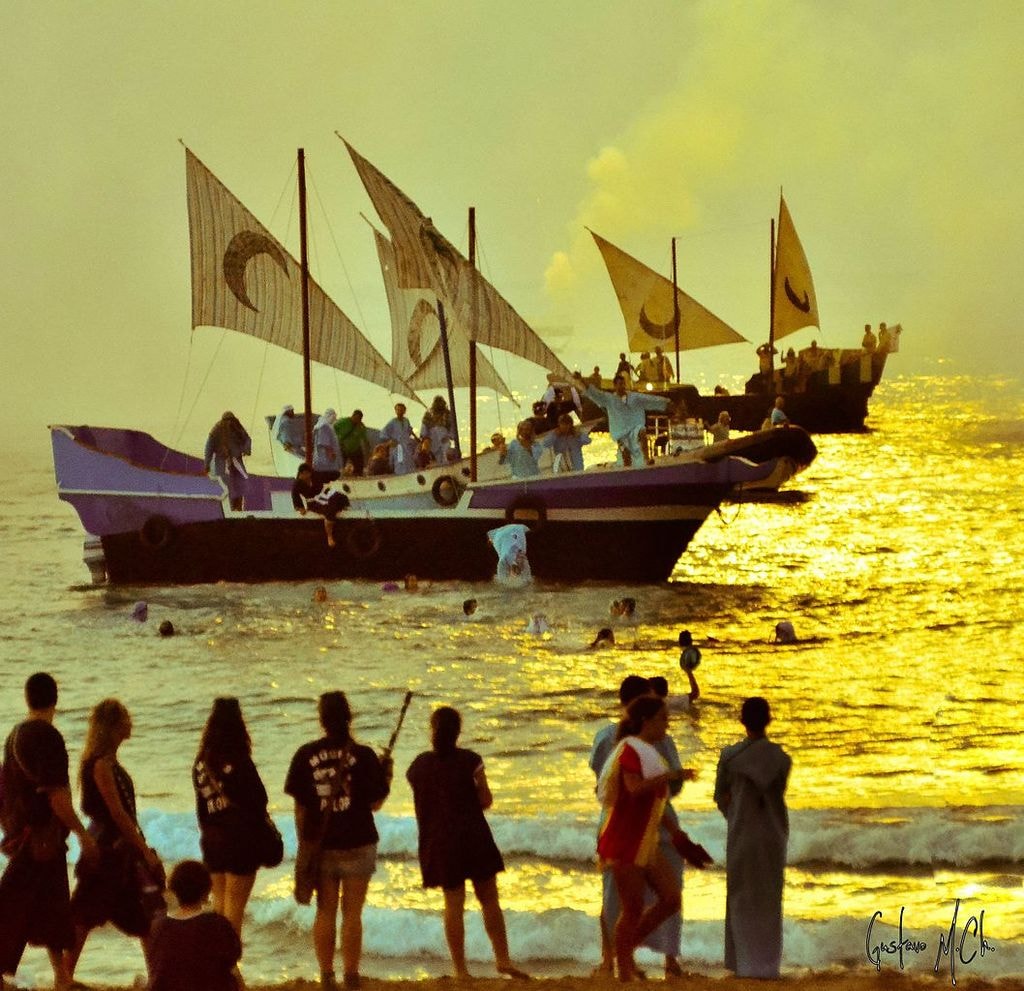 If you’ve missed the battles in Alcoy in spring and in Villajoysa in summer, then you’ll want to make sure to visit Villena for their Moors and Christians Festival in September, honouring the patron saint of Señora María de las Virtudes. Over 12,000 people participate in the parades here, making it one of the biggest in the country. They are made up of 14 different armies – seven Moorish ones and seven Christian ones. Guns are fired to mark the beginning of the event, followed by huge parades through the streets, marching bands, and the war and sieges battles at the town’s castle. 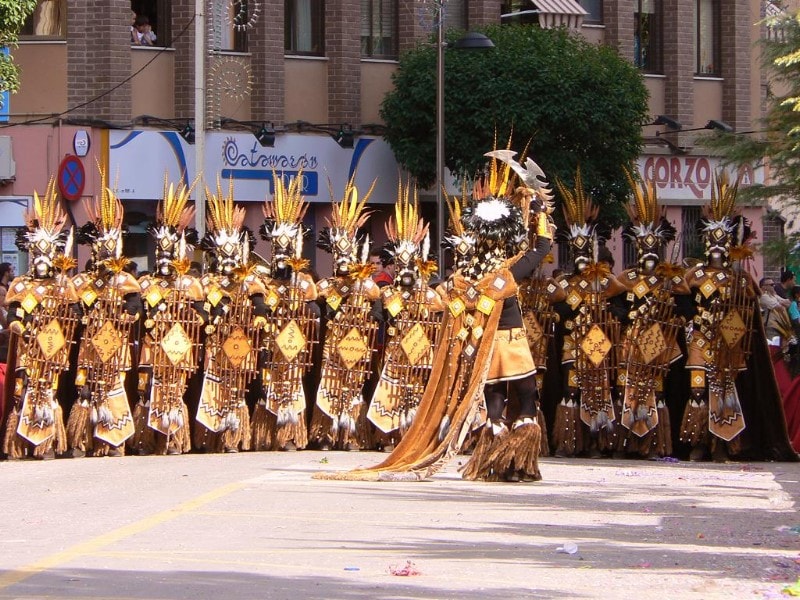 The Christians and Moors Festival in Campello takes place in October and honours the patron saint of Mare de Déu dels Desemparats. While it may not be as big as those in Alcoy, Villajoyosa or Villena, it is certainly impressive. Like the other festivals, it features parades of the Christians and the Moors and recreates the historical events during the Moorish rule. The festival here begins with the children’s parade and firework displays, followed by the marches of the Moors and the Christians up to the castle the next day. Over the next few days, the festival lights are lit, the Moors arrive by sea, and there are various mock battles and military parades, as well as traditional music and dances being performed. 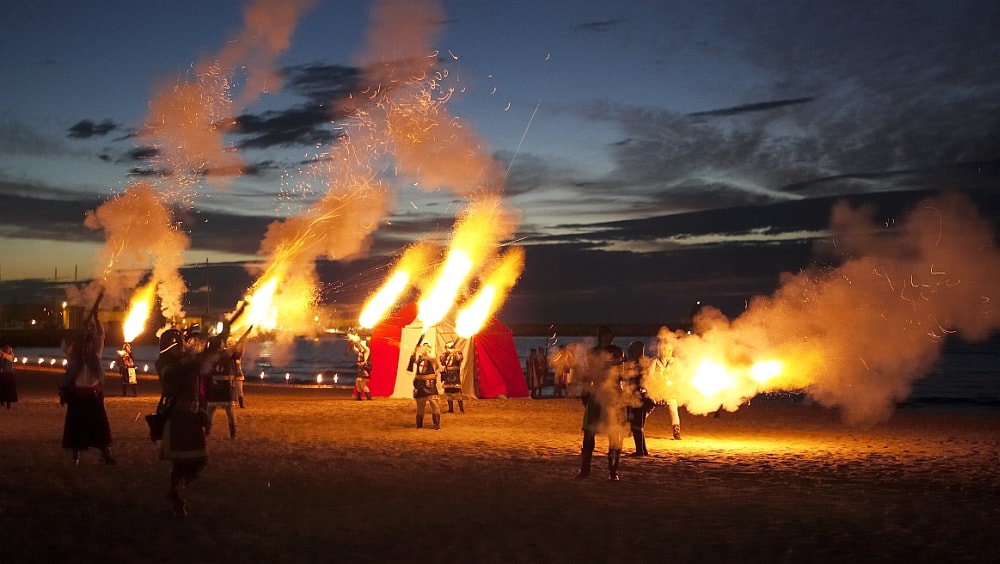 Taking place in February, the festivities in the village of Bocairent celebrate the holy patron saint of Saint Blaise. Located around half way between the cities of Valencia and Alicante, it’s ideal if you want to see the festival as well as two of the region’s most buzzing cities. The festival comprises a number of different parades, from the classic Moors and Christian ones to musical ones and even ones featuring the town’s famous colourful blankets. The last two days of the event culminate in a mock battle, complete with the firing of muskets and a celebration when the Moors are dispelled. 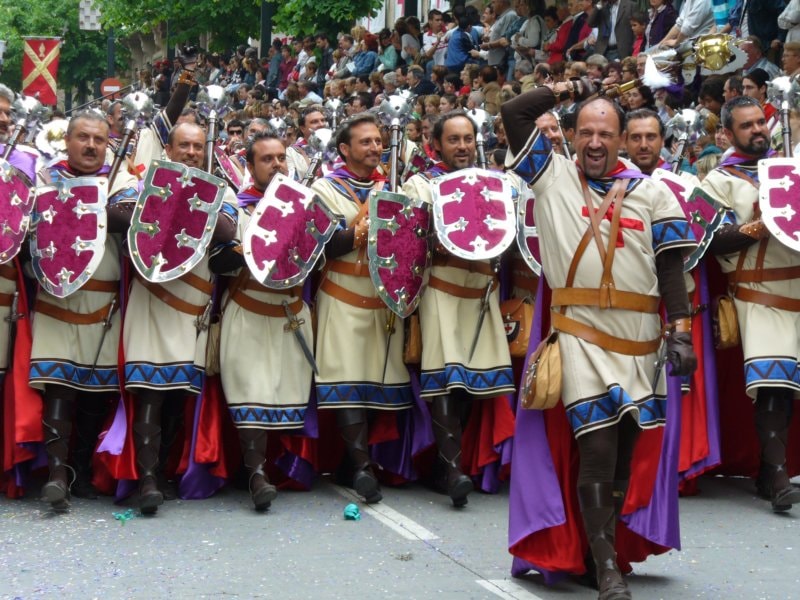 If you don’t want to fight the crowds at the Alcoy festival, then the Banyeres de Mariola Moors and Christians parades is just a 25-minute drive to the west, and also honours St George. Not only do they hold the festival in April like in Alcoy, but also once more in October – the only town that holds it twice a year instead of just once. 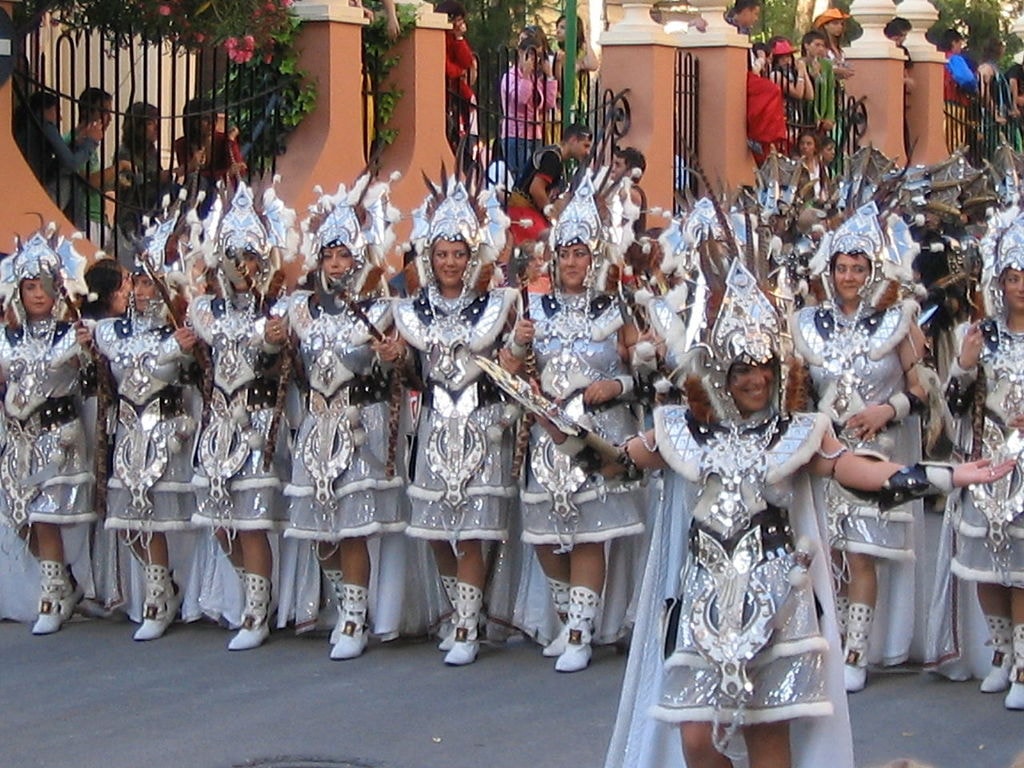