Where to Go in Granada for Panoramic Views 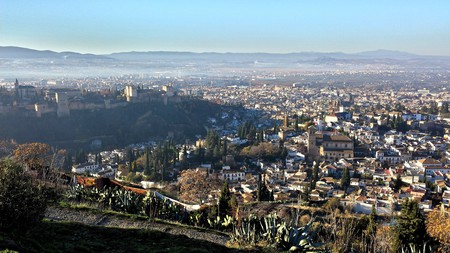 Once you hit the cobbled, uneven streets of Alabacin the first place locals will tell you to head is Plaza San Nicolas – and with good reason. Situated right at the top and in the middle of Granada’s old Arabic quarter, this busy square offers some of the most dramatic panoramic views in the city, if not the whole of southern Spain. Straight in front of you, across the steep, verdant Darro valley, is the magnificent Alhambra fort and palace complex, with a backdrop provided by the crisp peaks of the Sierra Nevada mountains; to your left, the hilly landscape that surrounds Granada rolls out to the horizon; and to your right Granada itself spills out from the Darro valley. At night, it hardly needs saying, the view is captivating. 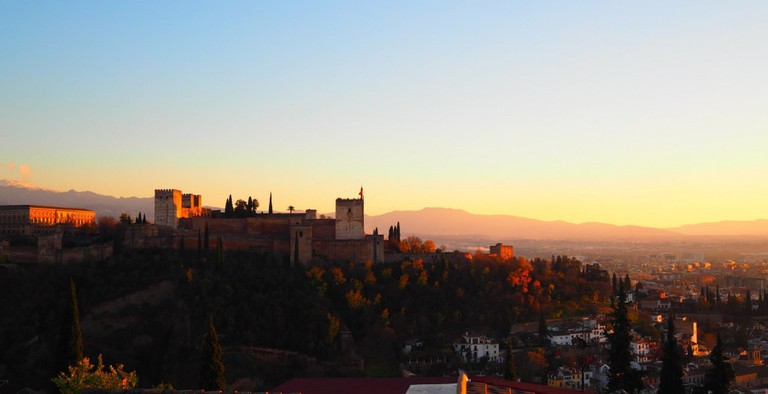 If you’re prepared for a bit of a scramble up through the rugged, baked countryside above the Gypsy quarter of Granada, your efforts will be rewarded. From the hilltop directly above Sacromonte’s Caves Museum – accessed through a hole in the wire fence – you´ll find uninterrupted 360 degree views of Granada and the wild, mountainous landscape that surrounds it (and that once protected it so well from roaming Christian conquerors). This is one of the highest points in the city and one of the best spots to watch the sun set over Albaicín or, if you´re up early enough, rise over the Alhambra. For another of the best panoramic spots in Granada, an undemanding walk takes you through the countryside between Sacromonte and Albaicín to San Miguel Alto (see below). 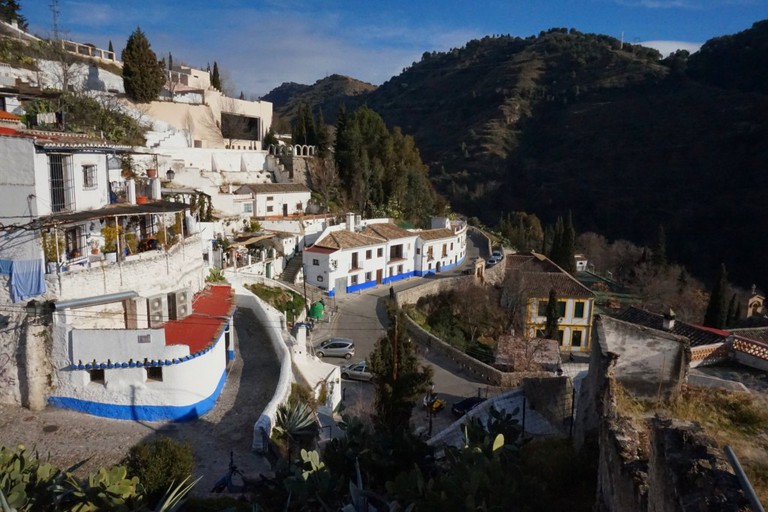 The top of Sacromonte (top left in this picture) afford stunning views of the city; courtesy of Encarni Novillo

From the little courtyard fronting this hermitage-in-the-sky, the panoramic views are truly humbling. San Miguel Alto is perched high up on the hillside above Albaicín and is reached either via a winding stretch of concrete steps (that a local street artist has made to look like the keys of a piano), or through the countryside from Sacromonte. It’s a popular spot for local couples, who embrace on the little stone wall and watch the sun set over the city far below. Up here you feel very far away from the chaotic, lively streets of central Granada, although in fact you are only about a fifteen minute walk from the centre of Albaicín. 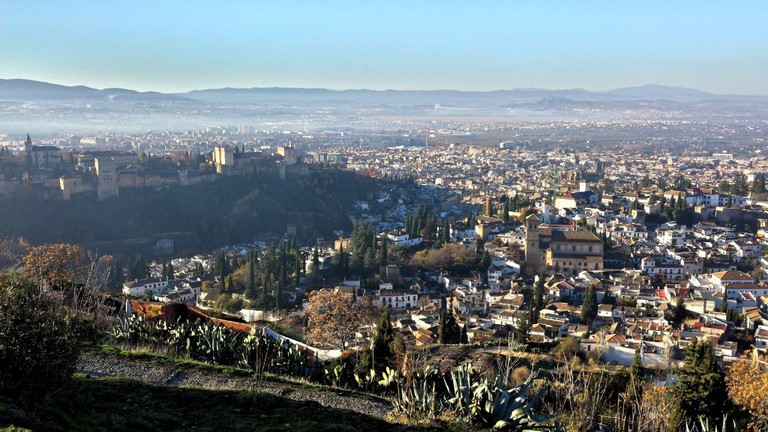 The view from San Minguel Alto; courtesy of Encarni Novillo

The Alhambra´s most formidable tower, adorned by the gently undulating flags of Andalucia, Spain and the EU, has a surprisingly delicate name: The Tower of the Candle. From this mighty lookout post you can survey all of Granada, the Sierra Nevada and the surrounding landscape, as it stretches out to the horizon in every direction. Indeed, this incomparable vantage point enables you to better understand why it took the Christian conquerors so long to seize Granada: the soldiers of the Nasrid kings, the last Moorish rulers of Granada, could see them coming in every direction long before they were anywhere near the city. The only hindrance to the panoramic perspective afforded by being this high up will be your fellow visitors, who will also be trying to capture a view that needs to be experienced to be believed. Incidentally – if you´re not a fan of heights, don’t look straight down! 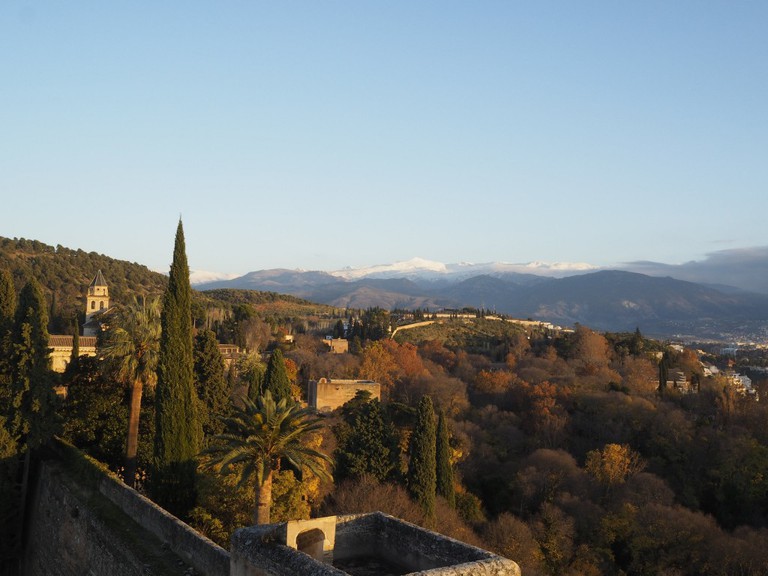 Incredible panoramic views from the towers of the Alhambra; courtesy of Encarni Novillo