Where to Go Clubbing in Valencia 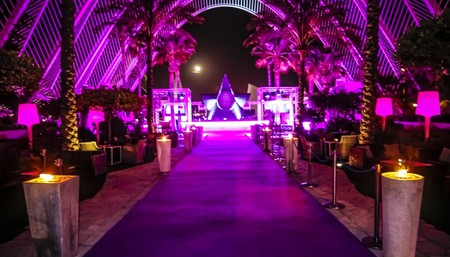 Valencia is a city that really knows how to party. From the endless bars filling the city centre to its calendar full of raucous festivals, this is pretty obvious. Decades ago, it had a bad reputation as a sort of Spanish sin city, where people from across the country came to indulge in their various vices. At the time, experimental DJs reigned supreme in Valencia – long before Ibiza was the place to go. Most of the big clubs from those days have now closed down (and Valencia has cleaned up its act and become a lot safer), but the party spirit lives on.

For the best night out in Valencia a little pre-planning helps. There’s no main drag full of nightclubs here; the best clubs are dotted around the city, and pre-booked tickets go a long way to making your night more enjoyable. Like elsewhere in Spain, the clubs here don’t really get going until about 1am, but there are plenty of interesting bars to check out first. Here’s our guide to some of the best places to party until the small hours.

Ditch your heels and get ready for some serious dancing at this famous alternative club near the port, hosting local talent and international electronic legends in its three rooms. Since it opened seven years ago it has attracted a young, cosmopolitan crowd keen to escape the mainstream clubs of the city centre. Entry is free before 2am with the guest list. Queues get crazy on weekends so we recommend going online to buy a presale ticket.

A kind of pilgrimage for clubbers, Barraca has been open for 50 years and is still going strong. It’s one of the few still remaining from the city’s heyday as a clubbing mecca. People still flock to this temple of electronic and techno music for the amazing sound system, superstar DJs and beachside location outside the city (it’s very much worth the trip). You can’t help but feel the history in the air when you walk into this huge space, divided into four rooms with a total capacity of over two thousand. The outdoor terrace in the summer months could definitely be mistaken for Ibiza, and locals cool off after a long night of dancing by skinny dipping in the sea. Tickets start from €15.

This open-air club in the famous City of Arts and Sciences complex must be seen to be believed. By day, the futuristic L’Umbracle structure holds a tropical garden plus viewpoint and (sometimes) open-air art gallery. By night (in summer only) the garden space is transformed with into a club with outdoor seating and a great cocktail bar, the modern architecture and palm trees illuminated with purple lights and giant candles to enchanting effect. The music is mostly mainstream featuring house and top 40 hits, and the club is seen as one of the city’s classier spots, loved by locals and students. Entrance is €15 with a drink included.

With a magical view of the famous City of Arts and Sciences at night, MYA is attached to L’Umbracle but stays open all year. It’s the favourite hangout of the young international crowd, with no end of erasmus parties and cultural exchange events held here. It also hosts occasional important events like awards ceremonies and fashion shows, when it becomes of one of Valencia’s few venues for celeb-spotting. 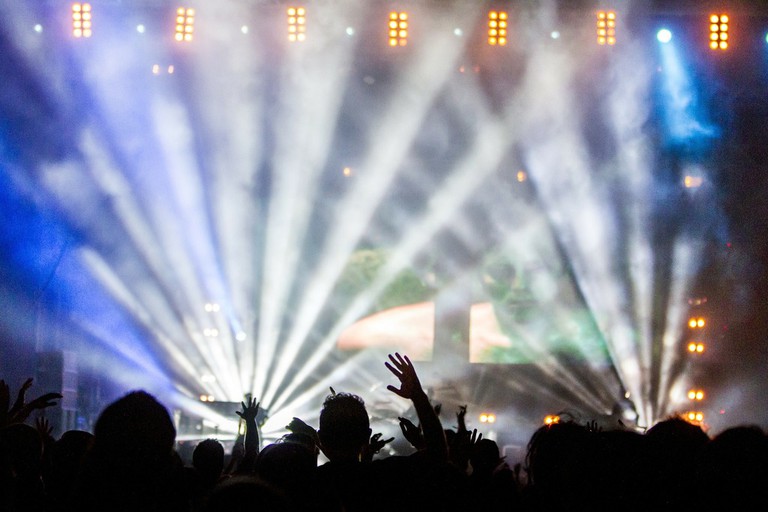 If you’re looking for somewhere with more of a local Spanish vibe, this popular club attracts thousands of mostly young Spanish people every weekend with its lively atmosphere, thoughtful design and resident DJs playing everything from top 40 hits to electronic music.

For a more intimate venue playing host to live music acts, you can’t beat Loco Club. It regularly hosts new local talent, with a modern, spacious interior and relaxed neighbourhood feel, partly thanks to its quiet location near the Angel Guimera metro station. 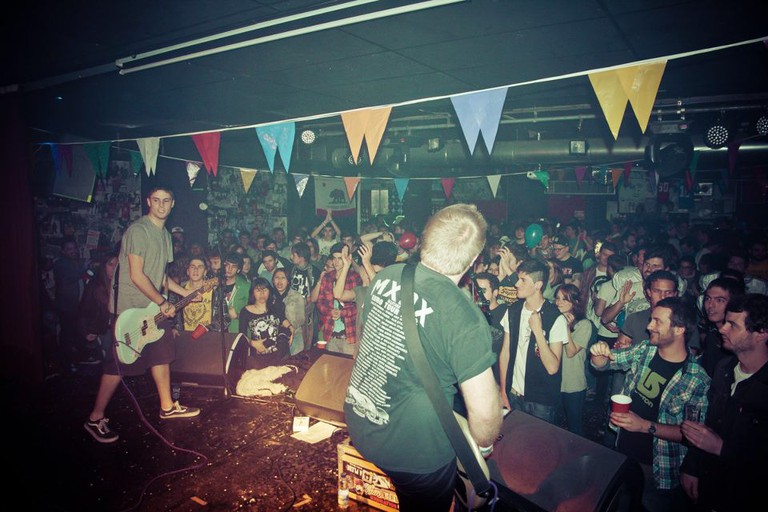 The gay club in the city is Deseo 54. With two floors of live performances and DJs, it’s the place to be on a Friday or Saturday night. The dance floor downstairs is always packed and you’re guaranteed a great atmosphere. Entry is around €8, or free if you grab a flyer at The Muse, the city’s favourite gay bar.