Where to Get the Best Paella in El Raval, Barcelona 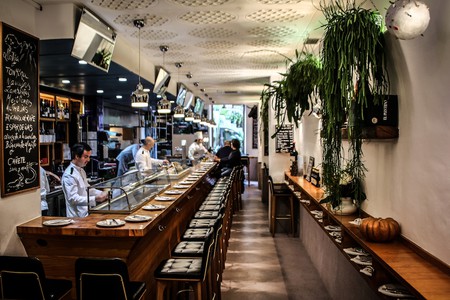 Located just south of La Rambla, the neighbourhood of El Raval was once a grittier part of town generally avoided by both tourists and locals. These days, it is a lively, multi-cultural area home to Barcelona’s cutting-edge contemporary art museum, the MACBA, as well as trendy independent stores and bustling bars and restaurants. We take a look at the eateries serving up the best paella in the neighbourhood. 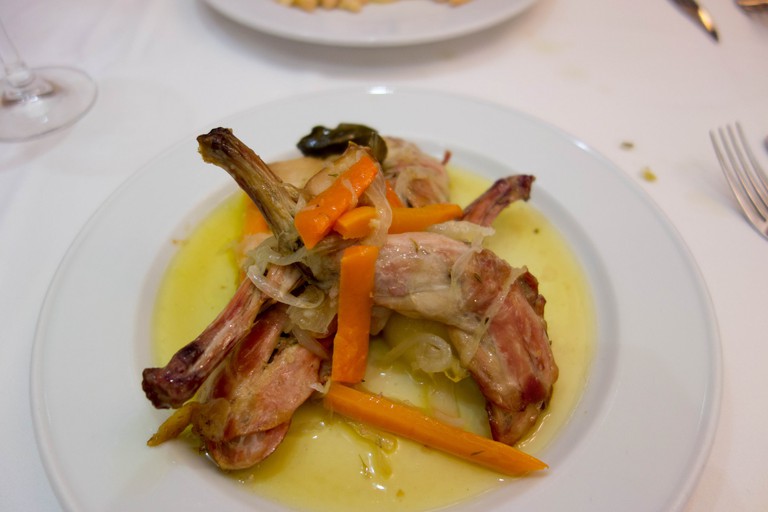 Something of a neighbourhood institution, Ca L’Estevet has been serving food since the early 20th century. By the late-1940s onwards, it had become the gathering point for the local artistic crowd, and a number of notable local characters have passed through its doors. A Catalan restaurant first and foremost, the food offering consists mostly of classic dishes, with grilled fish and hearty meat stews featuring heavily on the menu. There’s just one paella on offer, but it’s all you really need: a seafood paella with no shells, cooked to order and served generously. 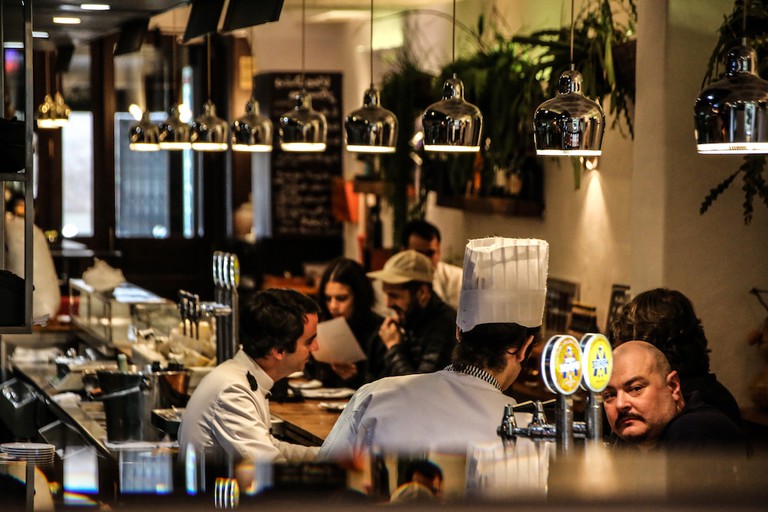 At the counter | Courtesy of Cañete

This is hands down one of the best restaurants in El Raval all round and, with its white tablecloths and brass bar fittings, is a far cry from the graffitied walls and crumbling buildings you’ll find elsewhere in El Raval. The Bar Cañete is the more informal part of the Cañete restaurant, where dinners can perch at the counter and watch the chefs busily cook in front of them. While not specifically a paella restaurant, the ‘La Paella Cañete’ is a daily changing paella prepared with whatever is in season. Stylish, gourmet and offering excellent service, Bar Cañete is a must-try in Barcelona. 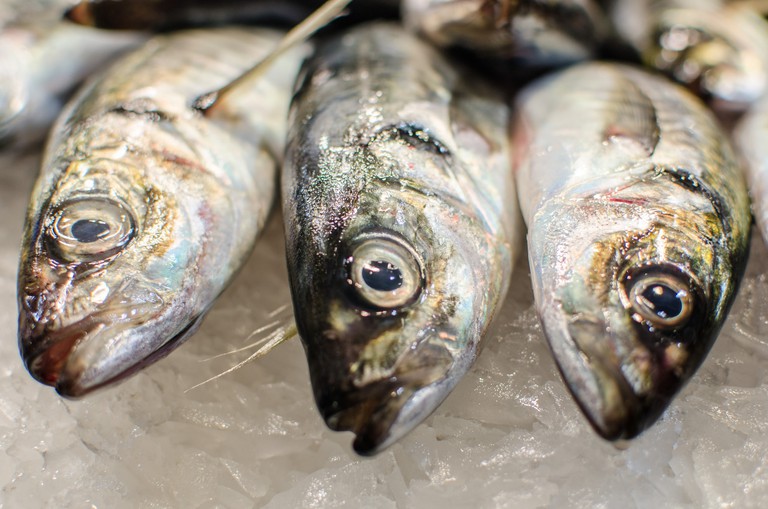 Located on an anonymous side street of El Raval, Arume is a popular modern Spanish restaurant lead by a Galician chef who likes to show off his local terroir. The dishes borrow from traditional cuisine but the presentation is contemporary and elegant, while the locale is cozy, playful and a little quirky. There are two paella dishes to choose from, one a traditional seafood paella that comes with no shells or bones, another an altogether more original creation featuring duck meat and Padrón peppers (another Galician speciality).

While these days, the Boquería market is as much a tourist attraction as it is a place to shop, it’s still one of the biggest and well-stocked food markets in the city – and a pretty impressive sight to behold. Inside the Boquería, there are a number of counter bars offering traditional Spanish tapas from breakfast to lunch. The Paella Bar, as you might have guessed, is a restaurant specialising in authentic Spanish paella, which they offer in a number of varieties such as Valencia paella with chicken and rabbit, seafood paella and even a playfully named ‘tourist paella’ with lobster and – perish the thought – chorizo. 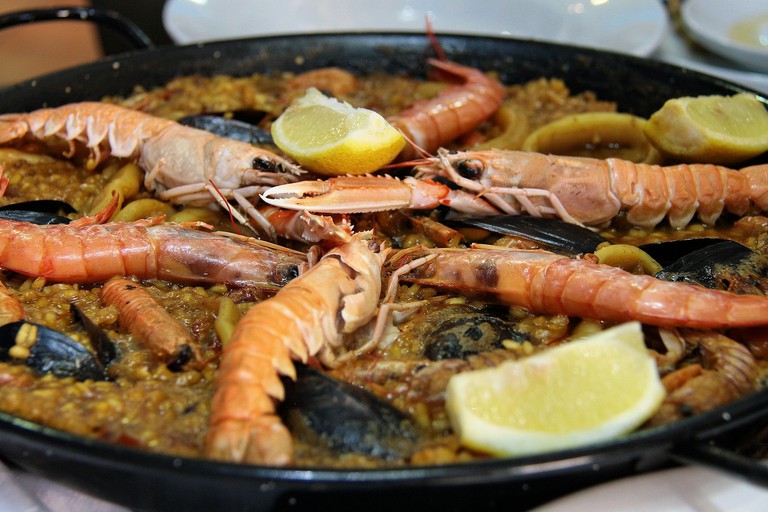 A quirky, casual restaurant and tapas bar located not far from La Rambla, Restaurante Miño is a cheap and cheerful sort of place with friendly service. While the paella here is not the most refined it is home-made and the mixed paella comes generously topped with mussels, clams and crayfish as well as chunks of chicken and pork. The drinks list includes some rather tasty cocktails and reasonably priced bottles of local wine.

The first thing that needs to be said about Restaurant Elche is that it’s not actually in El Raval but technically in adjacent Poble Sec. However, given that it’s widely considered one of the best paella restaurants in Barcelona and is within meters of El Raval, it certainly deserves mentioning. Named after the small town in the province of Valencia from where the owners originated, Elche is a sophisticated paella restaurant that is invariably full of locals at weekends. The menu includes seafood paella, black rice cooked in squid ink and even a lobster rice that comes in a rich sauce. Prices are on the slightly higher side, starting at €19 per person, but on the other hand wine starts at €10 a bottle so there’s no need to break the bank if you don’t want to.

Located in the corner of one of El Raval’s somewhat more colourful squares, Robadora is a stylish, modern restaurant serving contemporary Spanish food. Open until 3am every day of the week, it attracts a hip, younger crowd who appreciate the stylish dining room and nearby nightlife. The menu features some classic dishes reinterpreted for the modern palate, but without compromise: the Valencian paella is prepared with rabbit and snails just as the original recipe called for.