Where to Find the Best Contemporary Architecture in Barcelona 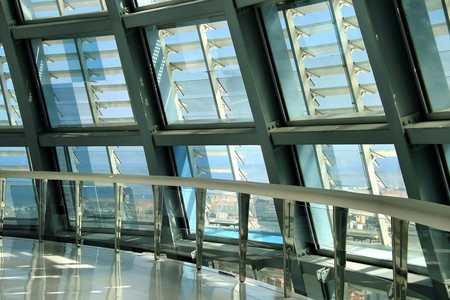 Barcelona is famous for its jaw-dropping architecture, some of which is hundreds of years old. But there’s more to the city than its historic buildings: there are a great number of impressive contemporary designs that are just as noteworthy. In fact, some of the world’s most famous contemporary architects have left their mark on the city. Here’s where you can find their work.

This iconic building was recently renamed the Torre Gloriès, but for most people it still goes by the name Torre Agbar, after the company who previously owned it. The striking design is said to have been inspired by the idea of a geyser shooting out of the ground, while its somewhat phallic shape was – according to Jean Nouvel himself – said to be inspired by the nearby Montserrat mountain. One of the best times to admire the tower, which is mostly used as office space, is at night, when some 4,500 LED lights illuminate it. 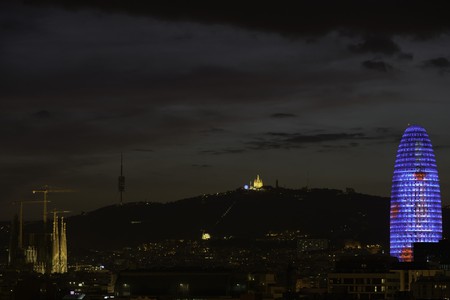 This contemporary design is one of the highlights of the Forum Park, an urban public park on the edge of the city. The space is often used for music festivals such as Primavera Sound, as well as exhibitions and seminaries. Architects Jacques Herzog and Pierre de Meuron designed the Forum Building, which drew controversy at the time of its inauguration because of the seemingly elevated cost to the local government. The building is sometimes referred to as the Museu Blau de les Ciències Naturals in honour of the natural science museum it is home to. 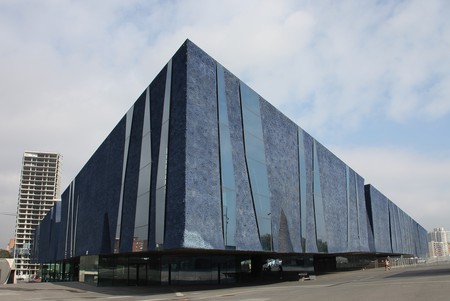 Visible from nearly every corner of the city, Norman Foster’s Torre de Collserola – so named in honour of the Collserola park in which it is located – was commissioned for the 1992 Barcelona Olympic Games to transmit radio and television. The top of the tower offers the highest viewpoint anywhere in Barcelona and the 10th floor of the building is open to the public, offering spectacular vistas of the city and a hair-raising glass-floor view of the ground some 115 metres (377 feet) below. 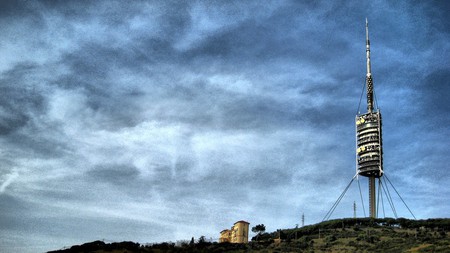 Not only is the MACBA a reminder of Barcelona’s historic and ongoing relationship with the art world; it’s also a symbol of the regeneration of what was previously one of the city’s most derelict neighbourhoods. The building was designed by the American architect Richard Meier, who was charged with creating a building that could welcome a wide range of contemporary art forms. The presence of large amounts of natural light and open viewing of the square below are among the most striking features of the building. 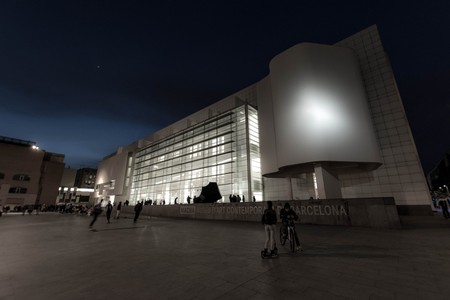 Another contemporary Barcelona landmark to have been commissioned around the time of the 1992 Olympic Games, the Montjuïc Communications Tower was designed by Spanish architect Santiago Calatrava, famous for his formidable if sometimes controversial designs. The communications tower is said to represent an athlete holding an Olympic flame, but what many people ignore is that it also functions as a giant sundial which projects the time onto the square behind it. 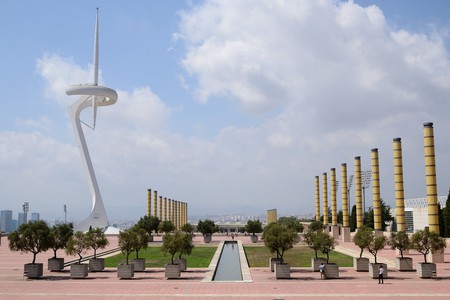 One of the more recent additions to the city’s impressive architectural landscape, the W Hotel is a five-star luxury hotel located on the edge of the Barceloneta pier. Locally it has earned the nickname ‘Hotel Vela’ or ‘Sail Hotel,’ owing to its shape, resembling a ship’s sail. The building is covered almost entirely with reflective glass, meaning its colour changes throughout the day and depending on the weather as it reflects the sea and sky. 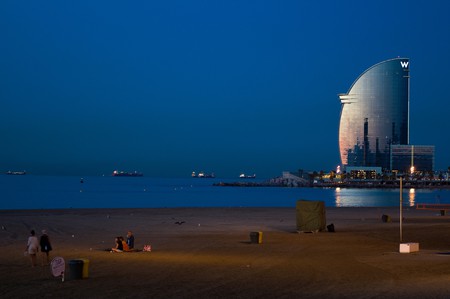 Last but not least, no talk of Barcelona’s contemporary architecture would be complete without mentioning Canadian–American architect Frank Gehry and his Fish. Described by Vanity Fair as ‘the most important architect of our age’, Gehry’s 56-metre (184-foot) sculpture of a golden fish is one of the city’s most popular and iconic landmarks, visible from the Barceloneta beaches and the Port Olimpic Marina. As the sun reflects off the metallic surface of the fish, it appears to shimmer like a fish caught out of the water and ready to jump back into the Mediterranean that lies in front of it. 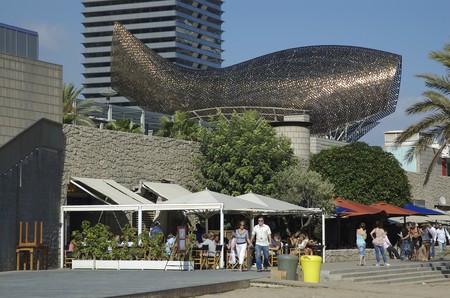