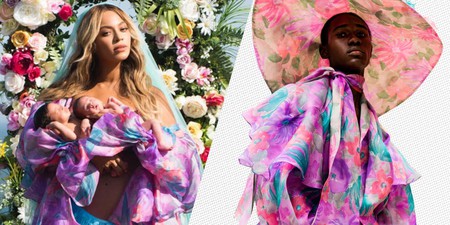 By now, you’ve seen the photograph of Beyoncé revealing twins, Sir Carter and Rumi on Instagram, because when Queen Bey posted it early Friday morning, she broke the internet. In fact, Vogue predicts the photograph is going to be one of the most well-liked Instagram photos in history. But what is she wearing? The answer will surprise you.

The dress Queen Bey is wearing in the famous Instagram shot is actually from a menswear line. Alejandro Gómez Palomo of the romantic menswear label Palomo Spain, photographed the dress for his look book on a man. 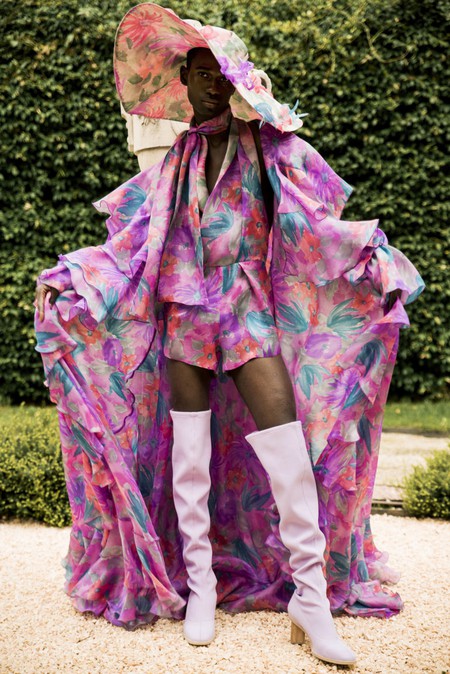 “It’s the only piece I’ve ever made like that,” Palomo tells Vogue from the Iberian Peninsula. “It is vintage silk organza from a really old couture textile shop in Córdoba, Spain, which is near where I live.”

“It is circa either the 1950s or the 1960s,” the designer continues in an article for Vogue. “I thought, Oh my God, I am so in love with this fabric. It had a midcentury quality—but we changed that. It’s exquisite . . . and I can never find it again, of course. It’s a gown, now, that almost has the shape of a big fur coat—sleeved and open.” 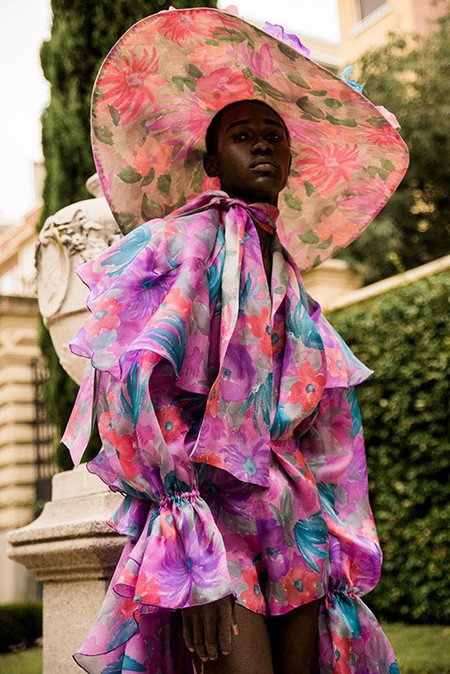 As a label, Palomo Spain advocates the dismantling of gender norms, and encourages men to wear dresses if they so choose.

Some of Beyoncé’s favorite designers of late include a mix of high-end and street savvy labels. She loves Givenchy, as the singer notes in her song, “Formation,” (I’m so reckless when I rock my Givenchy dress). But Queen Bey also rocked the street favorite labels Hood by Air and Zana Bayne in her “Lemonade” visual album. 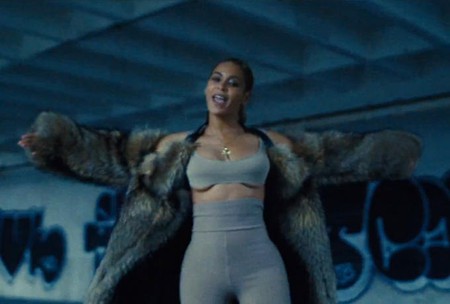 The famous mustard chiffon dress she wears is straight from the Roberto Cavalli Fall 2016 runway, but in the album, she also dons a Yeezy sweatsuit, mastering the art of the hi-low mix. 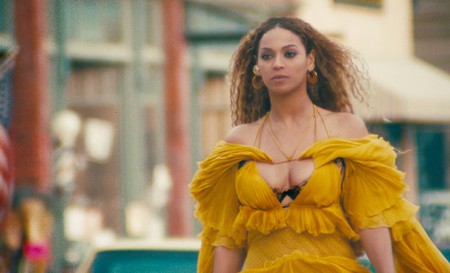 When you’re Beyoncé, it so seems binaries like high-low or male-female are arbitrary when it comes to style. And that’s a beautiful lesson to show the world.