What to Pack on a Trip to Barcelona 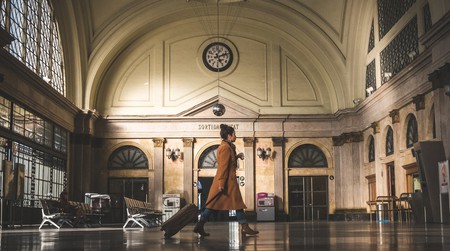 Knowing what to wear when you visit one of the trendiest cities in Europe isn’t always easy. From the urban appeal of the Raval to the glamour of Passeig de Gràcia, figuring out what to pack can be a little tricky. Here’s our guide to how to make the most of your suitcase allowance when visiting Barcelona, so that you can stand out for all the right reasons.

Walking is the preferred mode of transport for many in Barcelona and with so many sights to see you’re going to be spending a lot of time on your feet. Pack comfortable shoes but don’t skimp on style: think a pair of Sam Smiths or Converse for trainers, or even a pair of designer espadrilles or Birkenstock sandals for the warmer months. Don’t imagine a pair of flip-flops will get you round Passeig de Gràcia and back.

The idea of dressing up in Barcelona is quite different to dressing up in London or Paris. It’s relatively uncommon to see young women in high-heels and short skirts in Barcelona on a Friday night unless you’re heading to a night-club on the Port Olimpic or in uptown Barcelona. Equally, men aren’t likely to wear shirts out unless its a short-sleeved shirt and is matched with a cool pair of jeans. This doesn’t mean locals don’t like to look cook, quite the contrary – but it’s more Vice than Vogue. 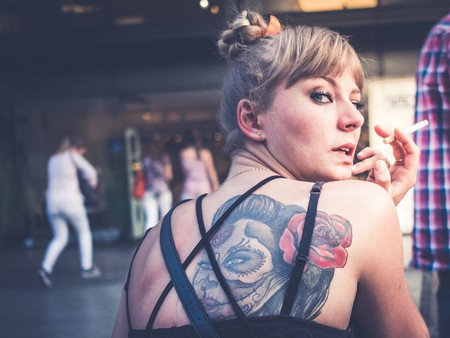 In Spring and Autumn pack an umbrella or rain jacket

While there are only an average of about 50 days of rain a year in Barcelona, most of these are in the months of April and May, September and October. While it won’t necessarily be very cold at those times, do pack a light-weight rain jacket or umbrella as you’re likely to get caught in a shower at least once.

Shorts… but only if you’re going to the beach

As a rule of thumb, Barcelona locals like to wear beach-wear… and keep it at the beach. Wearing shorts (especially for women) in the city is considered something of a faux-pas and is a dead give-away that someone is from out of town. Bring some short with you but only wear them if you’re planning a trip to the beach, a picnic or a day in the countryside. 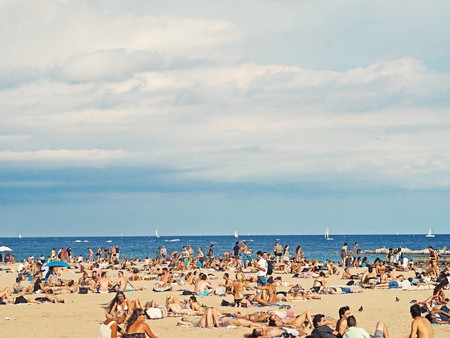 A sexy bikini or swim shorts

When Barcelona locals do go to the beach, they know how to look good. Leave your saggy bikini or washed out swim-shorts behind and make sure you pack something that looks and feels good. While in town people tend to like to cover up, at the beach there seems to be no limit to how tiny bikinis can be.

Locals tend to dress in relatively subdued shades of colour, avoiding anything too bright. Unless you’re going for a statement look and are fairly confident in what you’re wearing, avoid anything with day-glow or overly vivid colours. This is especially true in autumn and winter when many people tend to stick to shades of blue, grey or brown with the occasional touch of colour. 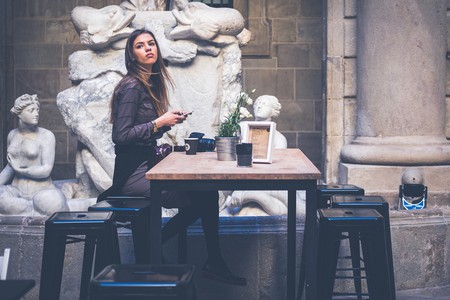 Pick-pocketing is still a major problem in Barcelona yet by using a little street-sense you can avoid any major disasters. If you’re carrying a hand-bag pack something that you can zip close and carry over the shoulder. This means you’ll be less of a target for anyone looking to slip their hand into your bag for a phone or wallet.

Regardless the time of year, there’s nearly always a chance of getting caught in the sun in Barcelona, especially if you are fair-skinned. If you’re only planning on doing sight-seeing and not going to the beach, opt for a lighter facial suncream or a moisturiser with a UV protector included. There’s nothing worse than walking round with a bright red face in March. 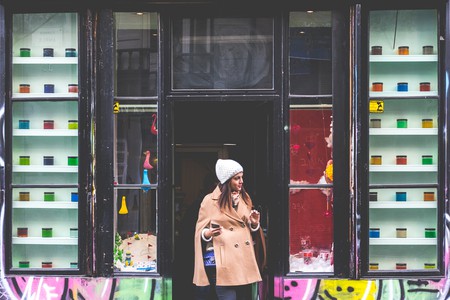 Dress according to the season | © Enric Fradera

Leave the selfie stick behind

Not only will it make you stand out like a sore thumb among locals, they’ve even been banned in certain museum and popular tourist sites. You’ll have to ask someone else to take your picture if you’re planning on visiting the Casa Amatller, the Casa Lleó i Morera, the Picasso Museum and the Catalunya National Art Museum.