What to Know About Madrid’s Summer Verbenas 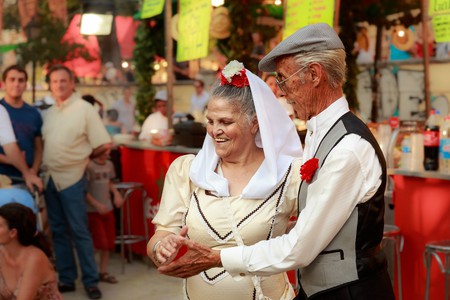 As the temperature rises in Madrid, the Spanish capital looks forward to celebrating three of its key traditional festivals, or verbenas, which take place among its very oldest neighbourhoods. Here’s everything you need to know.

What is a verbena?

‘Verbena‘ literally means ‘open-air dance’ or ‘street party’ – Madrid’s verbenas are the city’s traditional festivals, three of which are held in August. The festivals really show off Madrid’s small-town spirit; it might be a capital city, but in August visitors can really see the neighbourly and close-knit bond of its locals and the cosy feel of its oldest neighbourhoods.

This fiesta, the first of Madrid’s August verbenas, is centred around El Rastro (where the famous Sunday street market is held) and Embajadores, towards the southern end of Lavapiés and takes place between August 2 and 8. Street dancing, open-air concerts and costume competitions are just some of the activities that will be held during the fiesta. Many of the main events are based around Plaza de Cascorro and Calle Embajadores.

The second verbena in August takes place in Lavapiés, Madrid’s most multicultural neighbourhood, between August 9 and 11. It is dedicated to San Lorenzo (Saint Lawrence). Similar to San Cayetano, this festival includes street dancing, costumes, concerts and plenty of eating and drinking. There is also a special mass and procession in honour of San Lorenzo that take place around the Iglesia de San Lorenzo (San Lorenzo Church). Many of the activities are held on and around the Plaza de Lavapiés. 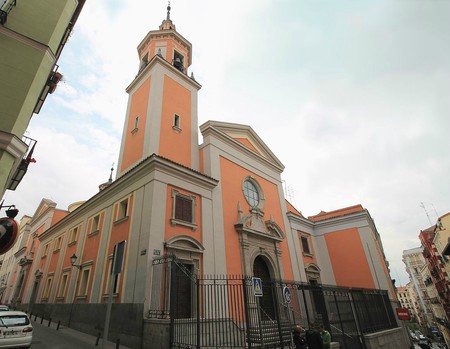 The biggest of Madrid’s summer verbenas takes place between August 12 and 15 in the neighbourhood of La Latina. It is dedicated to the Virgen de La Paloma (Virgin of the Dove) and sees the month’s festivities reach their peak with concerts, food festivals, dancing and competitions to find the best-dressed costume wearers. All the action is based around Plaza de la Paja and Plaza de Las Vistillas. 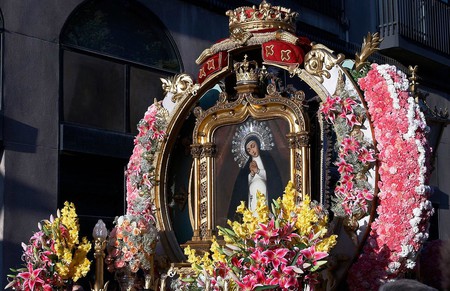 During Madrid’s summer verbenas, many locals don traditional dress, known as chulapos or chulapas, which harks back to the typical dress of the late 19th century. Women wear polka dot dresses or ruffled skirts with a shawl, headscarf and rose in the hair, while men wear a white shirt, grey waistcoat and flat cap. 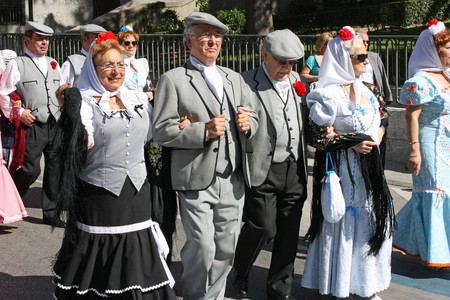 Locals dance chotis during the festival, a traditional folk dance whose name derives from the German ‘Schottisch‘ (‘Scottish’). While today, the dance is firmly associated with the Spanish capital (certainly in the minds of locals), it is said to have its roots far away in Bohemia, in the modern-day Czech Republic. It only made its way to Madrid in 1850, a variant of a German polka. It was first danced in the city’s Royal Palace but quickly became the dance of Madrid.

The dance involves the female partner moving around the male partner, who stays on the spot, his feet moving as he is spun around. Certain songs are associated with the chotis, such as Madrid, Madrid, Madrid by Augustín Lara.

During the verbenas, streets are strung with bunting and bars and restaurants set up stalls outside so people can socialise and enjoy the festival out on the streets. 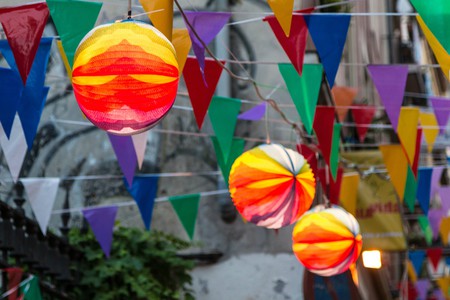 Bunting is hung up during Madrid's summer verbenas | © Barcex / Flickr

Refreshing lemonade is usually the drink of choice (as well as beer and wine) after dancing the chotis. With many tapas bars setting up stalls, the festival is a great opportunity to sample some of the city’s best tapas. Cava Baja in La Latina is renowned as one of Madrid’s best tapas streets. 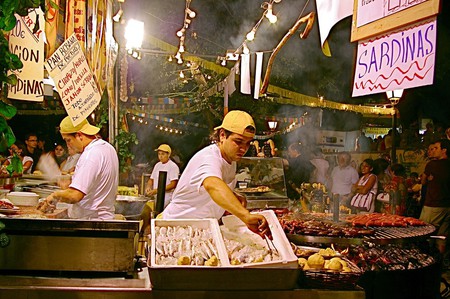