What to Know About #Cuéntalo, The Spanish Version of #MeToo 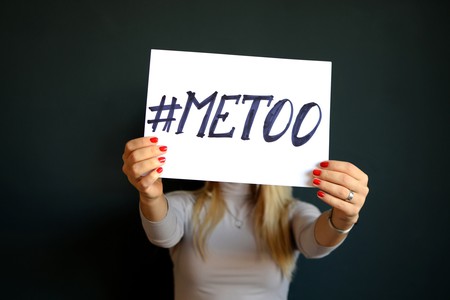 In response to a controversial ruling in a recent rape case, Spanish women are speaking out against sexual aggression on social media. They are sharing their experiences with the hashtag #Cuéntalo (‘tell it’), the Spanish version of #MeToo. Here’s what you need to know about a movement that’s dominating Spanish social media.

Over the last month, Spanish women have been sharing their experiences of sexual abuse and assault on social media using the hashtag #Cuéntalo (‘tell it’). Some of the accounts are told by friends or relatives of deceased women who lost their lives during sexual attacks. One refers to the Sandra Palo case that shocked Spain in 2005.

‘I am 22 and have a slight psychological disability. Four men kidnap me and rape me repeatedly. Not happy with that, they run me over seven times. Still alive, they throw petrol on me and set me on fire. Three of my murderers are free. I am telling this story because Sandra Palo cannot. #Cuéntalo’.

The #Cuéntalo hashtag – an echo of the #MeToo movement that started in response to sexual abuse allegations against film producer Harvey Weinstein – is being used to express solidarity with the victim of a gang rape that occurred at Pamplona’s San Fermín festival in 2016. 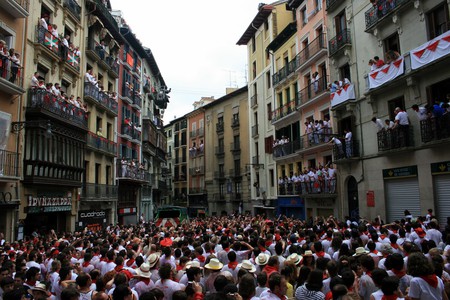 The #Cuentalo hastag is being used in response to a sexual attack that occurred at Pamplona's San Fermin festival in 2016; Abir Anwar/flickr

Public outrage has engulfed Spain after the five-month trial concluded at the end of April. In a verdict that made international headlines, five men were cleared of sexual assault and charged with the lesser crime of sexual abuse, each being sentenced to nine years in prison.

Demonstrations against the verdict – described by the chairwoman of one of Spain’s largest banks as a ‘step back for women’s security’ – took place in Pamplona, where the rape occurred, as well as in Madrid, Barcelona and Valencia. They have prompted the Spanish government to say that it will look at the classification of sexual crimes in Spanish law.

The five men, one of whom is an officer in the Spanish Civil Guard, called themselves La Manada (‘The Wolf Pack’). According to the police report, they cornered the then-18-year-old woman in an alcove during Pamplona’s famous bull-running festival in July 2016. They then raped her, filming the attack on their mobile phones and celebrating afterwards on their WhatsApp messaging group.

The report also noted that the woman maintained a ‘passive or neutral’ attitude throughout, keeping her eyes closed. The defence argued that this constituted consent, whereas the prosecution maintained she was too traumatised to resist or struggle.

Under Spanish law, sexual abuse is differentiated from sexual assault (which comprises rape) as not involving violence or intimidation. After the verdict in ‘The Wolf Pack’ case was announced last month, protestors bore banners saying, ‘It’s not sexual assault, it’s rape’. Reuters reported one demonstrator in Pamplona telling a Spanish radio station that ‘justice [in Spain] is still patriarchal. It puts the blame on us and we are unprotected’. The woman and the defence lawyers have said they will appeal the verdict. 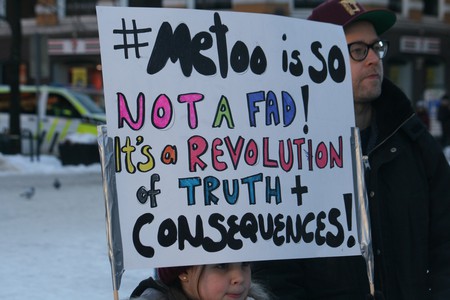 Thousands of women in Spain are speaking out using the #cuéntalo hashtag; GGAADD/flickr

Meanwhile, thousands of women are using the #Cuéntalo hashtag to express solidarity with other victims of sexual agression. They include the head of leftist party Podemos in Andalusia, who was subject to predatory sexual behaviour at university. One woman implied that what has so far emerged is merely the tip of the iceberg.

‘I’m 42 years old…and I am still yet to meet a single woman who hasn’t suffered some kind of abuse or assault. None of us have reached adulthood without some kind of mishap or trauma. Are you aware of the scale of this? #Cuéntalo’.