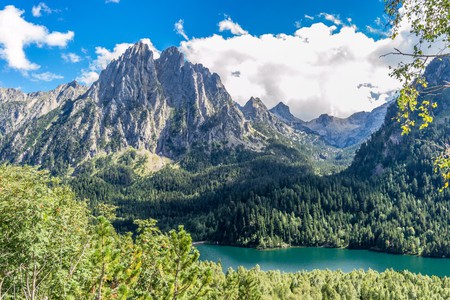 Located in the heart of the Pyrenees mountain range, Catalonia‘s Parque Nacional Aiguestortes i Estany Sant Maurici (translated as ‘the winding streams and lake of Saint Maurice’) is the most beautiful of Spain‘s 14 natural parks. Read on to find out why.

As the only Spanish parque nacional in the province of Catalonia, Aiguestortes is not short of competitors for the title of Spain’s most beautiful national park. For sheer untamed, wild beauty its closest rival is arguably the Sierra Nevada in Andalucia – a rugged wilderness that is home to mainland Spain’s two highest mountains, Mulhacen and Veleta.

However, what gives Aiguestortes the edge is its stunning location in the Pyrenees mountain range, not to mention its rich variety of flora and fauna, as well as the twin peaks of the ‘enchanted’ mountains rising above the St Maurici lake. 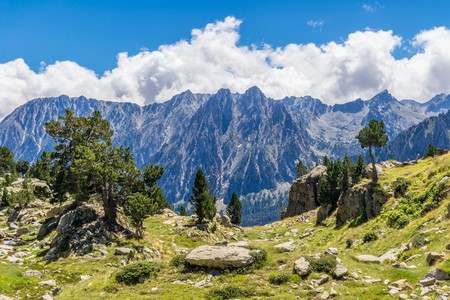 The ‘Els Encantats’ (‘enchanted’) peaks tower magnificently above the St Maurici lake, resembling a giant molar. ‘Little Enchanted’, as its name suggests, is the smaller of the two with an altitude of 2,734 metres (8,970 feet); its slightly taller brother, ‘Big Enchanted’, stands at 2,748 metres (9,016 feet). The alpine meadows that spread out some 400 metres (1,312 feet) beneath the mountains are populated with the dark pine trees common to the park, while the skies are patrolled by two of its most beautiful birds, the golden eagle and the bearded vulture. The mountainous landscape is comprised mainly of dark grey granite and slate.

As well as its breathtaking mountain scenery, Aiguestortes is also famous for its lakes, almost 200 of which are scattered about the park’s 140 square km (54 square miles). The largest and most stunning of these – Saint Maurici – gives Aiguestortes the second part of its name: it is located below the foothills of the Enchanted mountains, reflecting their crisp peaks in its clear, fresh waters. The surrounding pine and fir forests feature some stunning waterfalls, most notably the Cascada Ratera. Nearby you’ll also find the charming village of Espot, which is one of the principal entrances to the park. Brown trout inhabit many of the idyllic lakes here, while Pyrenean brook salamanders are local to the park’s many winding streams. 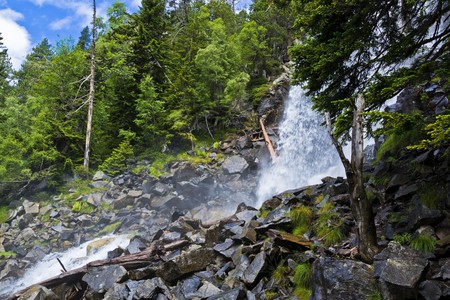 The park is also home to several species of mammal, including the stoat, the alpine marmot and the fallow and roe deers, the latter two of which were brought to Aiguestortes towards the end of the 20th century. One of the more troublesome residents is a species of viper which can give a poisonous nip; no need to freak out, though, as it’s hard to come across (not that you’d probably seek one out anyway) and only strikes when provoked.

Hiking is the best way to see this stunning park, and there are plenty of routes of varying levels of difficulty available: just ask for details at the park’s two main entry points and information centres in Bohí and Espot, or visit its official website. A couple of biking routes take you to the St Maurici lake in the east and the Aiguestortes plains in the west. There are also two treks – dubbed ‘Living Paths’ and ‘Chariots of Fire’ – that take several days, during which you can stay in several of Aiguestortes’ ten catered and guarded mountain refuges. Given the truly humbling mountainscapes of Catalonia’s only national park, these are some of the best walking holidays on the planet. 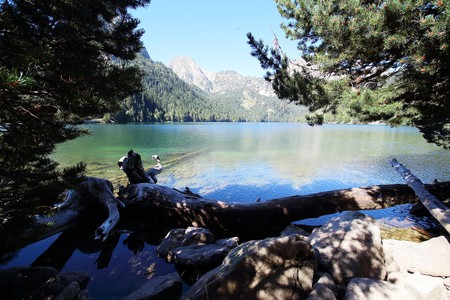