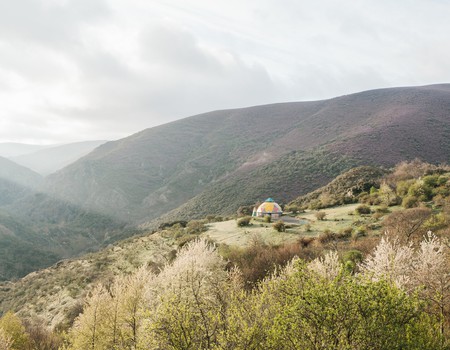 “The world has gone insane” is a phrase that has been heard often since Brexit and Donald Trump‘s election as U.S. president last year. It might be, then, that in 2017 the eco-village of Matavenero in northwest Spain will receive numerous requests from aspiring inhabitants – the dismayed and disgruntled who want to turn their back on a world that has disappointed them so much.

Located high in the Sierra de Ancares mountain range, a three-hour walk from the nearest dwelling, this former mining village was abandoned by its inhabitants in the late 1960s following a forest fire. After their hasty departure, it stood empty for 20 years, its primitive housing decaying on the desolate mountainside. But in the late 1980s, it was reclaimed by German travellers who set about turning it into a livable eco-village. They cut paths, dug a canal to bring in water to the village and renovated its few houses with the aid of materials provided by the surrounding landscape. Today, Matavenero is home to around 60 individuals – including 12 children – who have been lured away from the modern world by the commune’s commitment to self-sustainability. 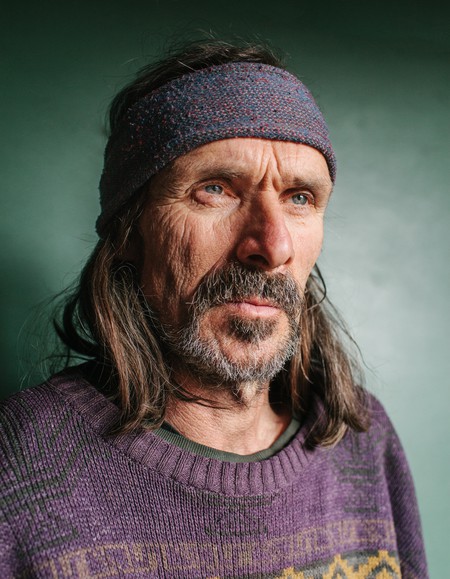 Kevin Faingnaert, a photographer who spent three weeks living in Matavenero (and whose wonderful photographs are reproduced here with his kind permission), was inspired by the integrity of the village´s inhabitants. “They all share a green philosophy”, he explains over email, “[which is] to live as ecological, autonomous and self-sufficiently as possible… These are people who transform their ideals into deeds and hard work”. 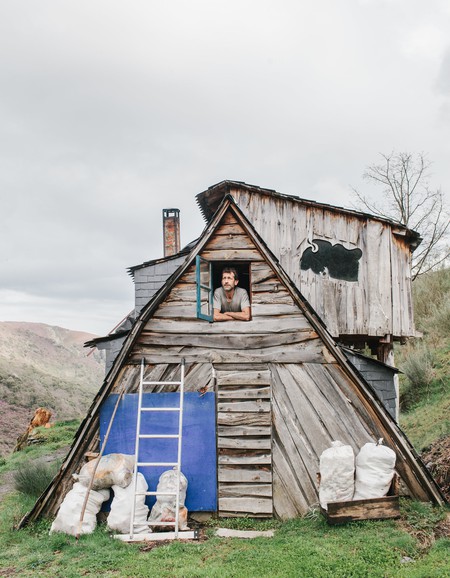 Residents of Matavenero build their own houses | Courtesy of Kevin Faingnaert

The ideals of peace, love and respect are “practised” in so-called “Rainbow” gatherings that take place every week. Matavenero’s tight-knit community, which is made up of German, Spanish, French and Danish inhabitants, also gathers weekly for camp-fire sing-alongs, pizza evenings and a council meeting. There is a shop – which sells rice, tobacco, juice and vegetables grown in the village’s gardens – a communal sauna, a “swimming-hole” and weed-friendly bar (the smoking ban doesn’t apply up here). Owing to the lack of a doctor, anyone who is unwell faces a three-hour trek to the nearest village of Poibueno – unless they can be cured by the resident homeotherapist.

It might sound like a paradise, a mountainous version of the self-sufficient community sought out by Leonardo DiCaprio’s character in The Beach. As Faingnaert explains, though, living in Matavenero is not easy: “You need to be practical and you need to know how to work on the land. Growing and harvesting crops on the available land isn’t easy, as much of it is steep and stony. In winter there is plenty of rain, snow and frost, and the village is sometimes entirely cut off by heavy snows. Summer brings other challenges. The slope above the village is scorched, the evidence of a recent forest fire”. 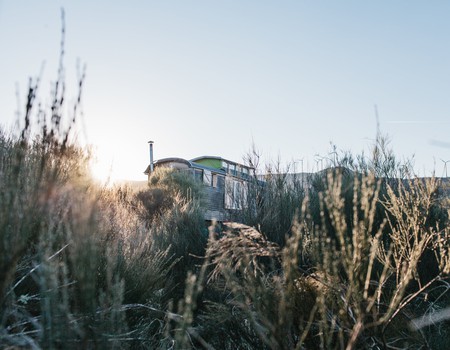 Yet the people of Matavenero have overcome these challenges. Apart from a weekly trek to the nearest market for supplies – which must be carried back by wheelbarrow or one of the resident donkeys (no one, needless to say, has a car) – people grow their own food, build their own houses and either recycle waste or carry it away in plastic bags, which are themselves used over and over again. Some take seasonal work in the surrounding towns and villages, and some are living off money from the sale of homes down in the world below, but there is little need for hard currency in Matavenero.

This way of living is certainly not for everyone – “I was very happy to return home”, says Faingnaert – but its almost negligible impact on the surrounding nature and its close adherence to a few fundamental principles have inspired many visitors. For the same reasons, no doubt, Matavenero will continue to appeal to those for whom the modern world is too noisy, too commercial and too destructive.