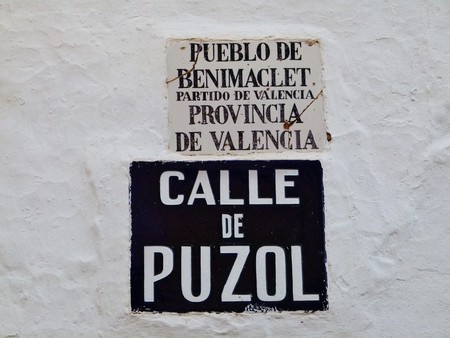 Though Valencia’s well-known neighbourhoods are fantastic places – the hipster barrio of Ruzafa, the historic El Cabanyal, the artsy El Carmen– if you want to explore somewhere off the beaten path, try Benimaclet. Here’s everything you need to know about this laid-back spot with a multicultural vibe and charm all of its own. 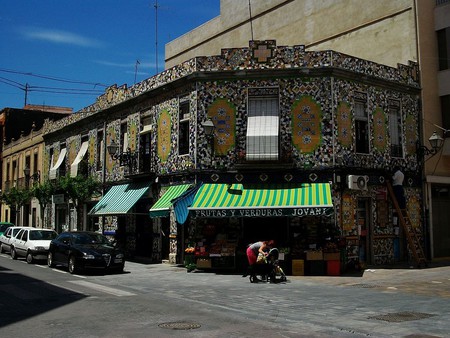 A traditional tiled building in Benimaclet, Valencia I | © Joanbanjo / WikiCommons

You might forget you’re in the middle of Spain’s third-largest city when you arrive in Benimaclet. It used to be a separate town and was only officially absorbed into the city of Valencia in 1972. The narrow streets and low buildings, many of them decorated with colourful Valencian ceramic tiles, aren’t the only thing giving it a village-like feel – it’s the kind of place where the neighbours all know each other. There’s always time to stop and chat, and linger for a while at the area’s many cafes.

Every Friday the colourful market takes over the streets of Benimaclet, with the travelling stalls selling everything from paella pans to underwear.Life revolves around the small main square, lined with shops and free of traffic. It’s a pretty place to sit and admire the church and watch the world go by, and there’s often some kind of event being held here. This is an amazing place to enjoy Las Fallas, the city’s biggest festival, as this barrio really goes all out.

It might keep its own traditions, but Benimaclet is far from stuck in a timewarp. In fact, at the same time as being quaint and village-like, it manages to be one of Valencia’s most vibrant neighbourhoods thanks to its young population of students, expats and others who have recently arrived in the city. Don’t be surprised if you stumble across hidden street art murals in unexpected corners, and alternative music bars open until the early hours.

You’ll find no shortage of quirky cafes like El Chico Ostra which as well as delicious food sells some second-hand books and clothes, and the popular Kaf Café, which is also used as an exhibition space and community library by day and transforms into a lively place for drinks and dancing at night.

Why you need to visit

It’s the perfect place to stay if you want to avoid the tourist crowds, though it is really easy to get to all the main sights from here. Benimaclet has plenty of tram, bus and metro connections, and it sits right in between the Old Town and the beach. Plus, accommodation here is cheaper than in those very popular areas, and it’s in easy walking distance of the stunning Viveros park and the Turia Gardens, too. There are plenty of reasons to make this little neighbourhood your base on your next trip to Valencia.