Unmissable Highlights for the Perfect Weekend in Madrid 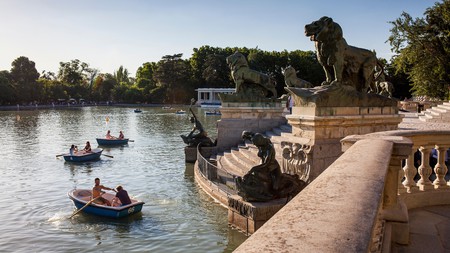 Football, food and late-night culture are all synonymous with Spain’s capital, Madrid. This itinerary shows you how to make the most of 48 hours in the beautiful city.

Madrid is the third-most populous city in the EU, behind only London and Berlin. It also ranks third in terms of physical size, once again behind London as well as Paris, so a brief weekend stint in the city can initially be a daunting prospect. One thing that aids anyone planning a short trip to the Spanish capital is the proximity of the international airport to the historical city centre. Within half an hour, you can be right in the heart of Madrid by taxi, train, metro or bus.

Morning – Football fever
For sports fans, a trip to Madrid means a chance to see some of the biggest football clubs in the world. Real Madrid and Atlético Madrid are giants within the game, dominating domestic and European tournaments in recent years. The rivalry between the two teams is legendary, with Catalan heavyweights Barcelona also in the mix at the top of the league.

A visit to the Santiago Bernabéu Stadium will allow you to immerse yourself in the city’s footballing heritage: it’s home to the third-most visited museum in Madrid, which takes you through the history of Real Madrid and includes a tour of the world-famous stadium. Rival club Atlético Madrid recently inaugurated the Wanda Metropolitano Stadium in the outskirts of the city, which also hosts tours, but its location 45 minutes from the city centre makes it tricky to visit during a weekend trip. 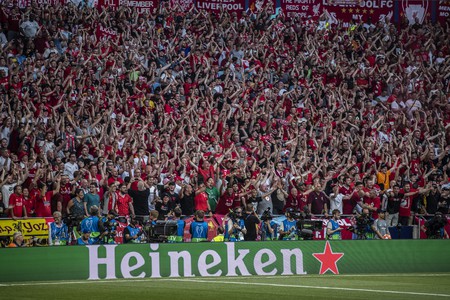 Try to catch a football match in Madrid | © Heineken

Pro tip: Have an early breakfast in the El Viso area and head straight to the nearby stadium, which tours from 10am.

From the football stadium, head to the old town via metro, bus or bike to sample some of the city’s world-famous cuisine. Madrid centre is know for its high-end food destinations, including the oldest restaurant in the world, so you will have plenty of options.

A great choice is Mercado de San Miguel, a century-old market near all the main tourist attractions –head here for tapas, from paella to pescado frito (fried fish), as well as local wine and beer. The dozens of stalls here are a great place to get souvenirs, as they sell fresh local produce including cheeses, wine and jamón serrano (serrano ham). 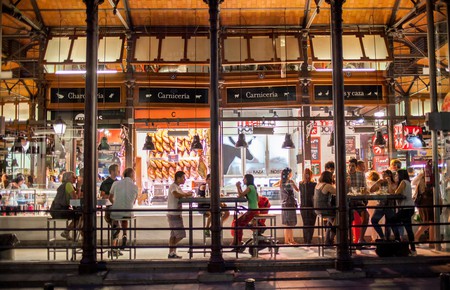 The market is a stone’s throw from the Plaza Mayor, Madrid’s main square, which was built in the 16th century and remains the city’s historical heart. Spend the afternoon exploring the square, the nearby Puerta del Sol – a bustling area full of shops and cafés – and the Royal Palace, a picturesque 18th-century building that is the largest functioning royal palace in Europe, all just a short walk from one other.

Pro tip: Madrileños tend to eat lunch in the late afternoon, around 3pm in most cases.

Speaking at the Heineken Unmissable Moments tour, prior to the 2019 Champions League final that was held in Madrid, internationally renowned Spanish sports journalist Guillem Balagué spoke to Culture Trip about the city’s unique ambience. “The games are a big deal, but I wouldn’t say Madrid is obsessed with football in the way some other places are. People like to go out and enjoy the matches, you’ll see the bars and pubs full of people, but when it’s over people move on and go out.” 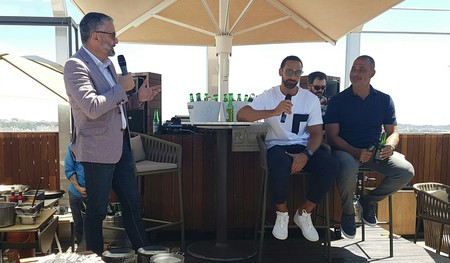 From a rooftop vantage point overlooking one of the many historical plazas that cover the city, the outdoor lifestyle Balagué mentions becomes apparent. From the city centre, head to the Radio Rooftop at ME Madrid, a hotel bar overlooking the Plaza de Santa Ana, or the Círculo de Bellas Artes, one of Madrid’s most emblematic buildings. Both offer affordable drinks and views of the old city centre. 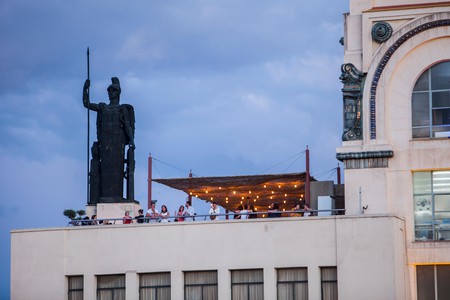 Pro tip: Head to the rooftop bars in the early evening to enjoy the sunset over Madrid.

Morning – Explore the city by bike

The streets can be quiet on a typical morning in Madrid, so get your exploring in early to avoid crowds. Guided bike tours are a great way to see the city; these can be done in large groups, although to make the most of limited time it’s best to organise a custom-made itinerary that allows you the chance to visit the landmarks that most interest you.

Pick up a BiciMAD, a pay-as-you go bicycle, or download the Mobike app to find the nearest bike to rent in the city, and head to the Retiro area, where you can ride around Madrid’s picturesque Central park and the Paseo del Prado, the city’s oldest street, which is home to architectural treasures such as Neoclassical fountains.

Take a break in Retiro Park, a 1.4-square-kilometre picturesque park filled with Andalusian-inspired gardens, an 1887 glass pavilion, an artificial lake and plenty of monuments and statues. The park also offers visitors the chance to cool down in the summer, with rowing boats available for hire at a reasonable price. 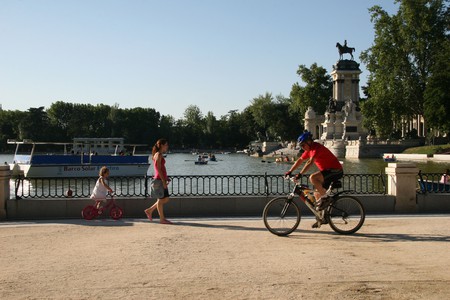 Pro tip: Madrid gets hot in the summer, so make sure you head out before 10am to avoid the midday heat.

With all that excitement, a laid-back afternoon is recommended. Museums and art galleries are a good way of hiding from the intense summer sun.

Madrid’s Golden Triangle, the world-class Prado, Thyssen-Bornemisza and Reina Sofia museums, are located within the Retiro region and house over 500 years of European art between them. Head to the Prado for a taste of history; the 19th-century museum houses a collection of around 27,000 paintings that once belonged to Spanish royalty, including the works of Titian and Rubens, and Spanish giants Picasso, Goya and Velázquez, among many others. For something more modern, the Reina Sofia houses 20th-century and contemporary art, including Picasso’s Guernica (1937) and the works of Dalí and Miró. The Thyssen, meanwhile, showcases the private collection of Spanish socialite and art dealer Carmen Cervera, and spans everything from Caravaggio and Rubens to smaller contemporary artists from Germany and Italy. 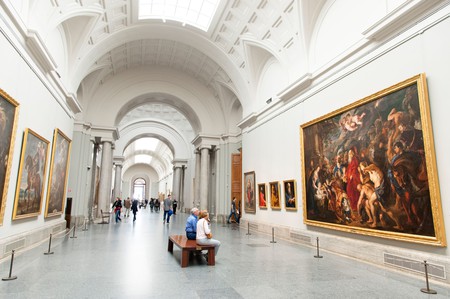 Evening – Hitting the town at night

You’re now set up for a night out in the city, which will start late and go on well into the following morning. For dinner, don’t be surprised if you start your evening meal at 10pm, something that can come as a shock to the system if unprepared. From this point on, all the bars and clubs will be open and full of a healthy mix of Madrileños and tourists.

Head to the Mercado de San Ildefonso in the old town for dinner and drinks; it’s full of bars and tapas-style eateries. Keep the night going by heading towards Malasaña, a vibrant neighbourhood that is just a short walk away, or Chueca, a popular district that is frequented by many in the evening and well known for being LGBTQ friendly. 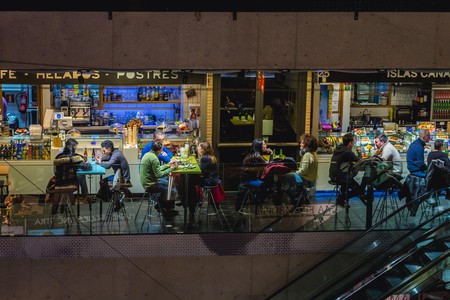 Pro tip: Outdoor bars and cafés are a big part of a night out in Madrid, just make sure you’re prepared for a late night!