The Ultimate Literary Guide to Madrid 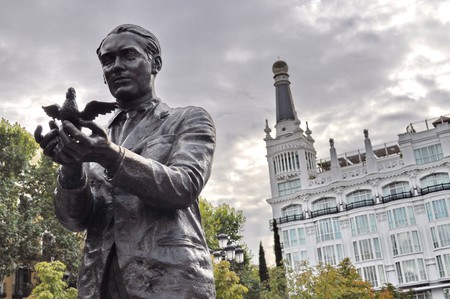 Madrid is a great city to explore if you’re interested in literary history. It was the home of Spain’s greatest novelist, has a thriving literary quarter and was one of Ernest Hemingway’s favourite cities. Read on to discover where to find some of the best literary sights in Madrid.

A must-visit to immerse yourself in Spanish literary history is Madrid’s literary quarter, a hub of talent during Spain’s Golden Age attracting big names such as Miguel de Cervantes (the author of Don Quixote) and poet Francisco de Quevedo. Today, you can see where Cervantes lived (you can’t enter the building, but look out for the plaque outside – Calle de Cervantes, 2). In 2015, archaeologists discovered the tomb of Cervantes, who was buried in 1616 but whose remains were later lost, in Madrid’s Convent of the Barefoot Trinitarians (Calle Lope de Vega, 18).

Look out for the quotes written onto the streets in gold lettering, from some of Spain’s most eminent writers. 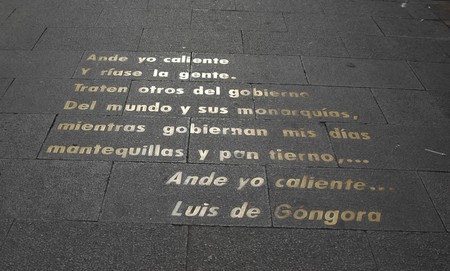 One of the main squares in the Barrio de Las Letras, Plaza Santa Ana, is home to a statue of Spanish playwright and poet Fedrico García Lorca, known for his works including Blood Wedding and The House of Bernarda Alba. He was murdered, aged 38, by the Nationalists during the Spanish Civil War and his body has never been found.

Spanish Golden Age playwright Lope de Vega lived in this house, in the literary neighbourhood of Las Letras, from 1610. The house has been preserved as different rooms – bedroom, study, kitchen – and contains paintings and manuscripts from the time. Don’t miss the beautiful patio full of orange trees out the back – the perfect place to sit and scribble in your notebook.

Not only is Sobrino de Botín the oldest restaurant in the world, but it was a favourite hangout of Ernest Hemingway when he visited the city. In fact, he mentioned the restaurant, whose speciality is roast suckling pig in two of his books. In Death in the Afternoon (1932), a non-fiction account of bullfighting traditions, Hemingway writes, ‘…but, in the meantime, I would prefer to dine on suckling pig at Botín than sit and think about the accidents which my friends could suffer.’

Botín also appears in the final scene of Hemingway’s The Sun Also Rises (1926):

‘We lunged upstairs at Botin’s. It is one of the best restaurants in the world. We had roast young suckling pig and drank rioja alta. Brett did to eat much. She never ate much. I ate a very big meal and drank three bottles of rioja alta.’ 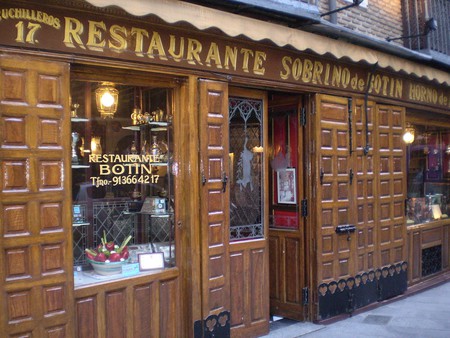 The largest public library in Spain was built in 1712 and today has over 26 million items, including 15 million books, 600,000 sound recordings and over half a million maps. The library is open to the public and holds regular exhibitions, as well as having free Wi-Fi if you need to research some other literary-inspired sights. 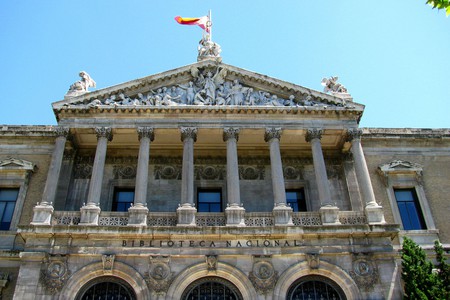 This large, modern library, in the heart of Madrid, is a great place to browse the shelves or work in peace in one of its study rooms. It is easy – and free – to sign up for a library card and then you can use its resources, including free Wi-Fi, to your heart’s content.

Throughout the 19th and early 20th centuries, tertulerías (literary gatherings) were very popular in Madrid, and attended by some of the most famous writers, politicians and thinkers of the day. The groups met in certain cafés, which are still going strong today, including Café Gijón (founded in 1888) and Café Comercial (which was recently renovated but retains its original features).

Hemingway is associated with certain places; Paris, Key West, certainly, but Madrid stole the American writer’s heart and he would return numerous times over the years, including to report on the Spanish Civil War. Hemingway had several favourite haunts, from the old sherry bar La Venencia, to the bar of the Palace Hotel, one of his favourite places to stay.

Check out some of Hemingway’s favourite Madrid haunts. 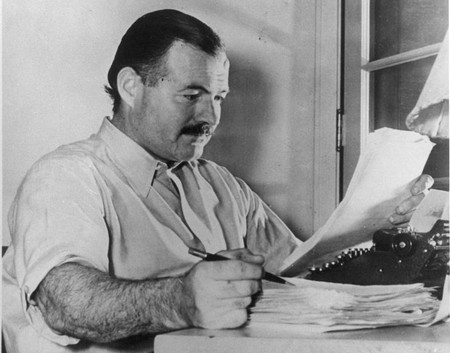 Ernest Hemingway in 1930 | © Toronto History / Flickr
Give us feedback