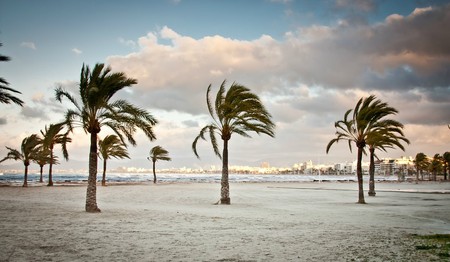 Tourists are being warned to keep away from affected beaches as poisonous jellyfish have been washing up along the Spanish coast.

Beaches across Spain’s Costa Brava and Mallorca have been closed for swimming this week after the appearance of some very unwelcome visitors.

The highly poisonous Portuguese man o’ war, a jellyfish-type creature, has been washing up on beaches along Spain’s eastern coast, as well as beaches close to the Mallorcan capital of Palma. 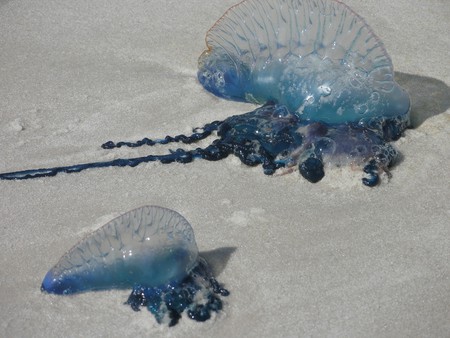 Earlier this week, the animals, which are an other-worldly blue colour, washed up on beaches in the Costa Blanca, forcing lifeguards to raise red flags and ban bathing.

The creatures – which have venomous tentacles that can reach up to 30 metres in length – can sting while beached, so pose a significant risk to people, even if they are not swimming.

The lengthy tentacles can deliver a painful sting that, in rare occurrences can be sufficiently poisonous to kill.

On Tuesday, Mallorca authorities confirmed several jellyfish had also washed up on Molinar beach, close to the capital of Palma. 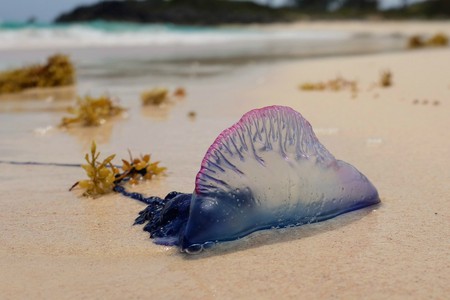 The jellyfish-like creatures have a poisonous sting | @Peter Burka/Flickr

An 11-year-old boy was taken to hospital after being stung on Sunday, May 20 in La Marina, a beach near Elche on the Costa Brava.

There are warnings for beaches along the coast of Valencia this weekend, as strong westerly winds – which experts say could be behind the arrival of the jellyfish – persist.

Beaches along the coast around Alicante will remain closed over the weekend of May 25-27, with the exception of the city beach El Postiguet.