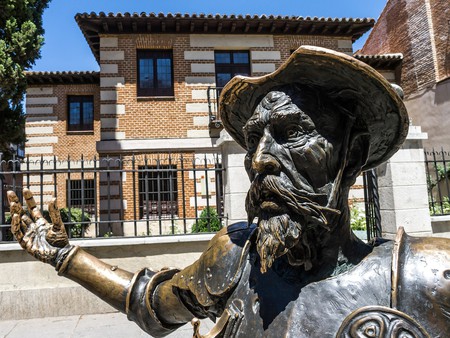 The region of Castilla-La Mancha lies in central Spain, to the south east of Madrid, and includes the provinces of Albacete, Ciudad Real, Cuenca, Guadalajara and Toledo. It is best known for being the setting of Miguel de Cervantes’ 17th century novel Don Quixote de la Mancha – one of the most famous books ever to have come out of Spain. Here, we take you on a tour of Castilla-La Mancha to visit some of its best sights.

One of the most iconic sights in Castilla-La Mancha is the landscape of white windmills, which can be seen in Campo de Criptana, a municipality in the province of Ciudad Real. Known as ‘The Land of the Giants’, this is the place where self-proclaimed knight Don Quixote met with the giants (actually the windmills themselves). There are guided tours of the Sierra de los Molinos, as well as the chance to visit some that have been turned into museums. There are only three windmills that have retained their original structure and machinery from the 16th century – Infanto, Burleta and Sardinero. 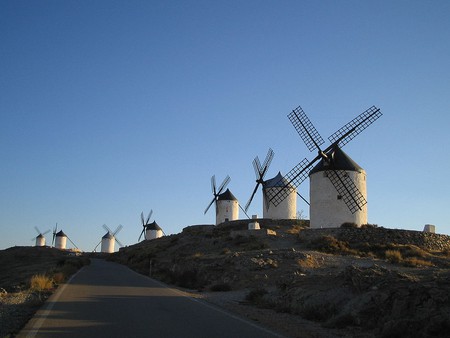 The whole historic walled city of Cuenca has been declared a UNESCO World Heritage Site because it is an exceptional example of a medieval fortress town, and has been remarkably well preserved. Built by the Moors in a defensive position on the hilltops, it was conquered by the Castilians in the 12th century. The town is best known for its extraordinary Hanging Houses, or Casas Colgadas. At one time the whole face of the Huécar Gorge was covered in hanging houses, but today only three remain, which were fully restored at the beginning of the 20th century. They are built in traditional Gothic styles with intricate wooden detailing and Renaissance-style entranceways. 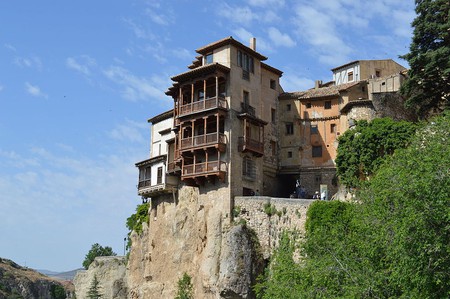 Set on Toledo’s highest hilltop, the Alcázar fortress is one of the UNESCO World Heritage city’s best sights. The current structure was ordered to be built by Roman emperor Carlos V (also known as Charles I King of Spain) as a royal residence, from the remains of an old medieval castle on the same spot. It took many years to complete and features many architectural styles. However before it was finished, the capital of Spain moved to Madrid, so it was never actually lived in by kings – only widowed queens. It also served the purpose of being the Crown Prison, military barracks and silk workshops, as well as defence during the Spanish Civil War. For years it was also home to the National Army Museum. Today, the renovated top floor contains the Castilla-La Mancha Library. 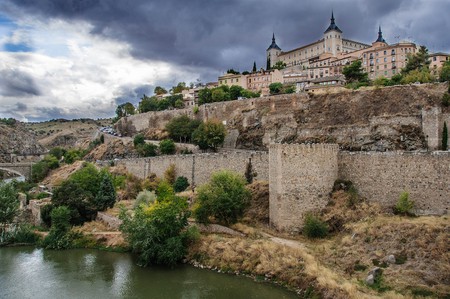 Amongst Northern Spain’s true treasures are the ancient rock art paintings found in caves across the region, known as the Rock Art of the Iberian Mediterranean Basin, or Levantine Art. Castilla-La Mancha is home to 93 such rock art sites, dating back to the Palaeolithic and even Mesolithic periods of the Stone Age. They include simple figures of humans, as well as many animals such as deer, goats, wild boar and cattle, and were painted using red minerals or charcoal. 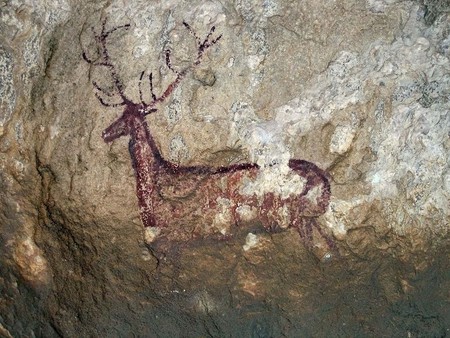 Cervantes set his novel in the small town of El Toboso, in the province of Toledo. Here you can visit the Museo-Casa de Dulcinea, the house of Doña Ana Martínez Zarco de Morales, who has been identified as the character of Dulcinea, Don Quixote’s damsel and love interest in the book. A typical Manchega farmhouse dating back to the 16th century, it’s laid out how it would have been in Quixote’s time with old farm equipment and kitchen utensils, as well as furniture. In the courtyard stands one of the largest oil presses in La Mancha. Another interesting stop is the Museo Cervantino, a collection of 198 copies of Don Quixote de la Mancha translated into many different languages and gifted to the village by many famous and political figures. Don’t forget to visit the town’s monument dedicated to Don Quixote and Dulcinea. 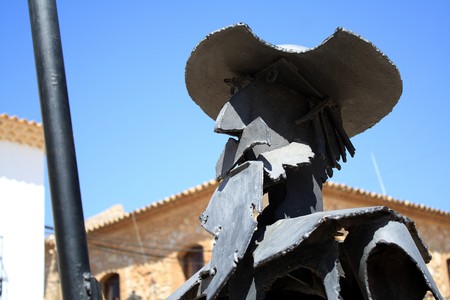 No tour of Don Quixote’s land would be complete without making a visit to his museum, located in Ciudad Real. The displays contain both art and multimedia and seem to bring Cervantes’ fictional character to life. Highlights include 19th century illustrations from the book, a montage of characters from the book in conversation and a replica of a 17th century printing press, to see how the novel would have been published at the time. 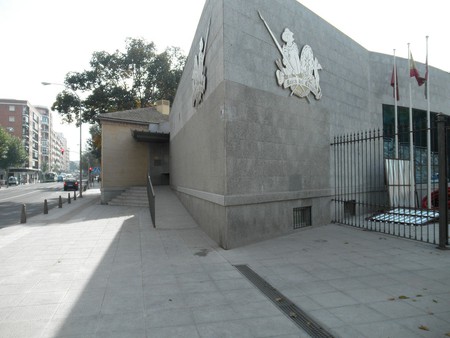