Top Things To Do And See In Zaragoza

View of the Basílica de Nuestra Señora del Pilar, Zaragoza, Spain | © Willtron/WikiCommons
Spain’s fifth largest city, Zaragoza is the capital of the Aragón region. Located south of the Pyrenees, it sits next to Catalunya in the northeast of the country, and is home to a range of fascinating sights, from Roman ruins to magnificent Islamic architecture and a striking Baroque cathedral. Here are our top things to do and see in this colorful city.

Housed in a 16th-century Renaissance building, the Museo Goya Ibercaja Collection displays over 250 works by romantic painter and printmaker Francisco de Goya. The collection includes 15 of his essential works and 48 of his most prominent pieces, while you can also learn more about the artist’s life and artistic influences. 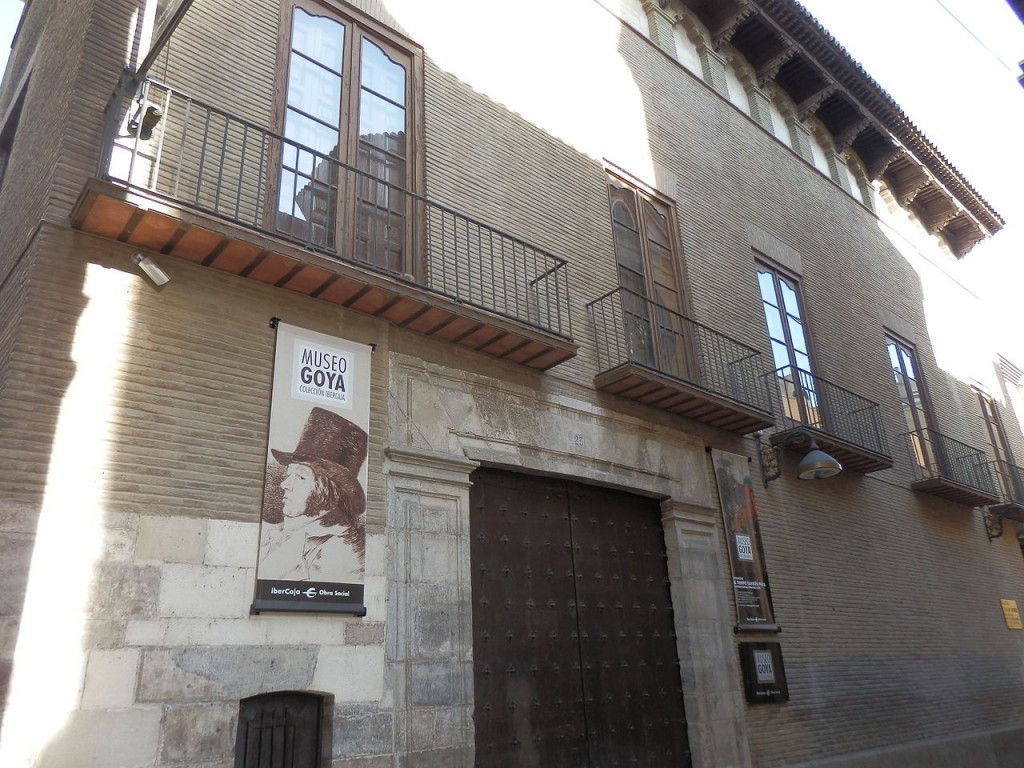 Marvel at the Aljafería Palace

Zaragoza’s Aljafería Palace is one of the most important pieces of Moorish architecture in Spain and one of the best outside Andalusia. Built by Islamic rulers in the 11th century, over the years it has undergone many changes and renovations, while the Catholic monarchs Fernando and Isabel also left their mark when they came into power. An imposing castle-like structure from the outside, on the inside it is a graceful Moorish palace with an interior courtyard and intricately carved archways. Today it is home to Aragón’s regional parliament, and tours take place throughout the day. 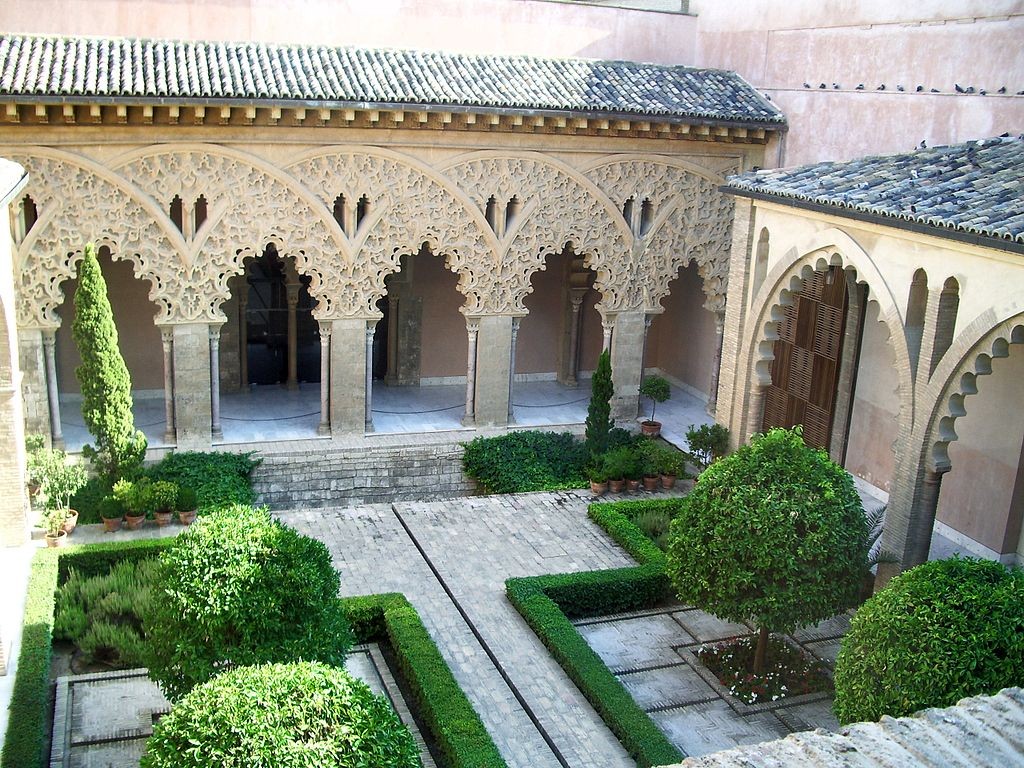 A striking Baroque Basilica, it is here that many believe that Santiago – one of Jesus’ disciples and referred to as James in the Bible – saw the Virgin Mary ascend a marble pillar. A chapel was built around that pillar and later added to and renovated, until it became the stunning cathedral it is today. Head inside to look around at its magnificent interior, then take the elevator to the top to enjoy some of the most spectacular views of the city. 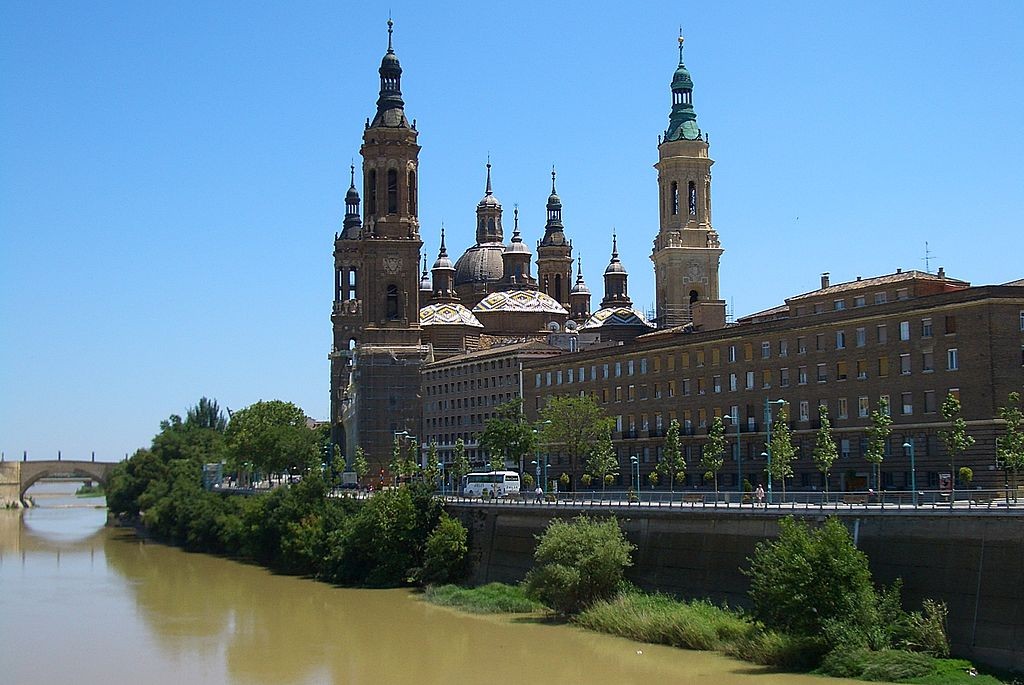 One of the oldest restaurants in Spain, dating back to 1825, Casa Lac was named after a French family that came to settle in the city after the French Revolution. Creating a bakery on the first floor, they turned the second floor into a dining room. Housed in a stunning building, renovated a century later in 1925, Casa Lac has Modernista influences, such as wrought iron staircases and colorful tiles. The top floor, where the restaurant is located, is Elizabethan in style, with patterned wooden floors and beautiful vintage lamps. Today the restaurant is led by chef Ricardo Gil, who creates delicious and delicate plates with an emphasis on fresh vegetables.

Archaeological site
Caesaraugusta Theater Museum in the Spanish city of Zaragoza | © Agustin Martínez / Courtesy of Zaragoza Turismo
The remains of an ancient Roman theater that once used to seat 6,000 people, this impressive monument was excavated in 1972. From the ground floor one can enjoy panoramic views of the excavation process, while in the basement audiovisual presentations and 3D models illustrate what the theater would have been like in its heyday. On the top floor, another audiovisual presentation offers visitors information about the various cultures that have live around the theater throughout its lifetime, including Muslim, Jewish and Christian.
More Info
Open In Google Maps
12 Calle San Jorge, Zaragoza, Spain
+34976726075
View menu
Visit website
Visit Facebook page
Send an Email
Give us feedback

Shop at the Mercado Central

Zaragoza’s Central Market is well worth a visit, filled with colorful fruit stalls, pungent mountains of icy seafood and delicious cheeses. There has been a market at this same spot since the 13th century. The current one opened in 1903 and is made from reinforced metal, the same kind that was used in the construction of the Eiffel Tower. It is one of the most stunning examples of Modernista architecture in Aragón. 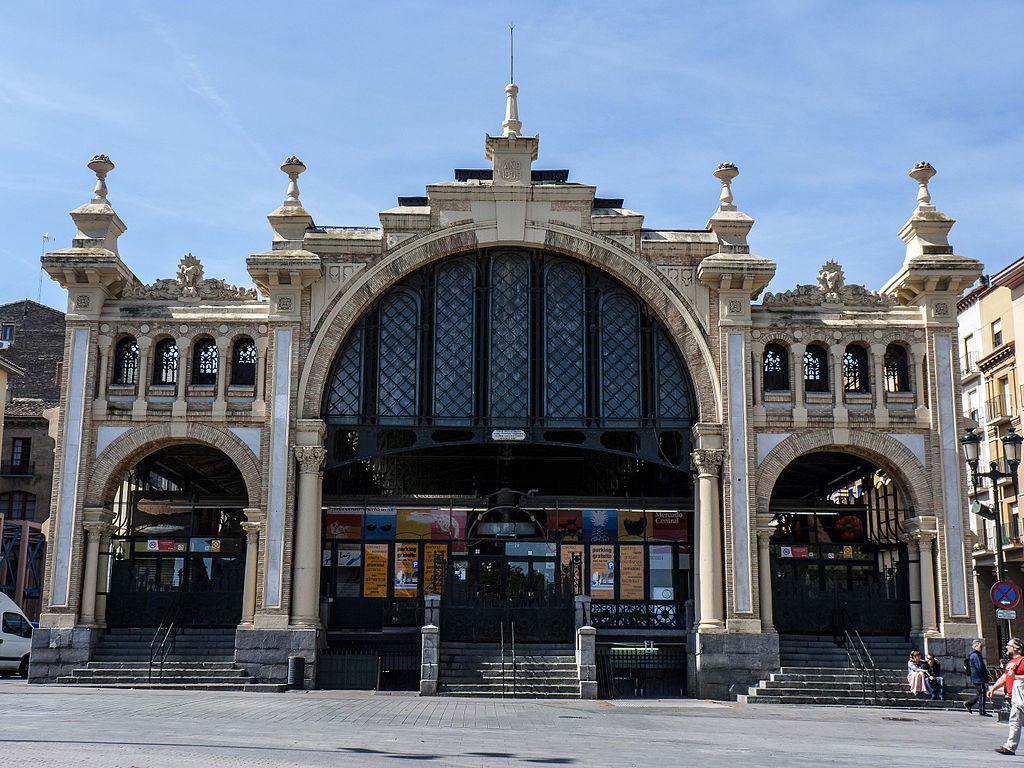 A true Zaragoza institution, this grand café oozes Old World charm, from its glimmering gold exterior to its exquisite, carved wooden ceiling and elegant pillars. It’s the perfect place to grab a quick coffee at the bar, or linger for a while longer over thick hot chocolate and classic crunchy churros.