Top Places To Stop On The Camino de Santiago 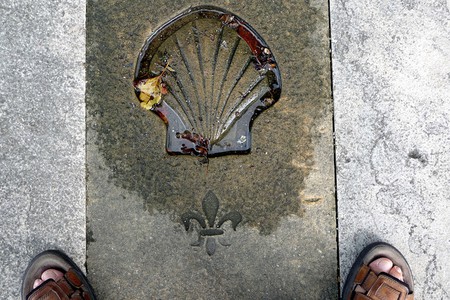 The Camino de Santiago is a wonderful, life-changing experience. There are so many highlights along the way that it’s impossible to choose a few. From Asturias to La Rioja to Castilla y León, the spiderweb of Ways encompasses the whole of Spain and much of Europe, so whichever path you take there’s sure to be innumerable treasures waiting to be discovered. 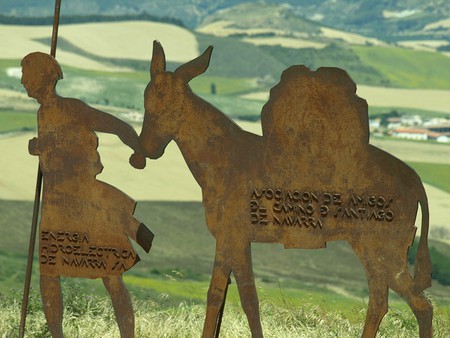 O Cebreiro is a gem of a village hidden up in the Galician mountains. In winter the snow can reach incredible heights, while in summer the panoramic views of the mountains will make the uphill trek worthwhile. The pallozas (round stone houses) date back to Celtic times, and it’s like you’re travelling back in time.

Where to eat: The Hotel O Cebreiro, where the speciality is either Galician cocido (broth with lots of potatoes, meat and vegetables added in) or cheese and honey.

Where to stay: Albergue de O Cebreiro: if you just can’t resist leaving this little gem, or you want to stay for an evening meal and some orujo liquor, try this hostel run by the local council (the xunta).

Roncesvalles is the first resting stop after crossing the French Pyrenees. It’s particularly famous for being the site of a crushing defeat of the Frankish emperor Charlemagne, where he was beaten by Basque forces. The 13th-century church is well worth a visit, as is the beautiful monastery, where monks welcomed pilgrims with legendary hospitality. Stories say that this monastery was almost as important a resting place for pilgrims of old as Santiago itself.

Where to eat: La Posada. Their chorizo sandwiches are a highlight, as is the lamb.

Where to stay: La Posada is also a great place to stop if you’re tired after a long day of walking.

As with so many stops on this list, the cathedral at Burgos is one of the finest in Spain. A Gothic masterpiece, it looms over this medieval city. You can also find the legendary El Cid buried under the cathedral if you’re interested in Spanish history, while the city itself is a labyrinth of winding streets and imposing medieval architecture.

Where to eat: Casa Ojeda – the speciality is their leg of lamb, which melts in the mouth.

Where to stay: Santa Fe Albergue, near the center of the city. 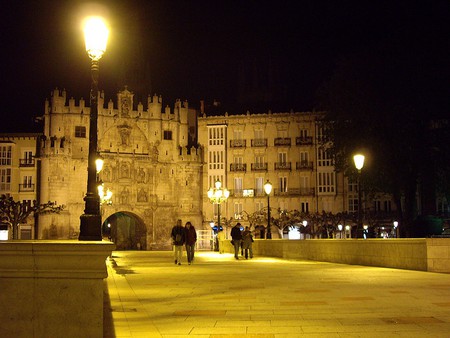 Oviedo is the capital of the province of Asturias, and medieval architecture dominates its skyline. It’s the starting point of El Camino Primitivo, as travelling pilgrims are reminded that they’re are taking the same route as King Alfonso II in the 9th century. Wander along the brightly coloured streets or visit Oviedo Cathedral if you need a bit of breathing space before embarking on the first leg of your journey. You probably won’t be looking for somewhere to stay as you’ll start your journey from here.

Where to eat: Ca Suso. Value for money is excellent and the restaurant offers twists on traditional Asturian classics.

Sarria is a popular starting point for pilgrims who don’t want to trek all the way across the Pyrenees; being a decently sized town there’s the opportunity for social contact before diving into the self-discovery that the Camino demands. The town is well-known for its beautiful array of ancient churches, so if starting from here, it’s a good indicator of what you’ll be treated to along the way.

Where to eat: Restaurant Mar de Plata. With large servings of simple but filling meals, this restaurant will give you the fuel you need to complete the gruelling walk to come.

Where to stay: Casa Baran. A fantastic hotel from which to begin the last leg of the Camino Francés, it’ll get you into the community spirit of the walk.

This village is a stop on the Silver Way, which winds through North Africa and Andalusia before stopping in Santiago de Compostela. Preserving most of its historic walls, the town provides fantastic views over the surrounding countryside. An ancient church and castle complete the peaceful, medieval feel of the town.

Where to eat: Mesón Abelardo – their octopus has a fantastic reputation, and it’s a great way to get warmed up to this Galician speciality.

Where to stay: Hostal Carlos V, right in the centre. A great place to spend a night before starting the next leg of your trip. 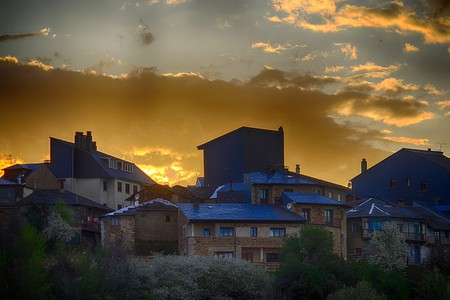 Packed full of history, this town is famous for its Roman Wall. One of the final major stopping points on the oldest camino, the Camino Primitivo, the city has managed to preserve much of its ancient history, including the remains of a Roman town underneath Lugo itself. It’s also one of the biggest cities in Galicia with a beautiful cathedral.

What to eat: In Lugo, all tapas is free with a drink. However, if you’d like to try the Galician speciality of octopus, then the Pulpería a Lareira supposedly serves some of the best octopus in the region – served in a wooden bowl with just a dash of chili.

Where to stay: Albergue de Lugo, in the centre of town.

Located in the La Rioja region of Spain on the third leg of the Camino Francés, this picturesque village is the home of the more bizarre myths on the Iberian Peninsula. Supposedly, a man due to be hanged that day was reprieved when the two (roast) chickens on the mayor’s plate started cawing – and to this day, the symbol of the town is a chicken. The town is also named after Santo Domingo, who dedicated himself to improving conditions for pilgrims along the Way – stop here as you’re soaking up the beautiful, fertile countryside of La Rioja.

Where to eat: Restaurante Los Caballeros, a family-friendly restaurant where you can try traditional regional food including anchovies, jamón ibérico and roast vegetables, among other things. 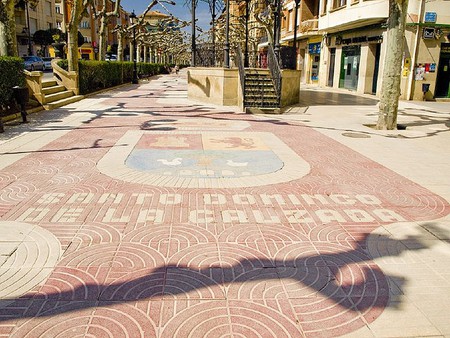 Through all the blisters, friends, and shared experiences, seeing the Cathedral in all its glory will make all the physical pain worth it. There’s so much history and culture to explore, with quaint cobbled side streets, endless museums and lots of nightclubs too, as it’s home to one of the most prestigious universities in Spain. Santiago is one of the most historic and peaceful cities in Spain, so you can enjoy it on the completion of your journey.

Where to eat: Casa Marcelo, where you can find an incredible mix of Galician food fused with more international cuisine. There are lots and lots of restaurants in Santiago so you’re sure to find something you fancy.

Where to stay: Since it’s the last leg of your trip, you might want to treat yourself with a posh hotel, and the Parador Hostal Dos Reis Católicos right on the Cathedral Square could be for you. However if you find yourself a bit strapped then Meiga Backpackers is a fantastically cheap, clean hostel just outside the center. 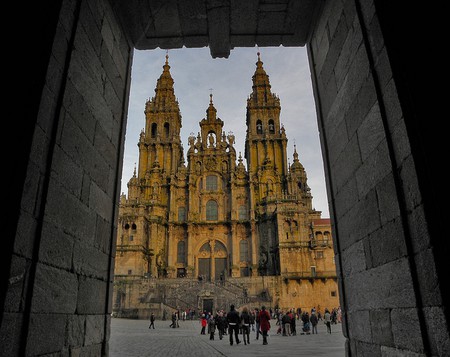