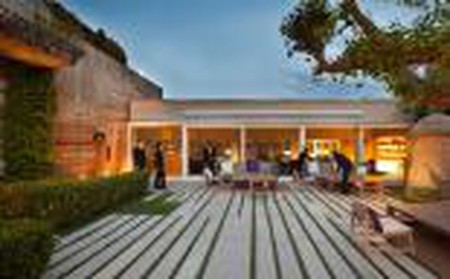 The Roca brothers’ renowned restaurant El Celler De Can Roca has been a regular on The World’s 50 Best Restaurants list for years. This family run restaurant has been described as the most exciting place to eat, combining traditional and contemporary elements in incredible culinary creations. 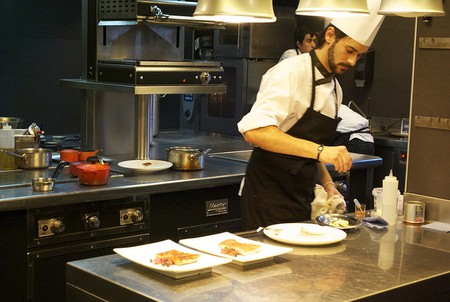 El Celler de Can Roca was founded by the bothers Joan and Josep Roca in 1986 in the city of Girona, in northeastern Catalonia. In 1987, Encarna Tirado, now married to Josep Roca, joined the project in the dining room and the youngest brother, Jordi, started in the kitchen of El Celler in 1998. The restaurant first opened in a colonial-style country house built in 1911 by the architect Isidre Bosch i Bataller, right next to the family home in Sant Martí de Llémena. Calling this first dining space Torre de Can Roca, the restaurant relocated in 2007 and its premises quadrupled in size: 200 square meters of kitchen, 200 of winery, 200 of dining room and 60 for the hall, plus a welcoming garden. After the relocation, the restaurant finally became known as El Celler de Can Roca.

The three brothers grew up with parents in the dining trade, and their family home was actually a restaurant: Can Reixach (still in operation) was ran by their parents Josep Roca i Pont and Montserrat Fontané i Serra. Their mother was the revered driving force and cook, the person who has had the greatest influence on cooking at El Celler. Montserrat Fontané’s family is thought to have been in the restaurant business since the 18th Century in Sant Martí de Llémena. All three brothers studied at the Girona Catering School and believe in pedagogy as the basis for the professionals of the future. They are all winners of the National Gastronomy Award and are all honorary doctors of the University of Girona.

The eldest brother, Joan, is the master chef and main creator for the dishes at El Celler de Can Roca. The youngest, Jordi, is the pastry chef and in charge of the dessert menu. Josep is the communicator, the one who explains the drinks and delicacies to accompany the menu. All are interested in producing new creations and combinations by experimenting with developing technology and working with scientists. They are artisans always looking for new ideas, also collaborating with people from the opera, industrial engineers, agricultural engineers and painters. They believe everything can be understood from a creative standpoint, and cooking is no exception. 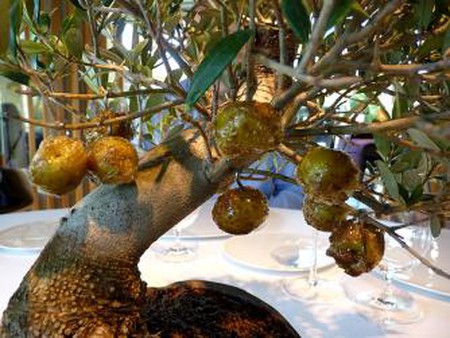 With two different tasting menus to choose from, the dining experience at El Celler de Can Roca lasts for three hours and includes a stunning total of seven main courses. All visually impressive, the classic menu features an array of appetisers, one including a paper globe that opens up to reveal five canapés with flavors from five different countries. These include flavors from Mexico with guacamole, tomato seed and coriander, and Morocco in the form of a crisp pastry filled with goat yogurt, flavoured with ras el hanout and honey. Miniature olive trees are placed on the table bearing olives coated in a thin layer of anchovy flecked crisp caramel, ready to be picked off. One standout dish is the sole fillet with fennel, bergamot, orange, pine nut and green olive spread. The red mullet, stuffed with its liver and served in a potent fish bone broth served with a trio of fragrant gnocchi of orange, chervil and saffron, is also another stunning dining option. 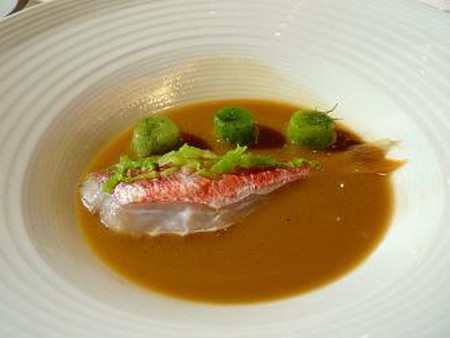 A highly recommended dessert on the menu is the bergamot cream, lemon compote and granite, madeleine ice cream and meringue with citrus fruit. This is infused with a specially-designed fragrance, Núvol de Llimona (or ‘Lemon Cloud’), which was created by Jordi Roca himself. It consists of mainly citrus with hints of bergamot, warm milk and brown butter. Jordi Roca has always been intrigued by perfumes and started to create his own to accompany his desserts. He set about creating a dessert based on Calvin Klein’s ‘Eternity’, combining a mandarin orange granita with orange flower gelée, basil and a vanilla cream to capture the fruit and herbal notes of the fragrance. Since then, he’s gone on to create 24 edible perfumes, including a floral one inspired by Lancôme’s ‘Miracle’ and a (literally) earthy one based on ‘Terre’, by Hermès, that even includes a distillation of dirt. 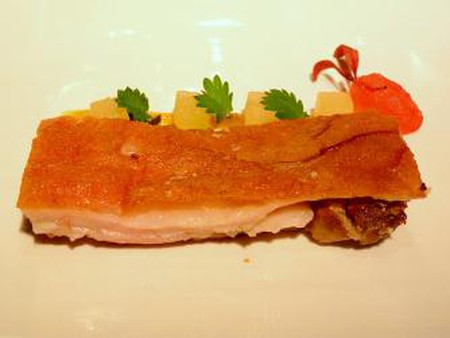 Other unique techniques have evolved with the brothers’ many different creations and experiments. Together with another schoolmate Narcís Caner, they have developed what they call a ‘roner’, which is a device that allows controlling water temperature in order to cook with the utmost precision. They have started using this cooking technique, which also allows for instant vacuum cooking, which had only been used previously for pre‑cooking or for preservation. One fine example of this technique at work can be tasted with their Iberian suckling pig with pepper sauce and garlic and quince terrine dish.

Over the years, the Roca brothers have been involved in the country’s cultural and social life by participating in all kinds of acts and events. Their efforts and obvious passion is what has made El Celler de Can Roca the huge success it is. The first Michelin star was awarded in 1995, the second in 2002 and the third in 2009. It has been given three suns by the Repsol Guide, 9.5 by Gourmetour and 9.75/10 by the Lo Mejor de la Gastronomía and Gourmand guides. In 2009, the English Restaurant Magazine placed El Celler de Can Roca fifth in its World’s 50 Best Restaurants ranking, fourth in 2010, second in 2011 and finally first in 2013.