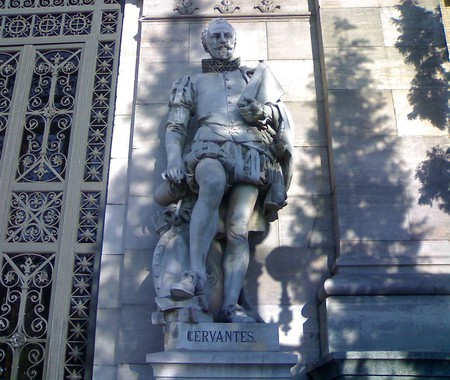 The center of the Spanish Golden Age and the birthplace of writers such as Miguel de Cervantes and Lope de Vega, Madrid has a long history in literature and even has a literary district. From historic artists’ haunts to former houses of famous authors and national libraries, here are Madrid’s top literary landmarks.

The perfect place to start your literary tour of Madrid is of course the Barrio de las Letras or the Literary Quarter. Located in the center of the city, the area attracted many writers during the 16th century, and during the Spanish Golden Age it was inhabited by important Spanish literary figures such as Góngora, Quevedo, Tirso de Molina, Calderón de la Barca, Lope de Vega and Miguel de Cervantes. Today the area has a bohemian atmosphere and is characterized by small winding streets with plenty of places to shop and eat.

The main street through Barrio de las Letras, Calle Huertas gives a nod to its literary past with glittering gold quotes plastered on the pavement from some of the greats. It’s also a great spot to hang out at night, lined with trendy bars, live music clubs and eateries. 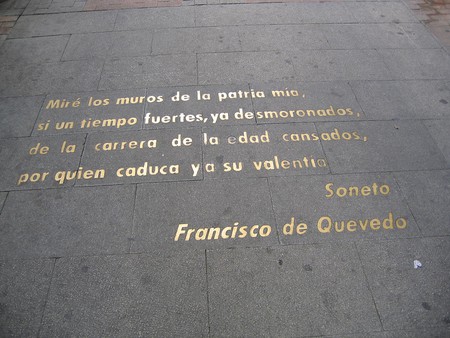 Possibly one of Spain’s most famous writers, Miguel de Cervantes, author of the celebrated work Don Quijote de la Mancha, lived and died in the city, and his house still stands today. Although it’s not open to the public, a plaque on the wall hangs in his memory. To be able to actually visit one of his homes, take the train to the small town of Alcalá de Henares, less than an hour outside of the capital to look around the Cervantes Birthplace Museum.

Of course if you want the true literary center of Spain, it’s housed within the Spanish National Library, an impressive palatial-style building located in the Recoletos area of the city. One of the largest libraries in the world, there’s also a museum inside, housing a variety of audiovisual resources, as well as detailing the history of library itself. 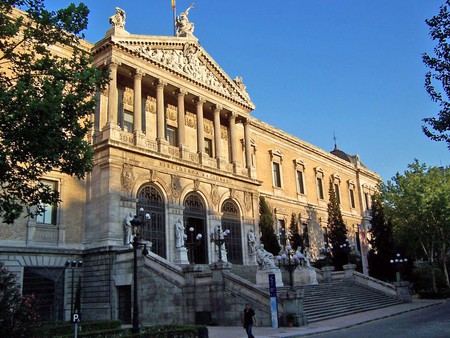 Housed in an underground cavern, Las Cuevas de Sésamo has been a popular hangout for the literary, bohemian and artistic communities in Madrid for many years. It was also one of the many favorites of author Ernest Hemingway, and an autographed plaque hangs there in his honor. The walls also feature painted quotes by other literary figures such as Federico Garcia Lorca and Miguel de Cervantes.

Another of Hemingway’s favorite spots was Restaurante Sobrino de Botín, founded in 1725 and named in the Guinness Book of World Records as ‘the world’s oldest operating restaurant’. Hemingway was a regular here and liked it so much that he even wrote about it at the end of The Sun Also Rises. He wrote: ‘We lunched upstairs at Botín’s. It is one of the best restaurants in the world. We had roast young suckling pig and drank rioja alta.’ Needless to say the roast suckling pig is still one of the restaurant’s most popular dishes. 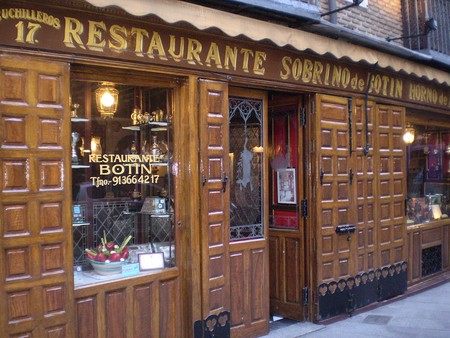 Also housed along Cervantes Street in the Barrio de las Letras, is the Lope de Vega House Museum, where the poet, playwright and novelist lived for the last 25 years of his life. The museum looks at the Spanish Golden Age and features original 16th- or 17th-century furniture, works of art and historic objects.