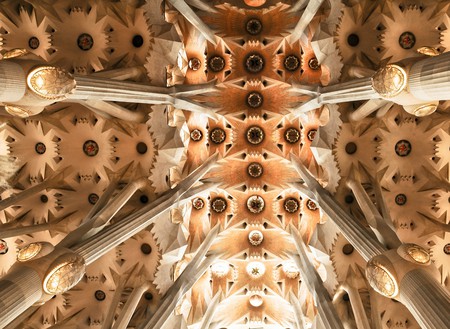 Inside the Sagrada Família| © stokpic/Picabay

One of Spain’s greatest architects of all time, Antoni Gaudí is famous for his outstanding masterpieces of Catalan Modernism, from the Sagrada Família to the Park Güell. A devout Catholic who lived a modest life and was tragically left to die after a tram accident, in which he was mistaken for a beggar, Gaudí’s life has been honoured by directors from across the world in these six documentaries.

Perhaps the most famous of all documentaries on the life of this curious Catalan architect, Antonio Gaudí is the 1984 masterpiece of Japanese director Hiroshi Teshigahara. The documentary explores the inspiration for Gaudí’s singular designs: from the rounded curves of Montserrat to the beaches of the Costa Brava or the Romanesque art of rural Catalonia. The documentary offers original insight into the creative mind of one of architecture’s most celebrated geniuses and provides a thorough visual guide to his most famous designs.

This self-described ‘biography of a building’ retraces the history of Antoni Gaudí’s most famous design of all time, the Sagrada Família basilica. Work began on the building in 1882 and today it is still yet to be completed – with architects hopeful that it will be finished in 2026, some 100 years after Gaudí’s death. Stephen Haupt’s Sagrada: The Mystery of Creation includes many interviews with architects, masons and other artisans working on the edifice, including Japanese sculptor Etsuro Sotoo who converted to Catholicism as a result of his admiration for the Sagrada Família.

The BBC series Visions of Space was a three part documentary narrated by the celebrated art critic Robert Hughes, it focused on the work of three of the most defining European architects of the modern era: Antoni Gaudí, Albert Speer and Mies van der Rohe. In the first episode dedicated to Gaudí, Hughes asks how a devout Catholic who led a modest and austere private life could be behind such fanciful and innovative designs. The documentary is an homage to Gaudí’s legacy as a pioneering architect whose designs are still today some of the most controversial in Europe.

Simply named Gaudí, this Spanish docu-fiction by Catalan director Miguel Huerga offers a fresh perspective on the life of the architect by attempting a recreation of Gaudí’s own thoughts. With very little photographic evidence of Gaudí’s life remaining, the director was faced with the challenge of how to tell the story visually. Using a technique made famous by Woody Allen in Zelig, Huerga and his team shot all their own images and manipulated them to give an impression of historic authenticity. The result is a striking black and white fantasy which is as entertaining as it is informative.

The Spanish series La Mitad Invisble – ‘the invisible half’ – is presented by Joan Ortega and focuses on a different artistic masterpiece in each episode. Unsurprisingly one such episode was dedicated to one of Spain’s most talked-about masterpieces, Gaudí’s Sagrada Família. The documentary explores the question of the monument’s status in Barcelona today: scared religious site or major tourist attraction?

The Unfinished Vision is a 1970s documentary film which was shot in just two weeks by American filmmaker John Alaimo. Having recently returned from a trip to Barcelona, Alaimo was so inspired by the Sagrada Família that he decided to shoot his own docu-fiction capturing the last 48 hours of Gaudí’s life before his abrupt death following a collision with a tram. The director researched the film by using the notes of former Gaudí pupil Juan Bergos Masso, and while the story-line is fictional, it offers a serious analysis of the architect’s unique style.