© Matt Perreault/Flickr
Although parts of the city are hilly, resiting the temptation to jump on one of Granada’s tourist buses will prove worth it. The best way to acquaint yourself with this mysterious city is by foot, enabling you to explore the tiniest, most charming backstreets that are inaccesible by car or bus. Unsurprisingly, there is no shortage of superb, free walking tours in Granada, run by guides with intimate local knowledge of its history and customs. Below are the best available and, although there is no formal fee for any of them, it’s worth remembering that a lot of the guides are volunteering their time and knowledge. Tips or donations, therefore, are always welcome at the end of the tour.

Offering the most comprehensive coverage of the city for free, Walk in Granada runs three walking tours. The first, called A Historical Tour, takes you around the cathedral and Alcaiceria market then up into the old Arabic quarter of Albaicín. The focus of its narrative is Granada’s great Moorish period and the upheaval of the Christian reconquest in 1492. Next – and requiring a sturdier pair of shoes – is a tour up into the Gypsy flamenco quarter of Sacromonte, exploring a bucolic, cave-dwelling lifestyle that has hardly changed since the 18th century. Finally, it provides a walking tour of Albaicín. Full of local insight, it delves into this neighborhood’s unique ambience, owed in part to dual Moorish and Christian influences. 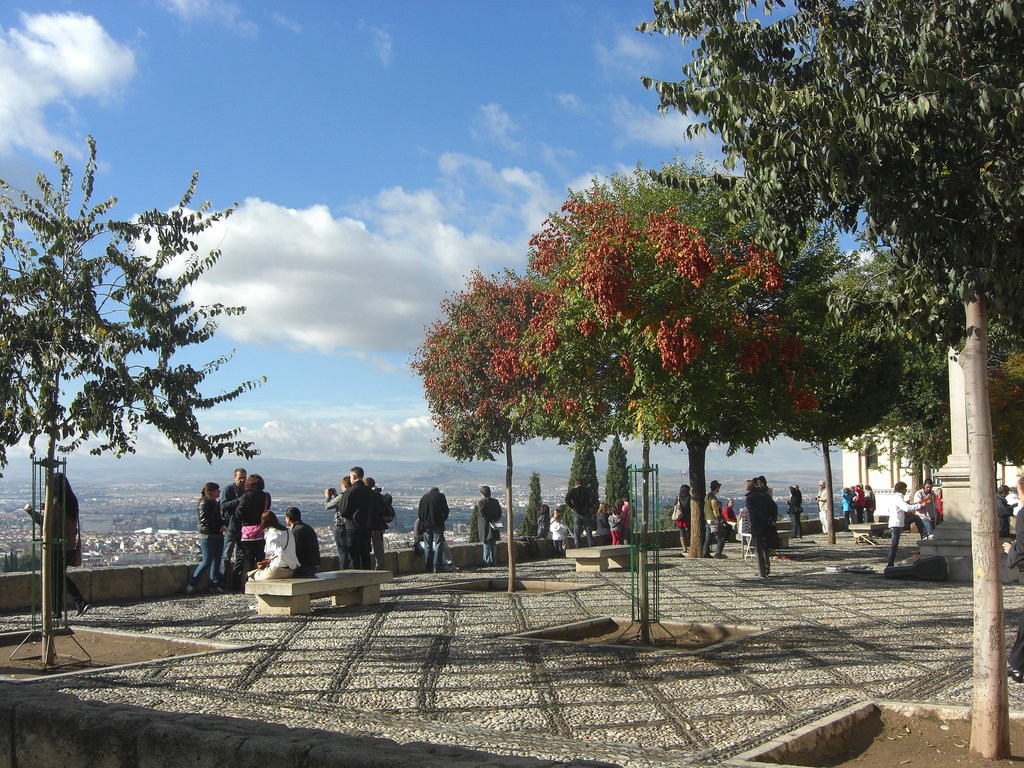 You cannot miss the irrepressibly cheerful guides from Feel the City Tours on and around Plaza Nueva: dressed in bright purple t-shirts and weilding purple umbrellas advertising their free walking tours, they pull in huge groups of passing tourists. The free route starts at the heart of Granada’s old town center – now a chic shopping area – and takes in the cathedral and the important churches that surround it as well as Plaza Bib-Rambla and the Alcaiceria market – formerly the site of Granada’s Grand Bazaar. Their guides aren’t just notable for their enthusiasm; they’re also highly educated in the subjects relevant to the tours.

In addition to the obvious attractions held by the city itself, the countryside surrounding Granada – particularly that which separates Sacromonte from Albaicín – vastly rewards anyone willing to explore it. For this reason, you might want to take Pancho’s ‘Sacromonte and The Caves’ route. Battling the purple-clad guides of Feel the City for customers on Plaza Nueva, their equally eye-catching representatives are dressed in bright orange. Sacromonte and The Caves takes in the scruffy, flamenco-saturated gypsy quarter and looks at its traditional cave dwellings as well as including a mini-trek up to San Miguel Alto, the highest church in Granada. There are few better vantage points from which to take in the vast, wild countryside that surrounds this ancient city. 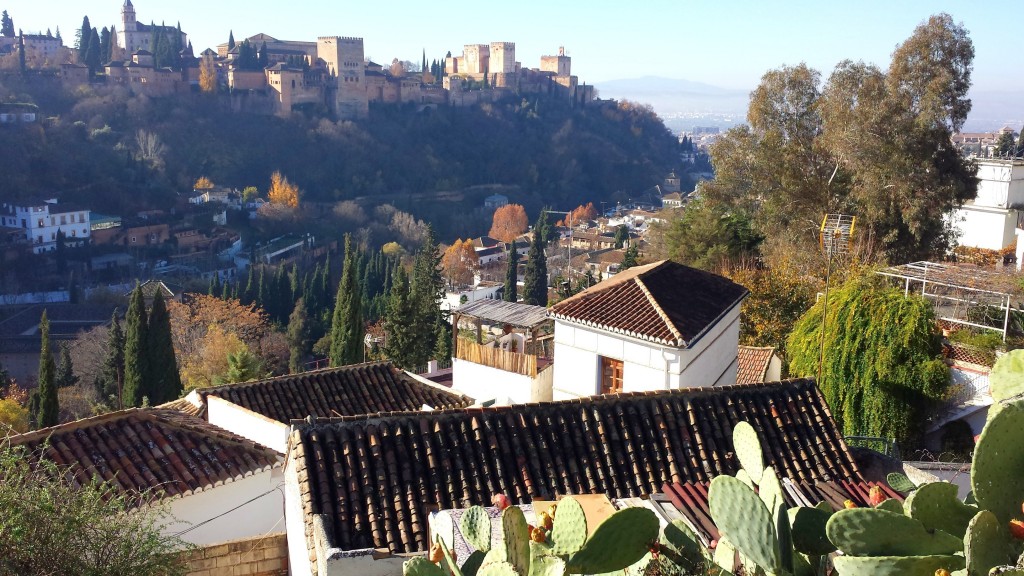 The rooftops of Sacromonte, best explorable by foot | © of Encarni Novillo

Also focusing its free walking tours on the monumental city center around Plaza Nueva, the Alcaiceria and the cathedral, Follow Me is operated out of a small, friendly kiosk opposite Santa Ana church at the beginning of the Carrera del Darro. Their guides – who offer tours in both Spanish and English – don’t just take you to the obvious sites, but around the narrow old streets that link them and that often have equally interesting stories to be told. These fun, physically undemanding walks begin every day at 10AM from the fountain on Plaza Isabel la Catolica, one of central Granada’s most attractive squares.

Starting where its tourist train-bus stops on Plaza Nueva (a method of touring the city which is to be avoided at all costs, by the way), City Tour’s twice-daily, two-hour explorations of Granada take in the old city center and Albaicín. They concentrate on the two principal religions and cultures that have given all of southern Spain its special character – namely, Christianity and Islam. Perhaps nowhere better is the confluence of the two on display than in the area explored by this tour: right next door to the city’s great cathedral, for example, is the site of its once-enormous Bazaar, where the best silks and spices from north Africa were sold. 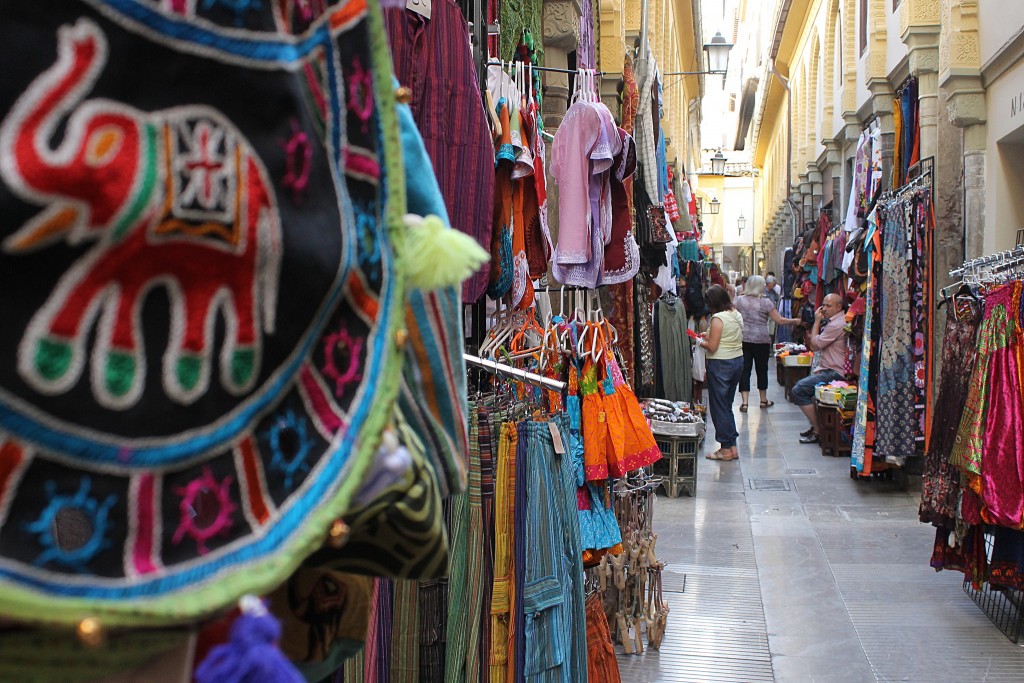