Top 15 Spanish Songs to Add to Your Playlist Right Now 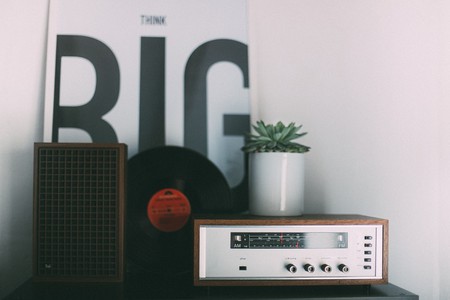 From the traditional sound of flamenco to the irresistible rhythm of reggaeton, the Spanish-speaking world has produced some incredible music over the years. Whether you’re looking for songs to help you brush up on your language skills or just curious to discover something new, here are 15 Spanish songs you should listen to now.

For when you’re feeling lovestruck or heartbroken, there’s nothing like the sound of Luz Casal singing ‘Piensa en mi’. She might not be the first to sing it but there’s something about her version that’s incredibly moving.

One of Spain’s biggest indie and post-punk bands of the last decade, Triángulo de Amor Bizarro – a Spanish translation of New Order’s ‘Bizarre Love Triangle’ – released their first eponymous album in 2007. This song was one the best received of the debut album and remains a favourite for many fans.

Possibly one of the most famous Spanish-language songs of all times, ‘La Bamba’ was adapted from Mexican folk songs by a teenage Ritchie Valens. In just eight months he became a rock ‘n’ roll legend before tragically dying in a plane crash which also claimed the lives of Buddy Holly and J. P. ‘The Big Bopper’ Richardson.

Ask any Spaniard who the most famous Spanish rock band is and you’ll undoubtedly hear the answer ‘Los Planetas‘ – not to say they’re everyone’s favourite but there’s no denying their cult status. This turn of the millennium tune was released as a single before coming out on their Unidad de desplazamiento album in 2000.

La Movida is the name given to the artistic and cultural movement which emerged following the end of the Franco dictatorship in the late 1970s. It gave rise to some of Spain’s most avant-garde, revolutionary artists: Pedro Almodóvar, Radio Futura, Los Nikis and the children’s TV presenter-cum-singer, Alaska. This is eighties pop with an important political undercurrent.

What happens when you take the sound of flamenco and give it a cool electronic rhythm? Chambao. This flamenco-chill band hails from Málaga in southern Spain and pioneered this original genre, blending the old and the new with great musical success.

‘We’re three guys with instruments. We make old music with new shoes’, and indeed the Mujeres‘ guitar strumming is at times reminiscient of an old-school fifties rock’n’roll band. Hot newcomers on the Spanish indie scene, they’ve already played at the likes of Primavera Sound in Barcelona.

Los Punsetes are a fine example of the new generation of artists who draw their inspiration from the Spanish La Movida movement. Described as indie and pop-punk, Los Punsetes have drawn comparisons to bands such as Los Nikis but also rock groups such as the aforementioned Los Planetas.

No need to spell out what this song by Spanish band Ska-P is about, nor will there be any surprises to hear that the band is of the ska-punk variety. The most famous of the their kind in Spain and having achieved recognition across Europe and South America, Ska-P released seven studio albums between 1994 and 2013 before going on their second indefinite hiatus.

Move over Justin Bieber. The original ‘Despacito’ song was released by Puerto Rican singer Luis Fonsi alongside the reggaeton rapper Daddy Yankee. Love it or hate it, it’s the first Spanish language song to top the Billboard Hot 100 since the ‘Macarena’ in 1996.

This sassy Barcelona-based duo have a lot to say and use their music – which they’ve coined as ‘electro-disgusting’ – to get the message across. Whether it’s decrying male domination of the art world or reclaiming sexist dance moves like perrear, Las Bistecs know how to combine impactful lyrics and cool electro-pop beats.

Breaking through into the world of Spanish rap was never going to be an easy feat, yet by the age of twenty, Mala Rodriguez, aka ‘La Mala’, was already performing alongside some of Spain’s most prominent hip-hop acts. Drawing on her working-class Andalusian background, her lyrics speak of every day struggles, racism, poverty and female empowerment.

Classic Spanish nineties pop-rock at its finest: Los Rodíguez. The half Argentine, half Spanish band were based out of Madrid and enjoyed great success throughout much of the nineties. They’re influenced by bands such as the Rolling Stones but with a certain Latin flair borrowed from the world of rumba and flamenco.

A true legend of the Spanish music world, Joaquín Sabina has been active as a musician since the 1970s when he returned from political exile in London. A singer-songwriter, poet and artist, Sabina’s career has seen him release 14 studio albums and this song from his famous album 19 Días y 500 Noches sold over 500,000 copies and won him numerous awards.

While Manu Chao may himself be French, he is best known for his catchy Spanish-language songs and his impromptu beach concerts in Barcelona back in the early 2000s. His lyrics often have an anti-racist, anti-capitalist slant, with songs such as ‘Clandestino’ discussing the impact of borders and ID papers on people’s freedom to move and live.