Top 10 Things To Do and See in Sants-Montjuic

This incredible, Olympic-inspired district in the southeast of Barcelona boasts attractions which centre on the Parc de Montjuïc, an area complete with museums, a castle, and fantastic city views, as well as a plethora of things to see and do. Here we explore the best things you can’t miss on your next visit to the neighbourhood. 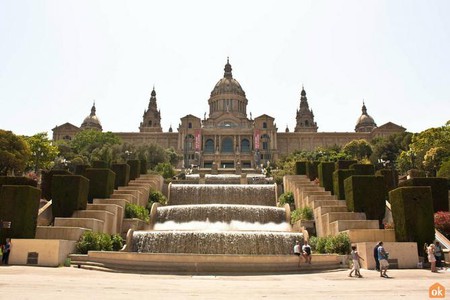 Admire the views from Montjuïc mountain

A prominent hill overlooking Barcelona and boasting fantastic city views, Montjuïc mountain is very popular with tourists, especially since the surrounding area offers much to see and do in itself. It’s certainly recommended to get involved and lost in the bustling streets of the city below, exploring everything there is to see and do, but to truly appreciate the size and splendour of Barcelona, you must take a trip up to the top. Take a moment of peace and tranquillity to admire exactly what you have been exploring, or will get to explore, on your trip to this fabulous city.

Possibly even more exciting than the views themselves is the Montjuïc cable car, which takes visitors directly to the top of the city in the most entertaining and mind-blowing way possible. The Montjuïc cable car gives visitors the chance to sit in a cabin which can hold up to 8 people, and admire the panoramic views of the city. An ideal way to reach the top where there are attractions to see and views to admire, and far more comfortable than hiking the steep route up. Hop on the attractive cable car and glide above the tree tops for just over €10 for a return ticket. 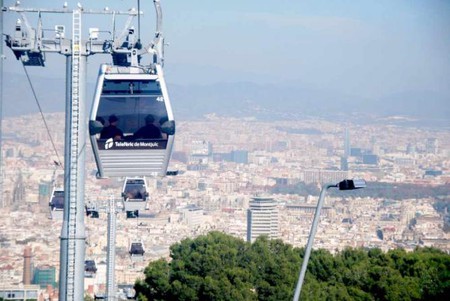 Those who want more fantastic views whilst admiring a spectacular military fortress dating back to 1640 should stick around at the top of the mountain to visit Montjuïc castle. Previously used to repress the anarchists in the 19th century, and political prisoners under Franco’s regime (it is now one of the only places in which a statue of Franco remains), it currently serves as a Barcelona municipality’s facility. It is open to the public, and guests can explore the grand historical grounds and sit and grab a cool drink during the summer months in the most spectacular setting high above the city. 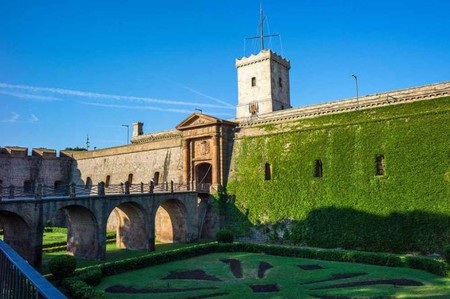 A beautiful backdrop to the famous Plaça d’Espanya, Palau Nacional also goes by the name of National Art Museum of Catalonia, and showcases the largest collection of Catalan art in the world. This spectacular building is worth a visit even to admire from the outside. Built in 1929 for the International Exhibition, Palau Nacional has played host to prestigious events, including the opening ceremony of the Exhibition which was attended by royalty. Nowadays, the inside of the building is home not only to Catalonian art, but Romanesque art, Gothic Art, Renaissance art, and modern art, and is definitely worth an explore. 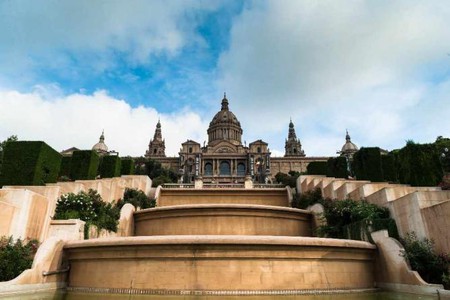 Built on Montjuïc mountain, also for the 1929 International Exhibition, the Spanish Village is an open-air museum comprising of full scale replicas of 117 buildings from all over Spain, including Castile, Andalucia, and the Basque Country, as well as, of course, Catalonia. Perfect for individuals, couples, and families alike, guests can tour this museum, admiring the craftsmen who showcase their skills in some buildings, including glass blowers in the Andalucian quarter. Not only does the village allow a glimpse into Spanish history and life, it also offers restaurants and cafés, and even the occasional flamenco show. Poble Espanyol is a characterful place, with real streets and squares, but free from traffic and full of nature – much like stepping into a fairy tale. 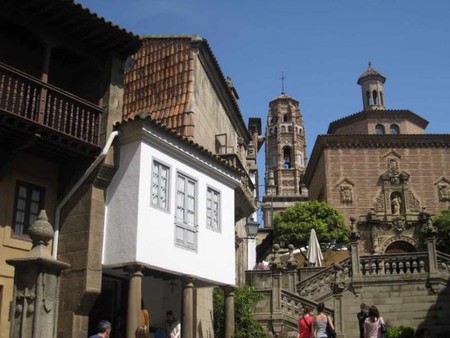 A place intended solely for displaying Miró’s artwork, there is no better place to see Miró’s art than here. With its origins in Miro’s first major exhibition in 1968, this building was set up as a point of inspiration for the contemporary art movement. Displaying not only his own work, but other contemporary artists too, Fundació Joan Miró is a gallery with a story to tell. A dynamic space, this gallery is a must visit, as Miró is one of the most emblematic aspects of Catalan culture and identity. 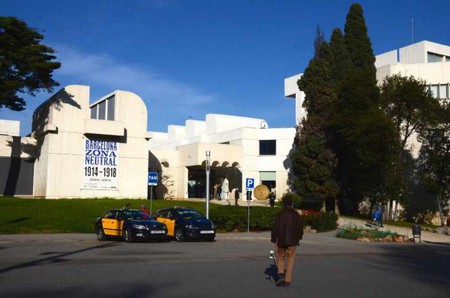 Opened in 1999, El Jardin Botanico is a municipal institution established with the aim of preserving over 1500 Mediterranean plant species worldwide. A fantastic family option, El Jardin Botanico offers garden activities all year round, specifically for children aged 7-14. A perfect place not only to learn about Mediterranean vegetation or environmental issues, but also to appreciate the pure beauty of Mediterranean plants as the garden is spread over to 14 hectares and to six different zones. 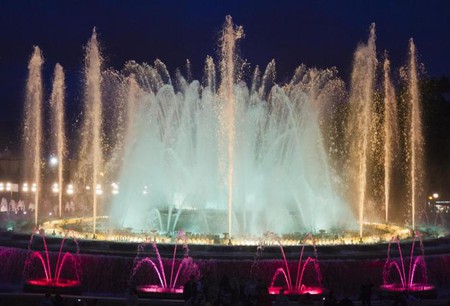 Not just any old fountain, the Font Mágica of Montjuïc was built by over 3000 workers in less than one year. Displaying its first performance in 1929, Font Mágica is a historical piece located near the beautiful Palau Nacional. An ambitious project, Font Mágica comprises of waterfalls and ponds which display color, light, motion, music and water acrobatics to create, as the name suggests, a truly magical show.

Designed in 1985 by architect Luis Pena Ganchegui and Francesc Rius, Parc de l’Espanya Industrial was built on the site of a former textile factory, and was initially part of a council plan to create more open spaces. The park consists not only of the typical trees, artificial lake, and fountains but, more uniquely, sculptures. The most famous is The Dragon Without Saint George, a design by Andrés Nagel. Standing at 12 metres high and 32 metres wide, it now serves as a popular slide for the children.

Eat at the unique Zoologic Restaurant

If you’re looking to add a unique and exciting twist to your dining experience, this is the place. Zoologic Restaurant, much like many other restaurants in the area, serves fantastic Mediterranean cuisine, but with a difference. The experience here will be an unforgettable one, with music, entertainment and karaoke to accompany your meal. Combine your cuisine with a cabaret-futuristic show which will certainly leave you speechless. For those who don’t want to leave the fun after their meal, there are numerous tempting and creative cocktails to sip on whilst enjoying the rest of the surplus of entertainment on offer. 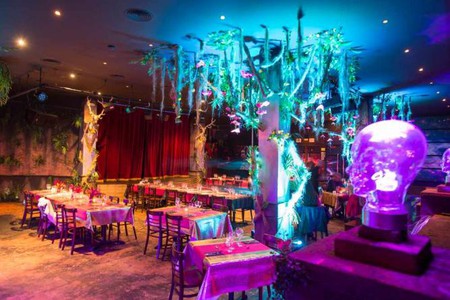