The Top 10 Things to See and Do in Alcalá de Henares, Spain 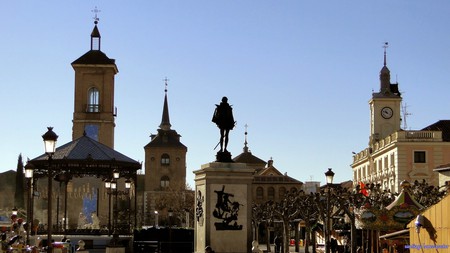 Alcalá de Henares is a city located 35 kilometres (22 miles) north-east of Madrid, and makes a great day out from the capital. From its rich literary heritage to its buzzing tapas scene, we discover the best things to see and do when visiting the city.

Alcalá is perhaps best known for its famous son, Spanish writer Miguel de Cervantes who wrote Don Quixote, one of world literature’s most important and enduring novels. You can discover the early life of one of the world’s most famous writers in the house where he grew up, which is now a museum. The house takes visitors back to the 16th and 17th centuries and is full of furniture and artwork from the time. 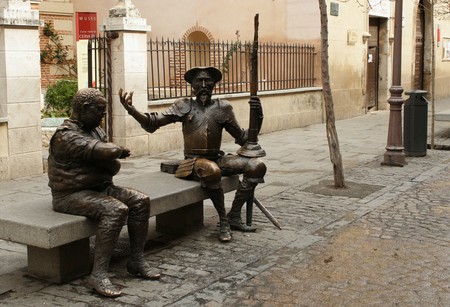 Statue of Don Quixote and Sancho Panza outside the Cervantes Museum | ©M.Peinado/Flickr

Unlike Madrid, where you’re sometimes hard-pushed to get even a free plate of olives with a drink, Alcalá is known for its generous free tapas, making it a great place for a tapas crawl. In many bars, you order a drink and are given a choice of several different substantial tapas, making for a very reasonable lunch if you’re on a budget.

The University of Alcalá was founded in 1293 as a medieval university and rebounded as a modern university in 1975. It attracts many Spanish and international students – many of whom come on Erasmus or study abroad programmes. The university is also famous for its annual Cervantes Prize, awarded for lifetime achievement of a writer in the Spanish language. You can see the buildings that make up the historical campus in the city centre. 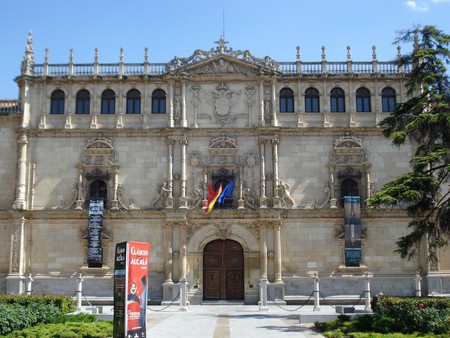 The University of Alcalá | ©losmininos/Flickr

Set in a former convent that was founded in the 17th century, Alcalá’s Archaeological Museum gives visitors an overview of the history of the region of the Community of Madrid from prehistoric times to the present. From the first settlers to Roman occupiers and the Spanish court, the museum is a fascinating insight into the region’s diverse historical makeup.

The Cathedral of St Justus and St Pastor was built between 1497 and 1515 in a Gothic style and declared a national monument in 1904. The church suffered severe damage when it was burned during the Spanish Civil War (1936-39) and lost many of its treasures in the fire. 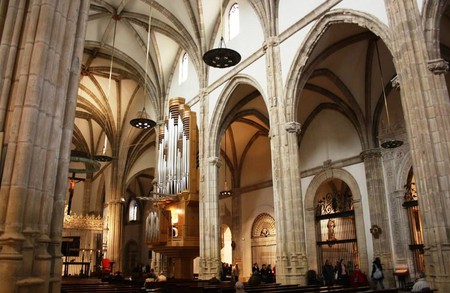 In November, Alcalá de Henares hosts Alcine, the most important short film festival in Spain. It was founded in 1970 and over the years has welcomed entries from some of Spain’s top film directors, including Alejandro Amenabar, Álex de la Iglesia and Isabel Coixet.

The historical centre of Alcalá de Henares is a Unesco World Heritage Site and is a lovely place to stroll around. One of the city’s most picturesque streets is its Calle Mayor; originally designed in the 12th century. The street is lined with porticos with 18th-century pillars and is home to many shops, bakeries and restaurants. 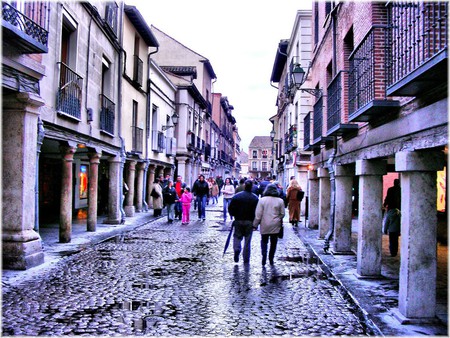 Walking around Alcalá de Henares, you might notice a higher than average number of statues and you would be right: they are part of the city’s Open Air Sculpture Museum. The museum, founded in 1993, brings together 58 modern art sculptures by both Spanish and international artists. The sculptures are dotted around the city so keep your eyes peeled as you wander around.

This beautifully manicured square is dominated by the statue of local boy Miguel de Cervantes. The square is surrounded by several important buildings including the Corral de Comedias, one of the oldest theatres in Europe, built between 1601 and 1602, and Alcalá’s City Hall.

This quirky palace, designed by architect Manuel José de Laredo and built in 1882, is a mixture of designs, from the tiles and plasterwork reminiscent of the Alhambra to Modernist and Gothic touches. The main style is neo-mudéjar, a type of Moorish revival architecture that swept across Spain in the late 19th century. It was declared a national monument in 1975. 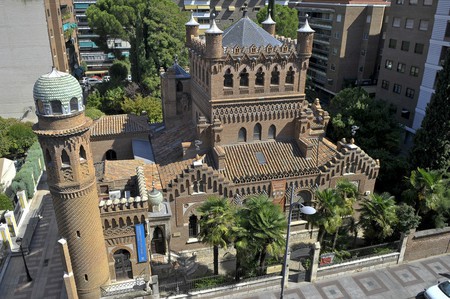