The Top 10 Spots For Hiking And Trekking In Spain 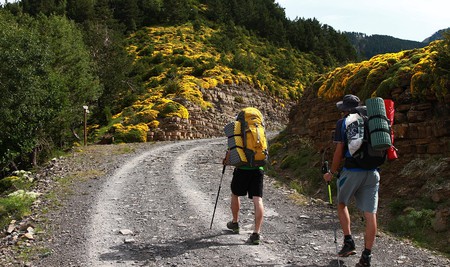 Hiking in the Pyrenees © Lisa Redfern

If you’re looking for a top choice for a hiking and trekking holiday, you can’t do better than Spain, with its varied landscapes, many mountain ranges, coastal routes, and well-marked trails. From the famous Camino de Santiago to the Picos de Europa National Park and the Vías Verdes, covering old disused railway lines across the country, there’s something for everyone.

One of the most popular and most beautiful routes in the Picos de Europa National Park, the Ruta del Cares runs for approximately 12 kilometers, from Poncebos in Asturias to Caín in León. Known as ‘The Divine Gorge’, the trail is carved out of the side of the rocks and traverses bridges and streams. 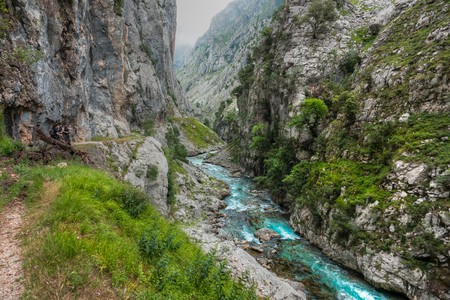 One of the best places for hiking near the capital of Madrid, the Peñalara lies in the Sierra de Guadarrama, near to the province of Guadalajara. The hike takes around 3 1/2 hours for a roundtrip, and the route takes you through the Parque Natural de Peñalara, where you can spot many different types of reptiles.

The most famous Spanish walking route is of Course the Camino de Santiago, also known as The Way of St. James. A series of ancient pilgrim routes, the trail starts in few different places along the French border and ends up at Cathedral of Santiago de Compostela in Galicia. One of the oldest routes starts at the town of Ovideo in Asturias, but the most popular trail starts at Saint-Jean-Pied-de-Port, just across into France. There is also another path, the Cami Catala, which starts at Montserrat monastery, or in Barcelona, and joins up with the Camino de Santiago to finish up at the in the same place. 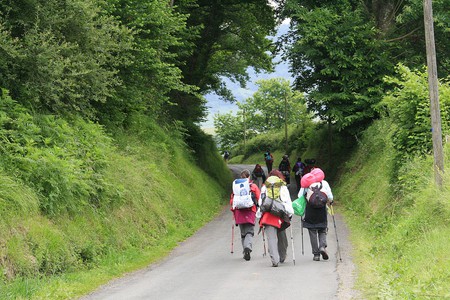 The Cumbre Vieja is a volcanic ridge located on the island of La Palma, part of the Canary Islands. Running from north to south, it is approximately 150 kilometers and would take around eight to ten days to complete. If you don’t want to walk the whole thing however, you could opt between two shorter walks – the Ruta de la Cresteria, around the rim of the Caldeira de Taburiente – a collapsed volcano, or the Route of the Volcanoes in the south of island, snaking its way around ancient craters and Martian-like volcanic landscapes.

Once named one of the most dangerous hikes in the world, because of its missing sections of pathway and sheer cliffside drops, the Caminito del Rey is located in the region of Malaga. The route was closed for many years due to safety issues, however extensive renovations took place and it reopened again at the start of 2015. Today, the path has been repaired, handrails have been added, as well as bridges and stairs, to create a spectacular, but safe experience. The trail is approximately 7.7 kilometers long and takes around four hours to complete. 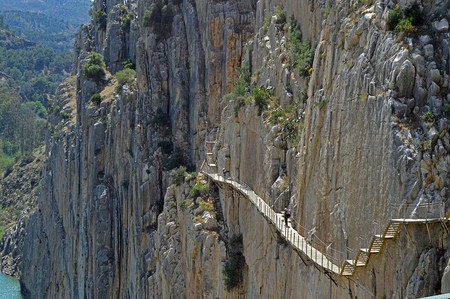 Situated in the province of Huesca in northern Aragon, close to the French border, the Pico Sobarcal stands at 2,259 meters. Hiking up can be a rewarding experience, with awe-inspiring views of the Pyrenees in the distance and over to into France. The total hike takes around seven hours. It’s a moderate climb, but gets very difficult towards the peak due to the rocky terrain, so reaching the top is really only for advanced hikers and mountaineers.

Running along the Catalan coast, the GR92 begins at Portbou, just on the Spanish side of the French border and runs all the way to Uldecona, approximately 200 kilometers south of Barcelona. Divided into 20 different stages, you can choose which parts of the path to walk, from hikes lasting just a few hours to those lasting a couple of days. Some of the most spectacular parts of the route are right at the top near the Natural Park of Aiguamolls de l’Empordà and further down into the Costa Brava – the sections between Begur and Palafrugell. 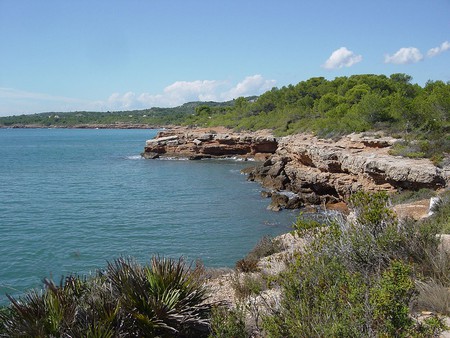 Not one particular walk, but a set of trails running more than 7,000 kilometers throughout the country, the Vías Verdes are literally translated as ‘GreenWays.’ Hiking paths and cycling routes that have been converted from old disused railway lines, there are around 77 different Vías Verdes running from north to south, all throughout Spain. Along the way, hikers will find old railway stations that have been converted into services such as restaurants, hotels, museums, bike rental stores and information offices.

Located on the island of Tenerife in the Canary Islands, Las Cañadas del Teide National Park is another great hiking destination through volcanic landscapes. Home to Mount Teide, the highest mountain in Spain at 3,718 meters high, the park is home to several walking trails and mountainous peaks. Mount Teide itself can also be hiked, from where you can see the 80-meter crater at the top, although a free permit must be applied for in advance if you visit during summer, and you must be accompanied by a guide near the peak. 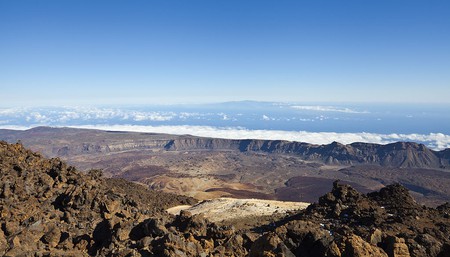 The highest mountain on the Iberian Peninsula, the Mulhacén is located in the Sierra Nevada mountain range near the Moorish city of Granada and stands at 3,479 meters. It is best climbed in summer and can be done in a day. There are several trails to reach the peak ranging in difficulty levels. The hardest way to reach the summit is via the northern face, which is really only for mountaineers, and the easiest and most popular is the southern face, which from the Mirador de Trevélez in the Alpujarras takes only around two hours.