Top 10 Free Things to Do in Granada 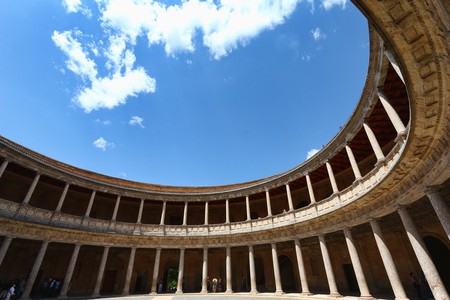 Because it attracts so many artistic types, Granada’s street entertainment is incredibly rich and varied. On Plaza Nueva there is always something going on: a gypsy flamenco group from Albaicin is a regular performer at the weekends, for example, and offers a more edgy – if less technically accomplished – version of the art you can also hear in the professional theatres. Also on offer are an amazing local funk band that tours the streets and squares of Granada, a girl who spins around in a hoop to music and frequent poetry readings. Calle Elvira, Plaza San Nicolas in Albaicin and the squares around the cathedral are also excellent spots for catching some of Granada’s best free street entertainment. 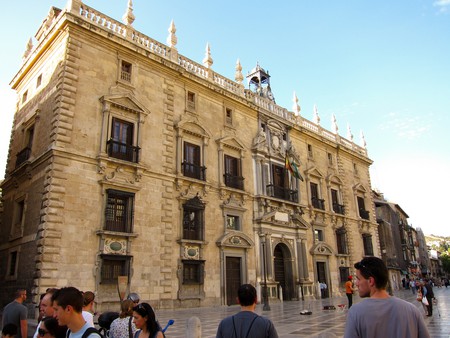 The open spaces of Plaza Nueva are often the stage for street performers; Maxim B, flickr

Although these beautifully-maintained gardens are fairly well known in Granada, visiting them always feels like discovering a secret. Little rock grottoes and secluded spots lend this space a magical feel, as does the impossibly romantic tower at its centre which, if it were only a little taller, would be a prison for an unhappy princess. Climb the stairs to the top and admire the view whilst wondering how many proposals have taken place where you stand.

Granada is famous and unique in Spain for its tapas scene and justifiably so: nowhere else in the country does a surprise dish come as a matter of course, for free, with beers, wines and soft drinks. One of the pleasures of visiting this city, therefore, is that you don’t have to set aside money for expensive meals out. For the price of two or three (very cheap) drinks you will have enjoyed generous portions of some of the local delicacies – of which but two are smoky, spicy cured hams and slow-cooked pork served in a rich, meaty sauce with perfectly-cooked fries. 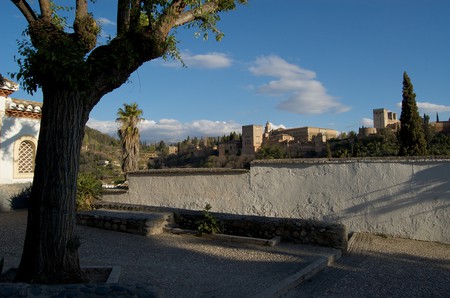 A hidden square in the old Arabic quarter of Granada; Greg Dobson, flickr

Granada is a city for meandering in, a city for getting lost in. If considered in totality it is not a small place, but the centre and the old neighbourhoods are all explorable by foot. This is not only a free way to familiarise yourself with Granada, it is the best. The scruffy backstreets of Albaicin and Realejo will never cease to delight or surprise you and nor will the locals, who need little prompting to tell you what to see and why to see it (probably throwing in a good amount of their autobiography for luck). Wandering aimlessly, with no route or plan, you can explore the soul of Granada without spending a cent.

Relax by the River Darro

In the spring Granada is hot and in the summer it is seriously hot (35 degrees + every day, sometimes over 40). If you are visiting during either of these seasons, then, you’ll need a chilled refuge during the hottest part of the day. The banks of the river Darro, on the Albaicin side of Paseo de los Tristes, is your answer. Scrambling down a dusty little path to the river’s edge shaves a good few degrees off the temperature and is wonderful place for a picnic and a paddle. If you head down- river for a few minutes and under the bridge you reach a rarely-visited, verdant section of the bank where you string a hammock between two trees and set up camp for the afternoon. There are few better ways to escape the ferocious midday heat in Granada without denting your wallet.

Some of the Alhambra's beautiful gardens can be visited for free; jockrutherford, flickr

Although the Alhambra’s palaces and formal gardens are only accessible with a ticket, large parts of it can be seen for free. The first section you come to after walking up from Plaza Nueva, for example, takes you through what used to be one of the fort’s principal entrances and onto a vast external space that provides stunning views of the Alhambra. From here you can also see, up close, the mighty towers from which Granada was once defended against invasion by Christian armies Also free is the central courtyard of the Charles V palace, the Fine Arts Museum (see below) and the lovely street that takes you from this to the gardens of the Generalife. 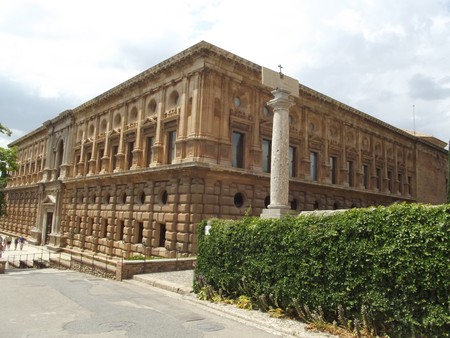 Situated in the Charles V palace in the Alhambra complex, just off the main circular courtyard, this is Granada’s leading art museum. It houses a number of important religious paintings and sculptures dating from the sixteenth century onwards, of which the most famous is a sculpture by Jacobo Florentino called ‘The Burial of Christ’. Like the palace itself, this collection serves a reminder of the Catholic conquest of Moorish Granada, and of successive Catholic monarchs’ attempts to stamp their own religion and identity on the Alhambra.

One of the first things you’ll notice walking around Granada’s centre is that the standard of graffiti is chasteningly high. This is due to a vibrant street art scene pioneered by an artist called Raul Ruiz – better known as “El Nino” (“The Kid”). El Nino’s depictions of the human form have few, if any, rivals on the scene and all of his work blends great technical ability with powerful emotion. His pictures are dotted all over town, but the biggest concentration is in the old Jewish neighbourhood of Realejo. 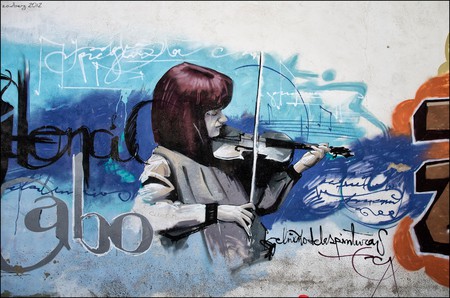 One type of ticket to the Alhambra – the Dobla de Oro route – includes entry to several monuments in the old Arabic quarter of Albaicin that can all be visited for free on Sundays. The Dobla de Oro offers further insight into Granada’s great Moorish epoch, and takes in beautiful Arabic houses and palaces and the oldest public baths in the city – all still amazingly preserved after almost one thousand years.

On Wednesdays, entrance to this revealing collection of documents, sketches and photographs relating to the life of Granda’s most famous poet can be visited for free. Lorca was murdered during Spain’s devastating Civil War of 1936-39 and his exact burial spot – thought to be somewhere outside the boundaries of the city’s official cemetery – is still not known.