This Stunning City Was Voted the Best for 2018, Here’s Why

Praising Seville’s conversion from a ‘traffic-congested metropolis resting on its historical laurels’ into a ‘city of bikes and trams’, Lonely Planet named the Andalusian capital the best city in the world to visit in 2018. Read on to find out why Seville pulled on the travel guide’s heart strings.

Seville boasts two of the most enchanting neighbourhoods to be found anywhere in Europe. Extending northeast from the cathedral is the former Jewish quarter of Santa Cruz, a barrio of orange-and-white-fronted houses, winding streets and hidden squares, in which getting happily lost is unavoidable. Don’t try to fight it – just put away the map or smartphone and soak up the neighbourhood’s ambience. Santa Cruz is also where you’ll find some of the city’s best tapas and flamenco joints, with the Museo del Baile Flamenco an especially good spot for the latter. 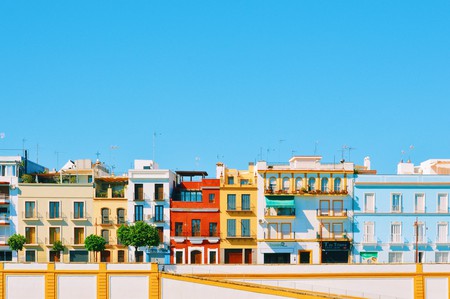 On the other side of the Guadalquivir River – a stretch of water that was crucial to Seville’s unofficial status as the Spanish Empire’s greatest city in the 16th and 17th centuries – is Triana. Before the city’s gypsy population was moved to a housing estate on the outskirts of town in the 1970s, this was a neighbourhood saturated in flamenco and bullfighting. Nowadays, most of the gypsies have gone, but Triana has kept all of its centuries-old charming qualities. Mosaics of white and blue tiles (one of the quarter’s most sought-after exports) decorate the colourful buildings; you’ll still hear the strains of flamenco drifting from open windows, and the Mercado de Triana is a joyfully chaotic concentration of local life. 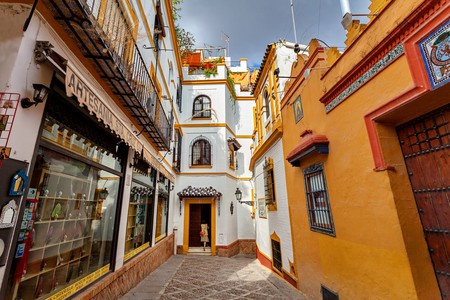 Whilst exploring Santa Cruz and Triana, you are surrounded by a profusion of vibrant, life-affirming colours. From the bright pinks and purples of the flowers that spring up in their secret squares to the many-hued façades of their old buildings, these are neighbourhoods that have never known shades of grey and in which it’s impossible (or so you imagine) to suffer from the blues for long. It’s for this reason that Culture Trip has named Seville as Spain’s most colourful city.

And then there are the UNESCO-protected historical attractions. Seville’s sprawling, five-nave cathedral is the largest Gothic cathedral in the world and amazes with its sheer size and grandeur. Inside is the tomb of Christopher Columbus (or one of them – it’s a long story). Just across the road is the Royal Alcázar Palace, a masterpiece of Mudejar architecture and the oldest continually used royal palace in Europe. Its stunning Moorish designs and gardens give anything you’ll see in Granada’s Alhambra a run for their money, and they recently had a starring role in Game of Thrones. 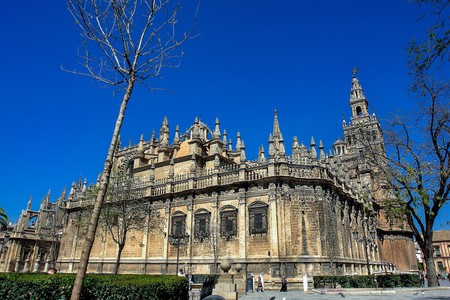 Seville is home tot he largest Gothic cathedral in the world; JaimePF55/pixabay

Just a two-minute stroll from the Alcazar is the elegant 16th-century building that houses the General Archive of the Indies – a collection of 80 million pages of documents relating to the Spanish Empire of the 16th, 17th and 18th centuries. The city’s other architectural marvels are its gorgeous 18th-century bullring, the weird and wonderful Metropol Parasol – known locally as ‘The Mushrooms’ due to the distinctive shape of its wooden canopies – and the Plaza de España, built for Seville’s hosting of the Ibero-American Expo in 1929. No wonder, then, that Lonely Planet has named Seville the best city in the world to visit in 2018. 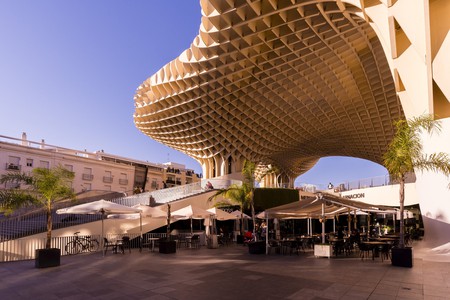 The "Mushrooms" monument in Seville's city-centre; Thomas Gartz/flickr
Give us feedback