This Spanish Designer Will Change The Way You Think About Menswear

‘I’m sick to death of this particular self. I want another’, wrote Virginia Woolf in Orlando, a revolutionary novel that played with gender binaries long before unisex fashion was in vogue. But thankfully in 2017, fashion has caught up. For AW17, a trope of escapism and fantasy permeated menswear collections. Designers have taken to the idea of escaping oneself, and determined ideas of masculinity, in favour of a freer, flamboyant and more romantically rebellious looks.

Now, Alejandro Palomo, the designer behind the brand Palomo Spain, has taken the concept even further, smashing gender binaries during his AW17 collection at New York Fashion Week in a way that would make Woolf proud (that a previous collection of his was inspired by Orlando, is fitting). Marrying an eclectic pool of materials – latex, houndstooth and leopard print – with strong silhouettes, the designer took menswear into new realms of extravagance and hedonism. Here, peplum jackets in peachy silk were coupled with collarless white penguin suits; suspenders and thigh high red silk boots were contrasted with endless feathered finishes, all walked to an abundant floral background. In doing so, Palomo invited the most rigorous re-imaging of what it means to be male, to date. 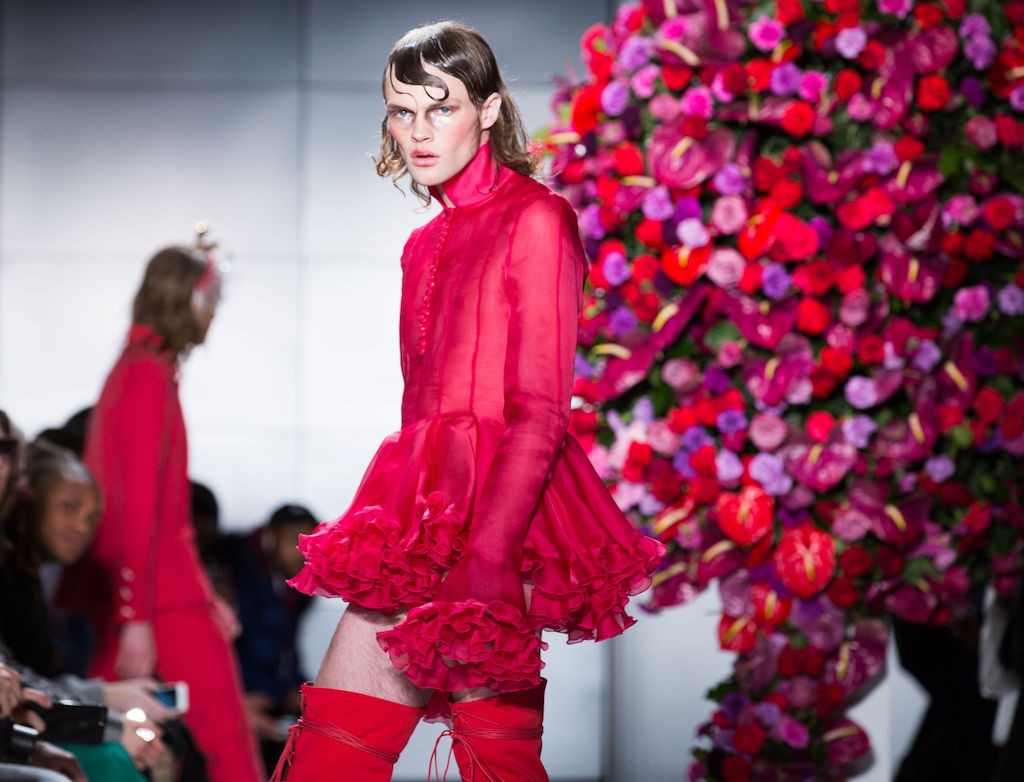 The collection comes in the wake of a recent i-D article, which posited that designers such as Vetements had chosen to challenge masculine attire by reclaiming ‘normal’ as their own. It came as a response to the brand’s AW17 couture show, which focused on stereotypes and explored how clothes perform identity. In the article, the idea was that the POTUS and his band of post-truth troubadours believe the suit to be the ultimate statement of power, so designers who are using this silhouette are stealing that power and shrouding those that the establishment perceive to be a threat in the traditional garments of the elite. It’s an interesting idea that explores the reversal of traditional power dynamics, enabling the ‘other’ through the garb of the mainstream.

Yet revolution is harder to ignore when it is noisy, which is why the approach of those such as Jeffrey and Palomo is important. The message here is that the spirit of the club kid, the artist, the provocateur is very much alive, and will not be squashed by those who try to break it. It’s a statement that could be seen in menswear more generally across shows in Milan, Paris, London and Copenhagen. The pervasive move towards a bright, garish and statement aesthetic communicated that the fashion industry is not scared of the changes – it embraces the flux and encourages new approaches to masculinity, within and outside of the traditional uniform. 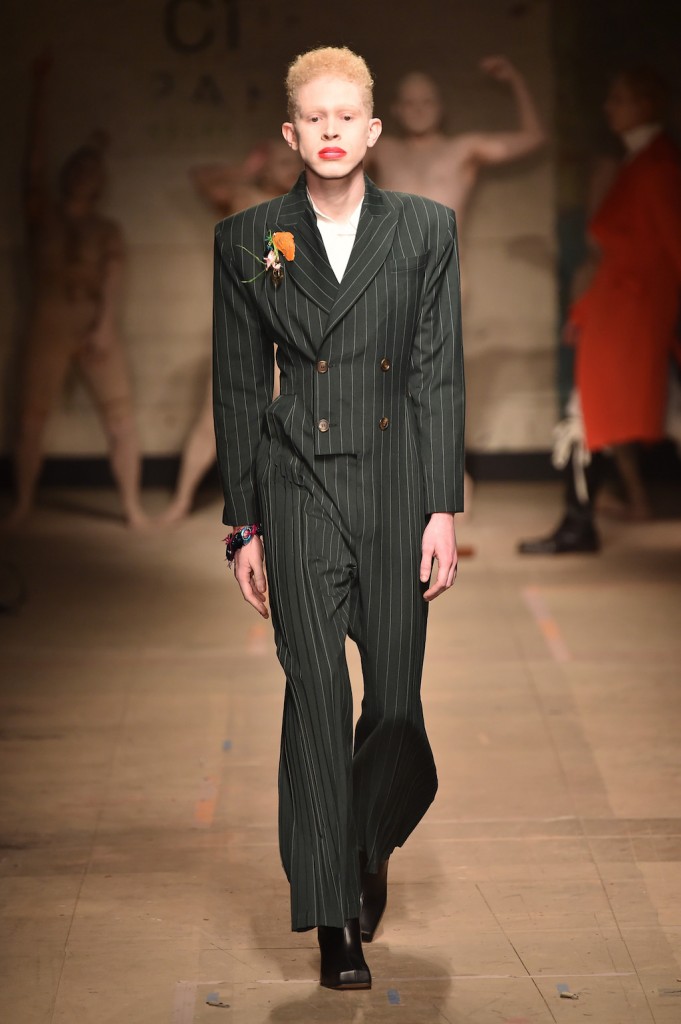 As some look to fashion as a means of re-enforcing what they know (Trump’s statement that women should dress like women springs to mind) it becomes vital that others use the medium to smash down boundaries. How can men continue to dress ‘like men’ when designers are offering them clothes that look like women? It’s a complicated vortex; no wonder Jeffrey ended up making things that defied human form altogether.