This Incredibly Famous Painting Is Hiding a Big Secret 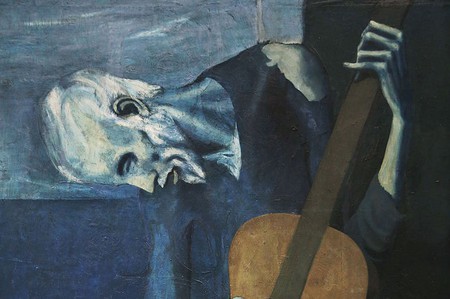 Did you think this iconic painting was just of an old man and his guitar? Think again.

Pablo Picasso’s The Old Guitarist, now in the collection of the Art Institute of Chicago, was painted in late 1903–early 1904 during the artist’s famed Blue Period. It portrays an old, blind, undernourished man wearing torn, threadbare clothing and playing the guitar on the streets of Barcelona. However the guitarist’s neck area hides a much more feminine theme: the face and body of a woman. 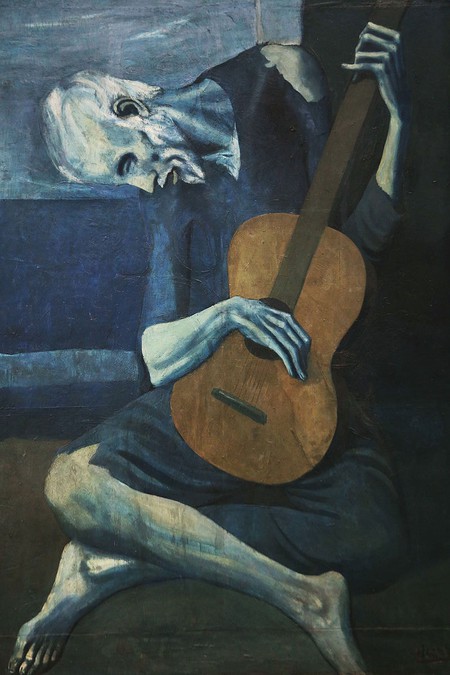 If you look closely at the painting, you can see the outline of what looks like a hunched over woman just behind the musician’s neck.

But that’s not the only figure art historians have discovered lurking in the background of this famous canvas. X-rays, infrared technology and other examination techniques have proven the painting home to a mother and child and an animal of some kind as well.

It is widely known that the Spanish artist was low on funds during the time in his life when this painting was created, so it is presumed that the reason for the mystery figures is that he painted over a previous canvas when creating this haunting portrait.

However, what this theory does not explain is why there are three not necessarily connected figures on the same canvas. It also fails to address why Picasso left the first female mentioned visible to the naked eye. Could there be more to this tale than meets the eye?

The answer is yes, there absolutely could be, but it will almost certainly remain an art historical mystery forever.