This European Country Has Just Had its First Gay Church Wedding 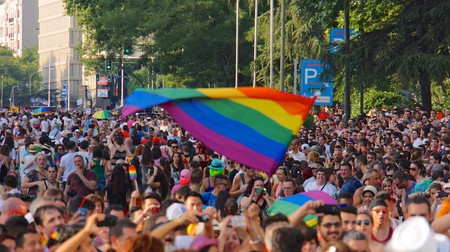 Last weekend saw the first gay marriage in Spain conducted by a priest. It was an important event in a country that has been at the vanguard of gay rights over recent years, despite staunch opposition from the Catholic Church.

Last Saturday morning, two men were married on a beach in Torrevieja, a popular resort town on the Spanish Mediterranean coast. It was a historic occasion: the union of 38-year-old Swedish national Soliman Johansson with his partner, 28-year-old Venezuelan Luis Madriz, was the first gay marriage in Spain to be conducted by a priest.

Although same-sex marriage has been legal in Spain since 2005, the country’s Catholic Church refuses to recognise such unions. But Gunnar Sjöberg, the Swedish vicar who wed Johansson and Madriz, is a member of the Lutheran Church of Sweden, which has approved same-sex marriages since 2009. ‘It’s a question of love, not gender’, Sjoberg told The Local, an online, English-language publication covering Spain. Sjöberg is in his first year of a five-year stint as priest in Torrevieja, which lies 50 kilometres (31 miles) south of Alicante. 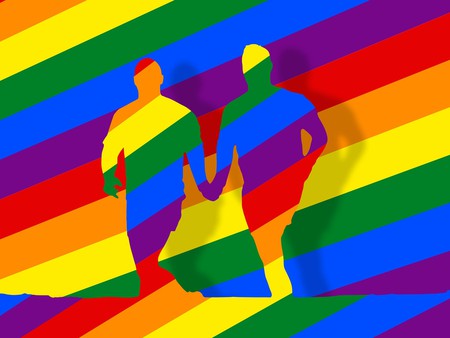 Johansson and Madriz’s wedding would not have been a possibility for all same-sex couples. The law only permitted Sjöberg to conduct the wedding because one of the couple was Swedish; and according to the same law, a the Swedish national can marry anyone of another nationality – except Spanish.

Socialist Prime Minister José Zapatero pledged to legalise gay marriage in Spain after coming to power in 2004. He stuck to his promise: a law permitting same-sex unions came into effect on July 3, 2005, making Spain only the third country in the world to allow gay marriage, after Belgium and the Netherlands. According to Spain’s National Statistics Institute, the country saw 31,610 same-sex marriages between 2005 and 2015, but none of them were conducted by priests. 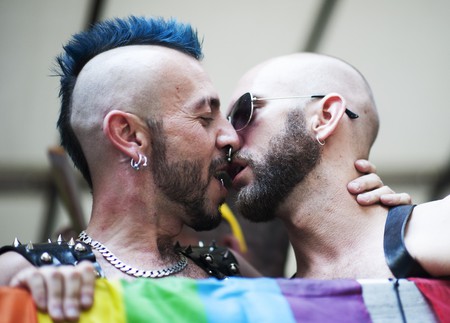 The Spanish Catholic Church has always been a vehement opponent of same-sex unions. Reacting to Zapatero’s proposed law in late 2004, Juan Camino, spokesman for the Spanish Bishops’ Conference, said that legalising gay marriage would be like ‘imposing a virus on [Spanish] society’. He also reiterated that the Catholic Church does not recognise same-sex marriages as legitimate.

Soliman, an executive at an international IT company, said that the church’s zero-tolerance approach to same-sex partnerships should bar it from being able to marry anyone: ‘It’s a shame that the Spanish state still allows the Catholic Church to marry people when they discriminate against LGBTQ people’, he told The Local. 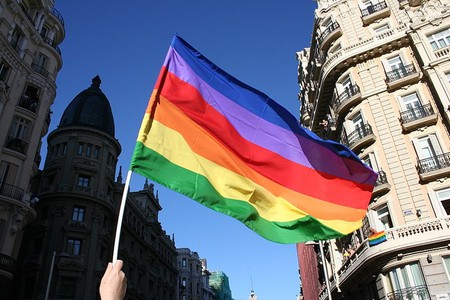 A flag at Pride celebrations in Madrid; Onanymous/WikiCommons

The couple said they were ‘absolutely thrilled’ to be the first same-sex couple married by a vicar in Spain. It was a sentiment shared by the priest, too: ‘For me, every wedding is a demonstration of love, and love makes the world better. I hope this will be the start of many more gay weddings here’, said Sjöberg.