This Country Has Just Made History With a Women-Dominated Cabinet 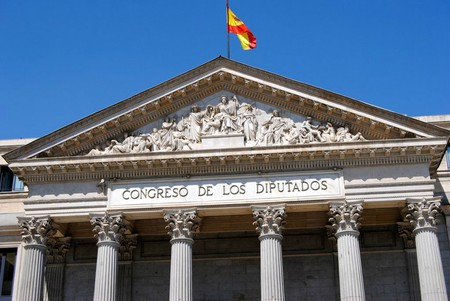 Spain’s new government has been sworn in with a record number of women taking well over half the positions – an historic moment in Spanish politics. Here’s everything you need to know about this momentous event.

Spain’s new cabinet, sworn in on Thursday by King Felipe, is the first in the country’s history to count more women than men among its ranks.

Of the 17 available cabinet posts, 11 have been filled by women by Spain’s new Socialist Prime Minister Pedro Sánchez, making the new cabinet 61% female.

And women have been given some of the most high-profile positions in the new government.

Speaking to the press on Wednesday about what has been dubbed Spain‘s new ‘feminist’ cabinet, Sánchez spoke of the “prestigious careers” of his new ministers, most of whom are specialists in their field.

Sánchez said this week that his new cabinet reflected a change in the country since March 8 – International Women’s Day – when Spanish women staged a nationwide strike both at work and in the home in protest against inequality and domestic violence.

The new male appointees have also made a splash – especially possibly the most apt science minister ever appointed – former astronaut Pedro Duque, one of only two Spaniards to travel into space.

One of two Catalans appointed to the new cabinet, Meritxell Batet has been appointed minister for Spain’s regions. She will be tasked with building bridges between the Spanish government and the region of Catalonia.

The other Catalan in government, Spain’s new foreign minister Josep Borrell, is a veteran politician and former head of the European Parliament who was against Catalan independence.

Sánchez came to power last week when Prime Minister Mariano Rajoy lost a no confidence vote in the wake of a huge corruption scandal in his conservative Popular Party.

But it might not be plain sailing for Sánchez, who leads a minority government with only 84 seats in the 350-seat parliament. He was able to sweep into the post of Prime Minister with the support of left-wing party Podemos, as well as nationalist parties from Catalonia and the Basque country, and will rely on the support of these parties to pass any legislation.