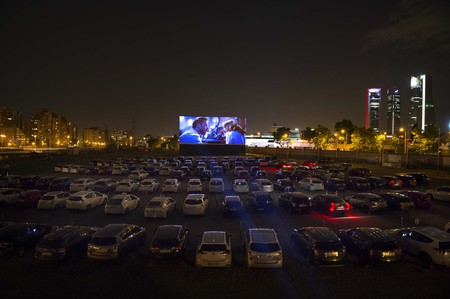 Madrid is known for its world-famous art galleries like the Prado and the Reina Sofia as well as its food and nightlife. But now the city can add another string to its bow: it is home to Europe’s biggest drive-in cinema. Drive up, sit back and channel your inner Sandy and Danny at Madrid’s ultimate cinematic experience.

Madrid has always been a cinematic city, home to film directors like Pedro Almodóvar and Alex de la Iglesia, who have immortalised the city on the silver screen, and locals who count going to the cinema as one of their favourite activities.

Now, a new drive-in is giving them the chance to see a film in a whole new environment.

Madrid Autocine RACE opened in 2017, founded by three friends who were looking for a unique business opportunity in Madrid. 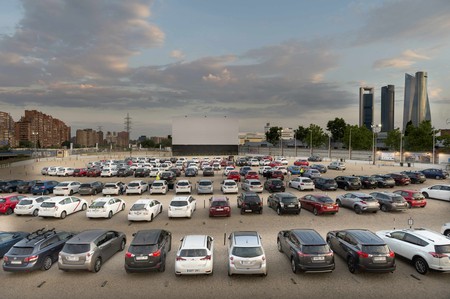 “We were looking for something exclusive and original that didn’t exist in Madrid,” promotor Tamara Istambul told Culture Trip.

“It was difficult to find something that we didn’t have in the capital of Spain… but we found it.”

The drive-in cinema, the largest by dimensions in Europe, is set on a 25,000 square metre plot in the shadow of Madrid’s Cuatro Torres (Four Towers) skyscrapers, in the neighbourhood of Chamartín, north of the centre.

It has a 250 square metre screen, digital projector and FM radio transmitter than transmits the audio straight to vehicles. During the summer, the drive-in also has 160 deck chairs in front of the big screen for those who want to experience the drive-in, but who don’t have a car.

“In the first year we’ve had around 90,000 spectators. The percentage of repeat visits is very high so we’re happy,” said Istambul.

“We have a very diverse client profile, depending on the type of film that we’re showing it can be families, teenagers or older people.”

The drive-in shows a wide range of films, from new releases to old classics, as well as live concerts on the big screen.

And why should visitors to Madrid consider the drive-in over a more traditional cinema?

“At the drive-in you have privacy and a feeling of freedom; from inside your vehicle you can adjust the volume, air conditioning and heating to your preference. You can smoke if you wish… or comment on the film as if you were at home,” Istambul said.

Spectators can order food from the drive-in’s food trucks, which make American classics like hot dogs and burgers.

“It’s a truly alternative form of entertainment: cinema plus dinner, in the same place, with comfortable and quick access.”

Autocine Madrid RACE shows films at 10pm at weekends at 9.30pm during the week. Doors open two hours before the film and you can buy tickets online.