This Artist's Spectacular House is Hidden Inside Bubbles of Volcanic Lava 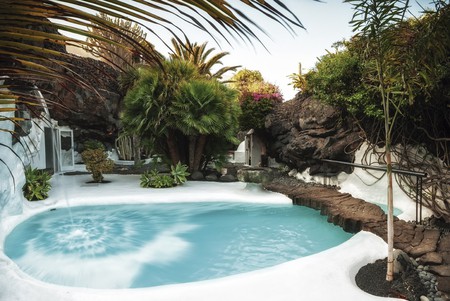 Born from violent volcanic activity millions of years ago, the island of Lanzarote is known for its spectacular lunar terrain of dramatic peaks, cooled lava formations, and swathes of jet-black sand. Equally renowned is the island’s most famous son, artist César Manrique, who has left his indelible mark on this spectacular landscape through his innovative and avant-guard architecture – one of the finest examples being his own home…

César Manrique was born in Lanzarote and, after a spell in Madrid and then New York City, returned to the island in the mid 1960s just as tourism was beginning to take-off in the Canaries. Keen to prevent too much ugly concrete development in his beloved homeland, he pushed for a more ecological and organic approach to architecture and set himself the task of building a house in the style he was championing with the aim to prove his point and sway public opinion. The success of this personal crusade is reflected in the relative lack of high-rise buildings on the island. 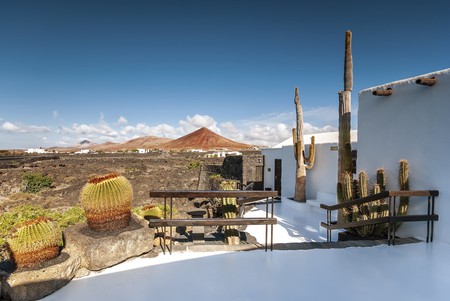 When searching for a site for his new home, Manrique was exploring the many lava fields on the island, and became intrigued by the sight of green foliage poking through the landscape of lava. He discovered five caves (which were essentially large bubbles in the lava flow) and set about connecting the spaces and building his home into the volcanic matter.

The subsequent two storey building has an upper floor which pays homage to the traditional style of Lanzarote in its one storey, wooden-beamed and white-washed, thick-walled form, but is designed to allow for ample light with huge windows and large open-plan spaces. 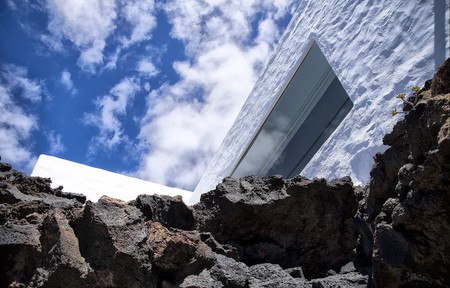 Stairs built into the volcanic rock lead down to the futuristic lower floor, which is contained within the five lava bubbles, and connected with a series of narrow passages. The bubbles are themed in red, white, black and yellow, with seating built into the curve of the walls, artworks and sculptures displayed throughout, and fountains and trees growing up through the centre of the rooms to a hole in the roof. A sunken garden has a spectacular swimming pool and waterfall, and a passageway off this garden leads to another cave. A stairway from this final cave leads up to the artist’s studio which has a window with views across the lava fields to the volcano itself. An organic ‘shelf’ of lava under the window gives the appearance of a moving lava flow spilling into the room, and connects the interior space with the landscape outside. 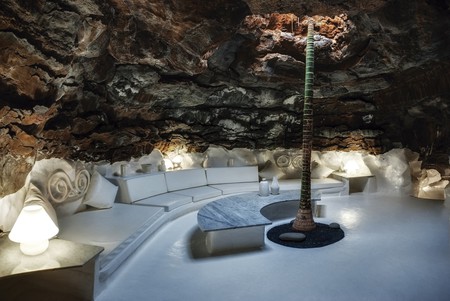 Ultimately, it was designed to show the possible harmony between modern and traditional architecture, and the connection between a building and its surrounding organic environment. Manrique himself lived and worked in the building until he retired to the other side of the island, and it is now primarily a museum and gallery – as well as one of Lanzarote’s most popular tourist attractions. The innovative and world-famous space is also home to the César Manrique Foundation, which works to promote artistic and cultural activities on the island so that the artist’s legacy of protecting and promoting Lanzarote will continue to flourish long after his death. 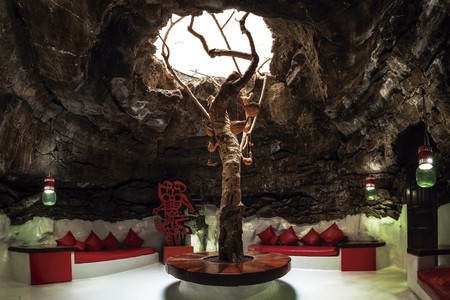 © Fundación César Manrique
Give us feedback