Things to Do in Córdoba, Spain 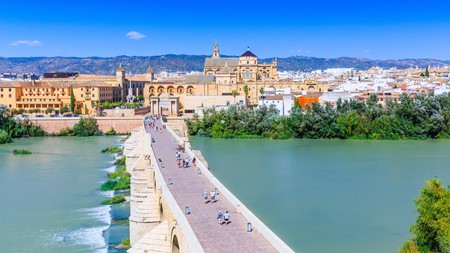 The Andalusian city of Córdoba boasts some of the most important historical sites in southern Spain, as well as a Unesco-protected annual festival. Read on for Culture Trip’s pick of the best things to see and do in the area, from exploring the flower-filled streets of its oldest quarters to visiting what was once one of the greatest mosques in the West. 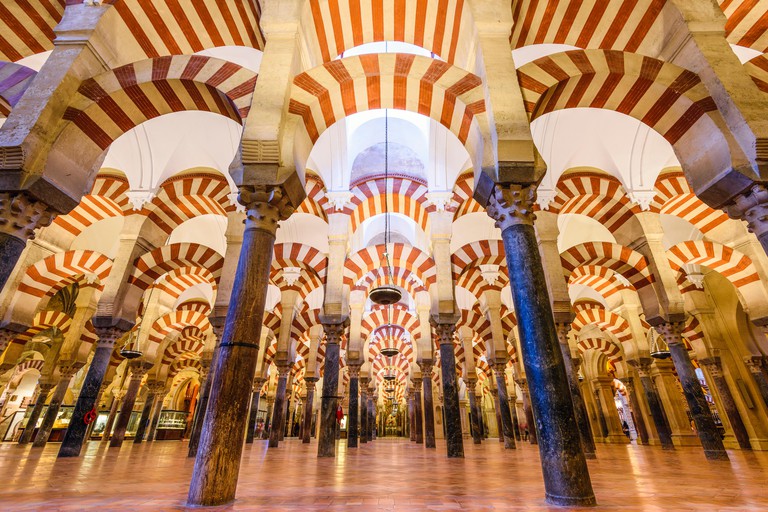 After the Moors captured Córdoba in 711, the city’s Visigothic church was halved and used by both Christians and Muslims until 784 when Abd al-Rahman I ordered its destruction. The great mosque built in its place was finally completed in 987, and the Renaissance nave in its centre was added by Charles V in the 16th century. The Mosque-Cathedral (Mezquita-Catedral) is situated in the city centre and is easily accessible on foot. Tickets cost €11 (£10) and are available to purchase online or on-site, where the queues move quickly.

Ruins
Facebook
Email
Twitter
Pinterest
Copy link
Share
Map View
Construction of the “Shining City”, the administrative capital of Medieval Moorish Spain, started in 936 on the orders of the Umayyad Caliph of Córdoba. The site was developed until 1010, after which it was sacked and abandoned. Even though what’s visible today only represents about 10 percent of the original city, it gives a real sense of its former splendour. The Medina Azahara ruins are located 8km (5mi), west of Córdoba and are reachable by car. Alternatively, you can take a return bus from Avenida del Alcazar in the city centre. Entry is free for EU citizens and €1.50 (£1.35) for everyone else.
Open In Google Maps
km 5.5 Carretera Palma del Río, Córdoba, Andalucía, 14005, Spain
+34957103637
Visit Website
Give us feedback 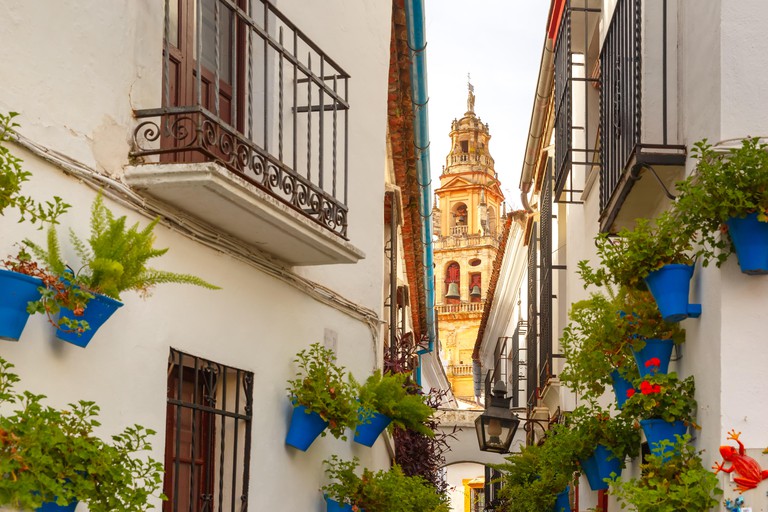 Central Córdoba is made up of the city’s oldest and most attractive neighbourhoods. Be sure to visit the flower-filled Calleja de las Flores in San Basilio, the Roman temple in San Andrés-San Pablo and the 14th-century synagogue in Judería, the former Jewish quarter. For drinks and tapas, head to the trendy bars that line Calle San Fernando. Córdoba’s old town can be explored in a single day and on foot; many of its cobbled, winding streets are pedestrian-only. But be warned: this is one of Spain’s hottest cities, so avoid visiting in July or August. The best times to go are spring or autumn. 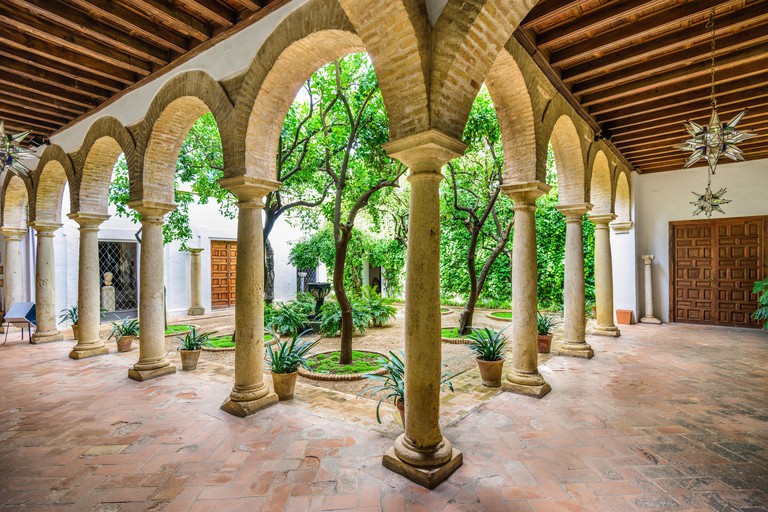 © Sean Pavone / Alamy Stock Photo
The Palacio de Viana was built in the 15th century by one of Córdoba’s wealthiest families and served as a home for aristocracy until the late 20th century. It’s also known as the “Museum of the Courtyards” after its 12 colourful patios, each of which dates from a different period of the building’s past. The palace lies in Córdoba’s historic Santa Marina barrio and is easily reached on foot. Entry to all 12 patios and the palace itself (only the ground floor is open to the public) costs €10 (£9).
Open In Google Maps
2 Plaza de Don Gome, Córdoba, Andalucía, 14001, Spain
+34957496741
Visit Website
Give us feedback

At the northern end of the bar-lined Calle San Fernando are the remains of Córdoba’s Roman temple (Templo Romano), discovered during work on the neighbouring town hall in the 1950s. The 11 extant columns belonged to a temple built during the first century, under the reign of Emperor Claudius, and were renovated in the second century. They’re best admired from the terrace of La Cuarta, a popular restaurant over the road. 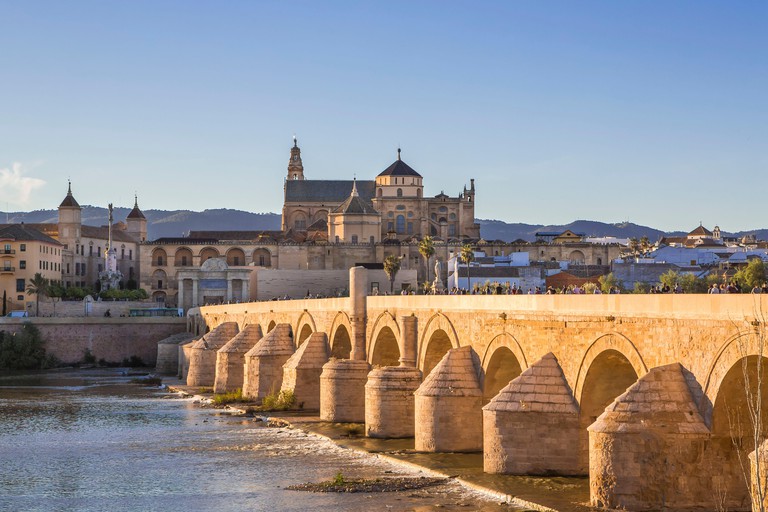 © mauritius images GmbH / Alamy Stock Photo
Directly opposite the Mosque-Cathedral, Córdoba’s Roman Bridge (Puente Romano) stretches out over the green waters of the Guadalquivir. A chunky stone structure originally dating from the first century, it was extensively rebuilt by the Moors during the 10th century. The most recent renovations were made in 2006. At the bridge’s southern end is the Torre de la Calahorra, a Moorish defensive tower augmented by King Enrique II of Castile in the late 14th century.
Open In Google Maps
s/n Avenida del Alcázar, Córdoba, Andalucía, 14003, Spain
+34957499900
Visit Website
Give us feedback
Give us feedback